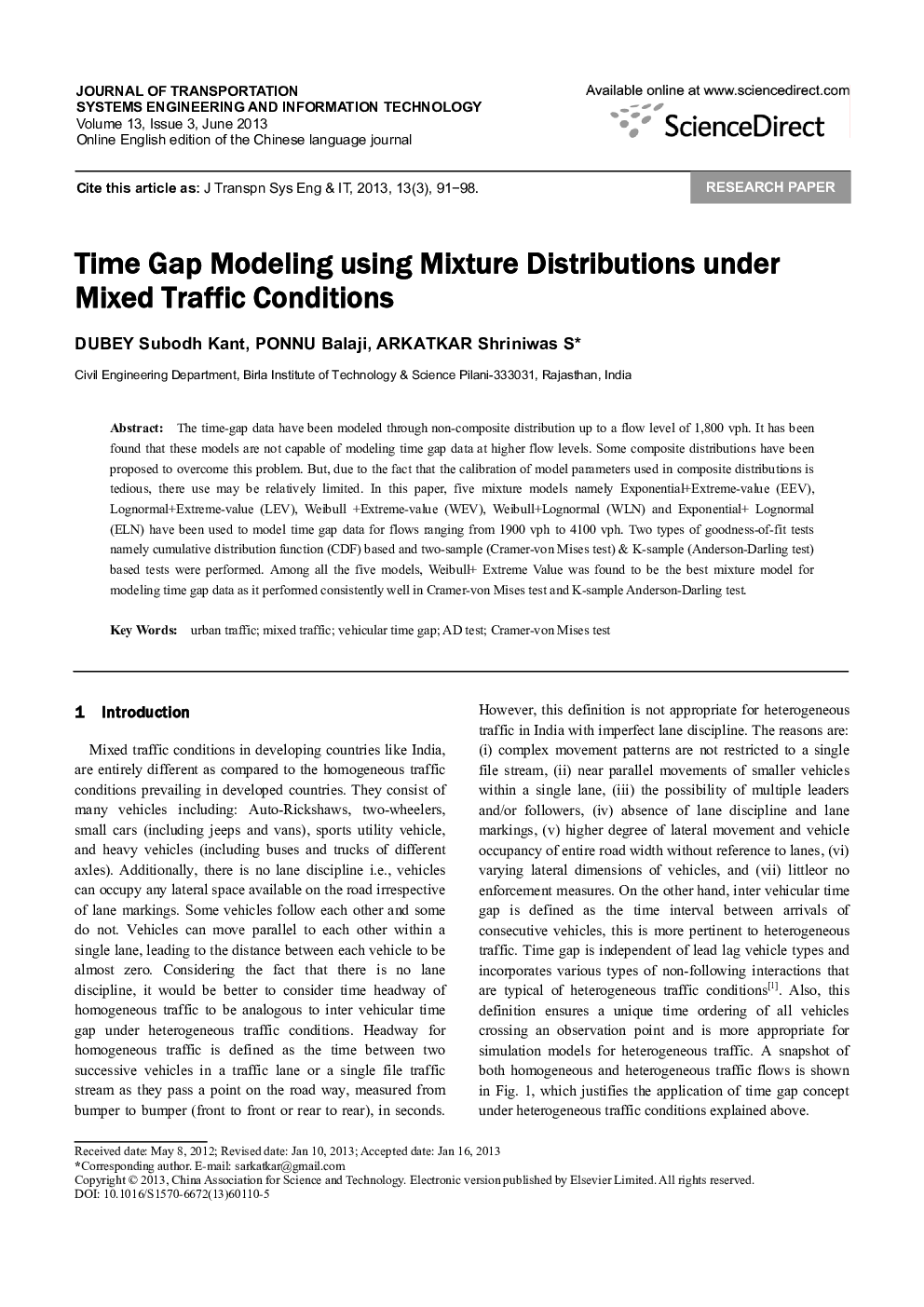 The time-gap data have been modeled through non-composite distribution up to a flow level of 1,800 vph. It has been found that these models are not capable of modeling time gap data at higher flow levels. Some composite distributions have been proposed to overcome this problem. But, due to the fact that the calibration of model parameters used in composite distributions is tedious, there use may be relatively limited. In this paper, five mixture models namely Exponential+Extreme-value (EEV), Lognormal+Extreme-value (LEV), Weibull +Extreme-value (WEV), Weibull+Lognormal (WLN) and Exponential+ Lognormal (ELN) have been used to model time gap data for flows ranging from 1900 vph to 4100 vph. Two types of goodness-of-fit tests namely cumulative distribution function (CDF) based and two-sample (Cramer-von Mises test) & K-sample (Anderson-Darling test) based tests were performed. Among all the five models, Weibull+ Extreme Value was found to be the best mixture model for modeling time gap data as it performed consistently well in Cramer-von Mises test and K-sample Anderson-Darling test.