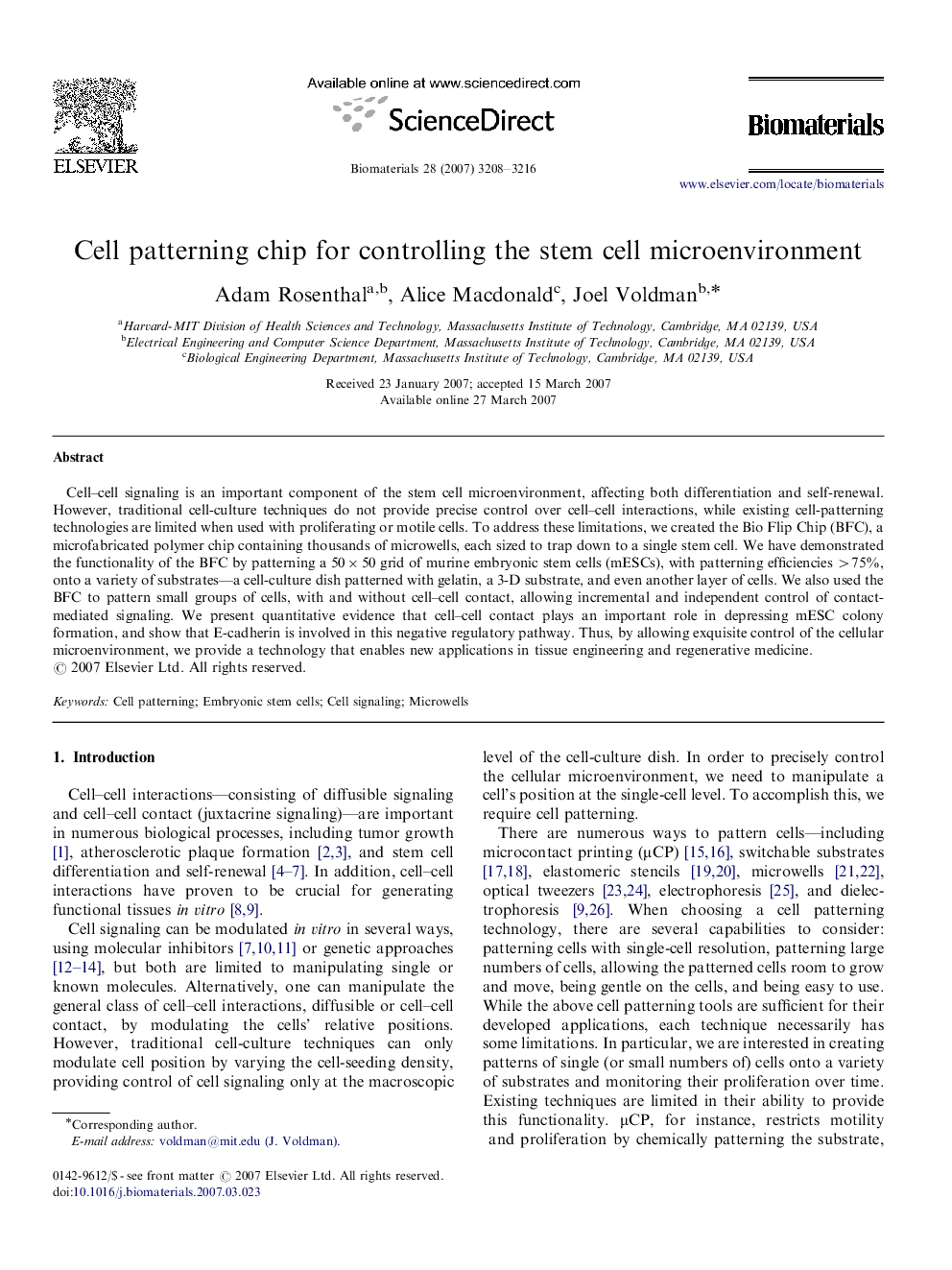 Cell–cell signaling is an important component of the stem cell microenvironment, affecting both differentiation and self-renewal. However, traditional cell-culture techniques do not provide precise control over cell–cell interactions, while existing cell-patterning technologies are limited when used with proliferating or motile cells. To address these limitations, we created the Bio Flip Chip (BFC), a microfabricated polymer chip containing thousands of microwells, each sized to trap down to a single stem cell. We have demonstrated the functionality of the BFC by patterning a 50×50 grid of murine embryonic stem cells (mESCs), with patterning efficiencies >75%, onto a variety of substrates—a cell-culture dish patterned with gelatin, a 3-D substrate, and even another layer of cells. We also used the BFC to pattern small groups of cells, with and without cell–cell contact, allowing incremental and independent control of contact-mediated signaling. We present quantitative evidence that cell–cell contact plays an important role in depressing mESC colony formation, and show that E-cadherin is involved in this negative regulatory pathway. Thus, by allowing exquisite control of the cellular microenvironment, we provide a technology that enables new applications in tissue engineering and regenerative medicine.