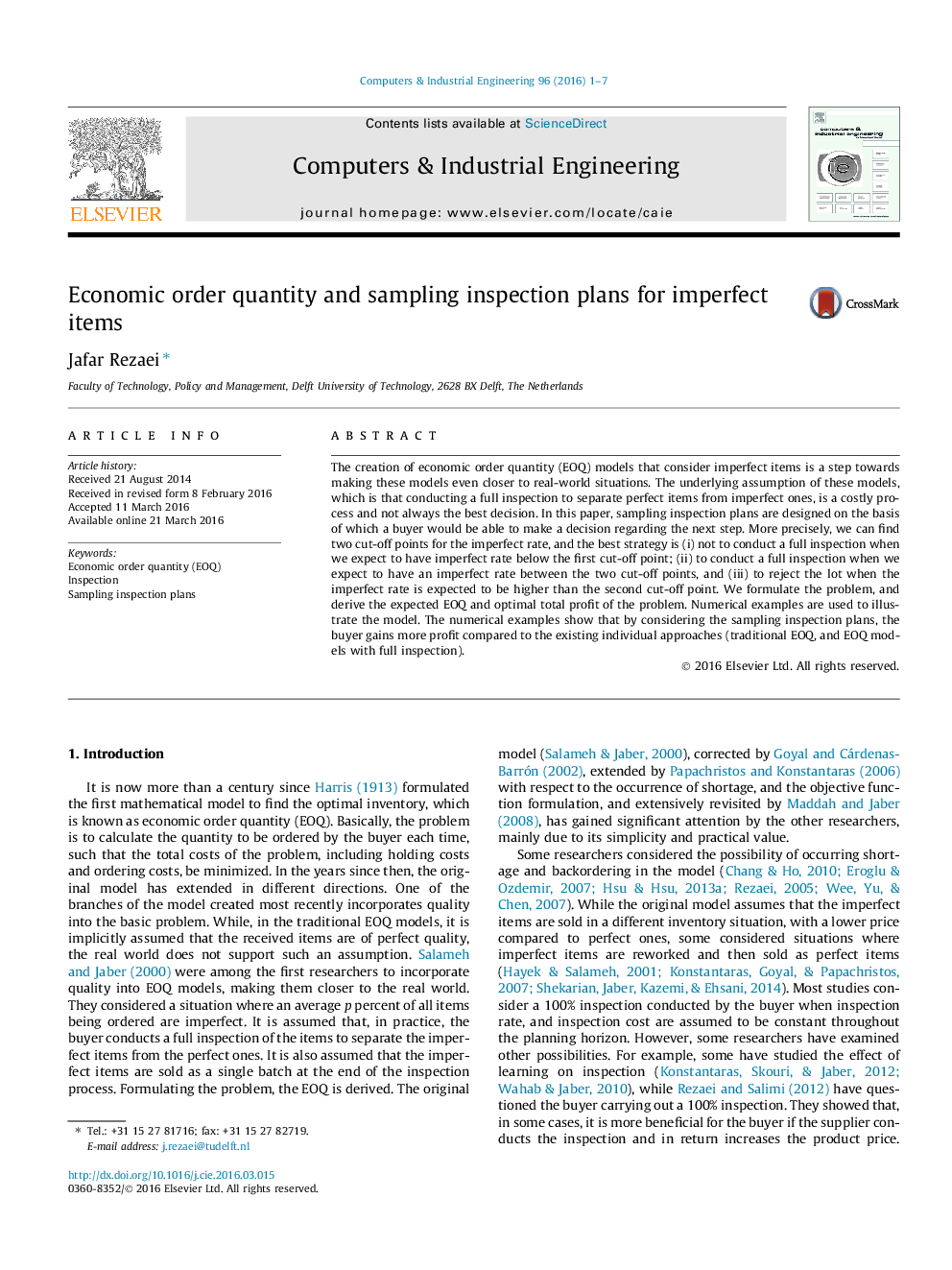 The creation of economic order quantity (EOQ) models that consider imperfect items is a step towards making these models even closer to real-world situations. The underlying assumption of these models, which is that conducting a full inspection to separate perfect items from imperfect ones, is a costly process and not always the best decision. In this paper, sampling inspection plans are designed on the basis of which a buyer would be able to make a decision regarding the next step. More precisely, we can find two cut-off points for the imperfect rate, and the best strategy is (i) not to conduct a full inspection when we expect to have imperfect rate below the first cut-off point; (ii) to conduct a full inspection when we expect to have an imperfect rate between the two cut-off points, and (iii) to reject the lot when the imperfect rate is expected to be higher than the second cut-off point. We formulate the problem, and derive the expected EOQ and optimal total profit of the problem. Numerical examples are used to illustrate the model. The numerical examples show that by considering the sampling inspection plans, the buyer gains more profit compared to the existing individual approaches (traditional EOQ, and EOQ models with full inspection).