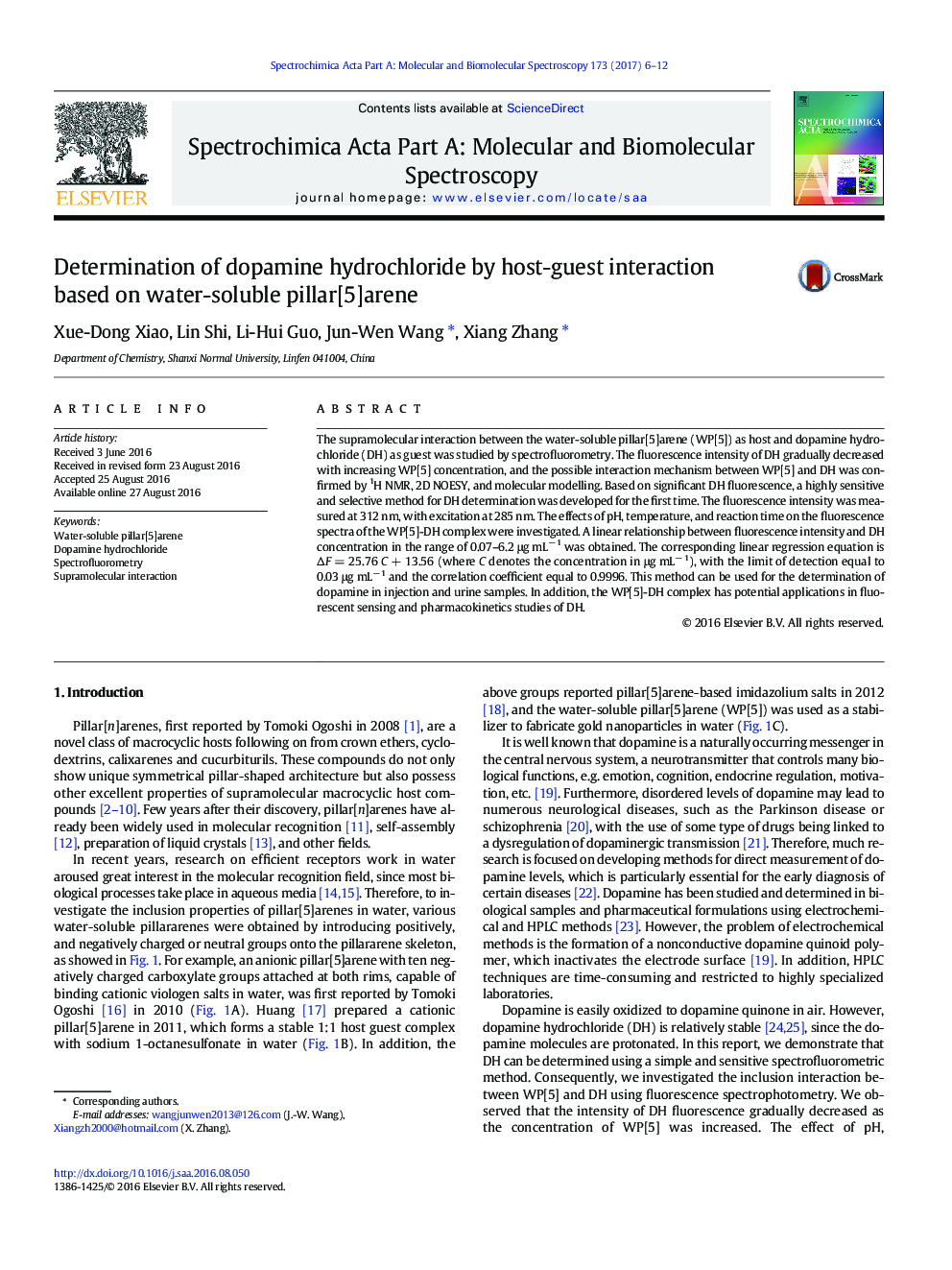 • The supramolecular interaction between the WP[5] and DH was studied.
• A highly sensitive and selective method for DH determination was developed.
• The WP[5]-DH complex has potential applications in fluorescent sensing.

The supramolecular interaction between the water-soluble pillar[5]arene (WP[5]) as host and dopamine hydrochloride (DH) as guest was studied by spectrofluorometry. The fluorescence intensity of DH gradually decreased with increasing WP[5] concentration, and the possible interaction mechanism between WP[5] and DH was confirmed by 1H NMR, 2D NOESY, and molecular modelling. Based on significant DH fluorescence, a highly sensitive and selective method for DH determination was developed for the first time. The fluorescence intensity was measured at 312 nm, with excitation at 285 nm. The effects of pH, temperature, and reaction time on the fluorescence spectra of the WP[5]-DH complex were investigated. A linear relationship between fluorescence intensity and DH concentration in the range of 0.07–6.2 μg mL− 1 was obtained. The corresponding linear regression equation is ΔF = 25.76 C + 13.56 (where C denotes the concentration in μg mL− 1), with the limit of detection equal to 0.03 μg mL− 1 and the correlation coefficient equal to 0.9996. This method can be used for the determination of dopamine in injection and urine samples. In addition, the WP[5]-DH complex has potential applications in fluorescent sensing and pharmacokinetics studies of DH.