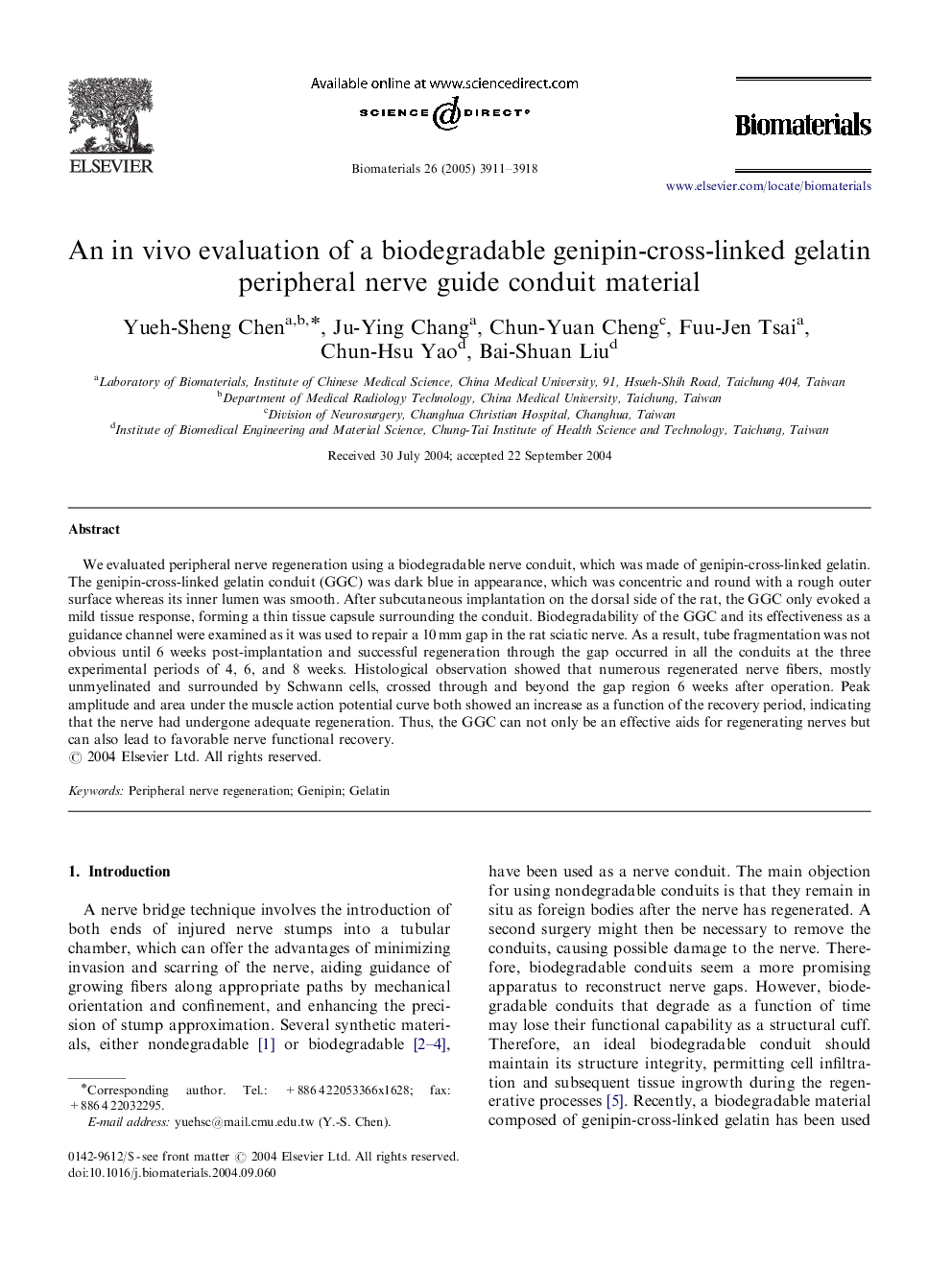 We evaluated peripheral nerve regeneration using a biodegradable nerve conduit, which was made of genipin-cross-linked gelatin. The genipin-cross-linked gelatin conduit (GGC) was dark blue in appearance, which was concentric and round with a rough outer surface whereas its inner lumen was smooth. After subcutaneous implantation on the dorsal side of the rat, the GGC only evoked a mild tissue response, forming a thin tissue capsule surrounding the conduit. Biodegradability of the GGC and its effectiveness as a guidance channel were examined as it was used to repair a 10 mm gap in the rat sciatic nerve. As a result, tube fragmentation was not obvious until 6 weeks post-implantation and successful regeneration through the gap occurred in all the conduits at the three experimental periods of 4, 6, and 8 weeks. Histological observation showed that numerous regenerated nerve fibers, mostly unmyelinated and surrounded by Schwann cells, crossed through and beyond the gap region 6 weeks after operation. Peak amplitude and area under the muscle action potential curve both showed an increase as a function of the recovery period, indicating that the nerve had undergone adequate regeneration. Thus, the GGC can not only be an effective aids for regenerating nerves but can also lead to favorable nerve functional recovery.