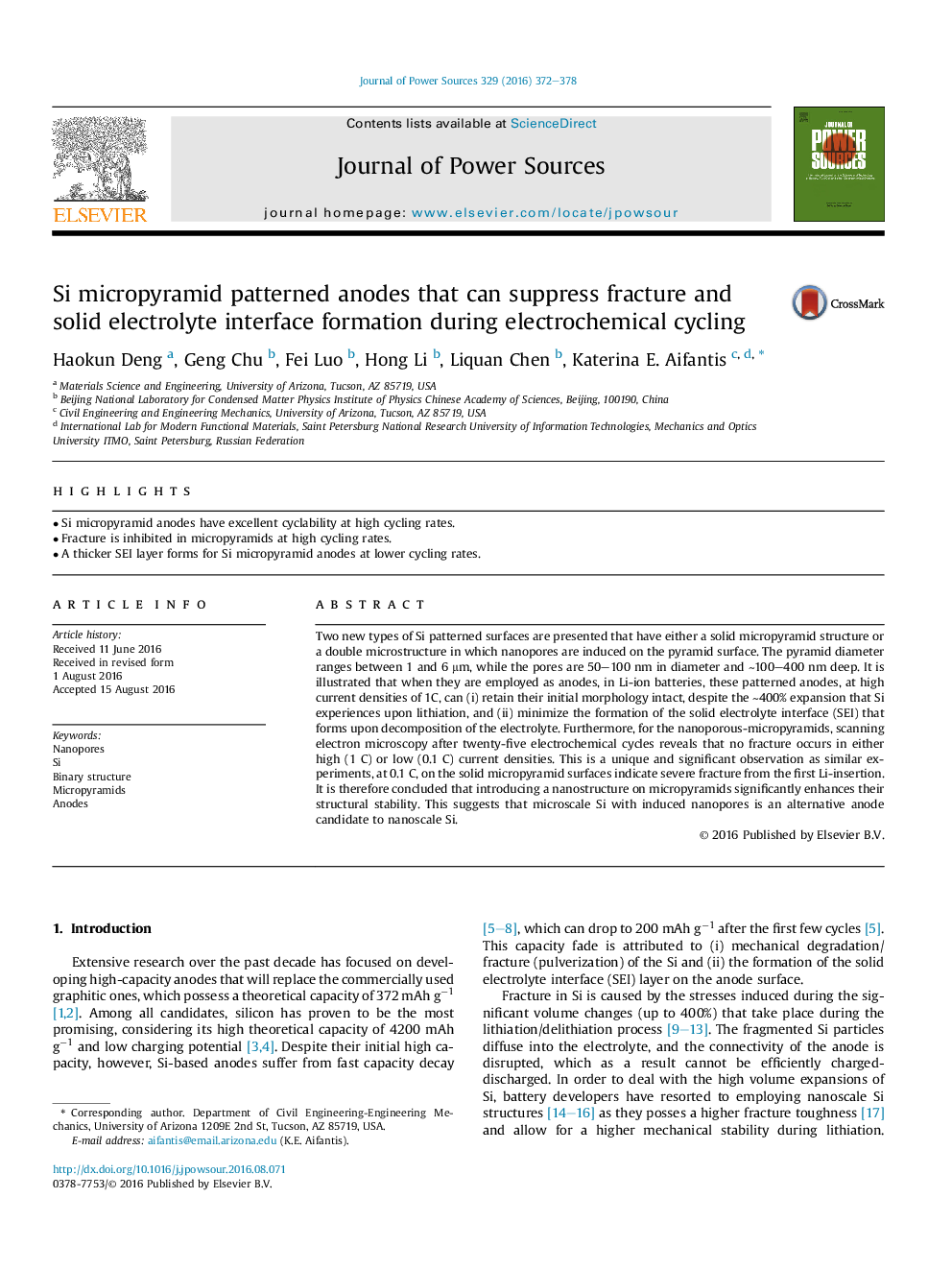 Two new types of Si patterned surfaces are presented that have either a solid micropyramid structure or a double microstructure in which nanopores are induced on the pyramid surface. The pyramid diameter ranges between 1 and 6 μm, while the pores are 50–100 nm in diameter and ∼100–400 nm deep. It is illustrated that when they are employed as anodes, in Li-ion batteries, these patterned anodes, at high current densities of 1C, can (i) retain their initial morphology intact, despite the ∼400% expansion that Si experiences upon lithiation, and (ii) minimize the formation of the solid electrolyte interface (SEI) that forms upon decomposition of the electrolyte. Furthermore, for the nanoporous-micropyramids, scanning electron microscopy after twenty-five electrochemical cycles reveals that no fracture occurs in either high (1 C) or low (0.1 C) current densities. This is a unique and significant observation as similar experiments, at 0.1 C, on the solid micropyramid surfaces indicate severe fracture from the first Li-insertion. It is therefore concluded that introducing a nanostructure on micropyramids significantly enhances their structural stability. This suggests that microscale Si with induced nanopores is an alternative anode candidate to nanoscale Si.