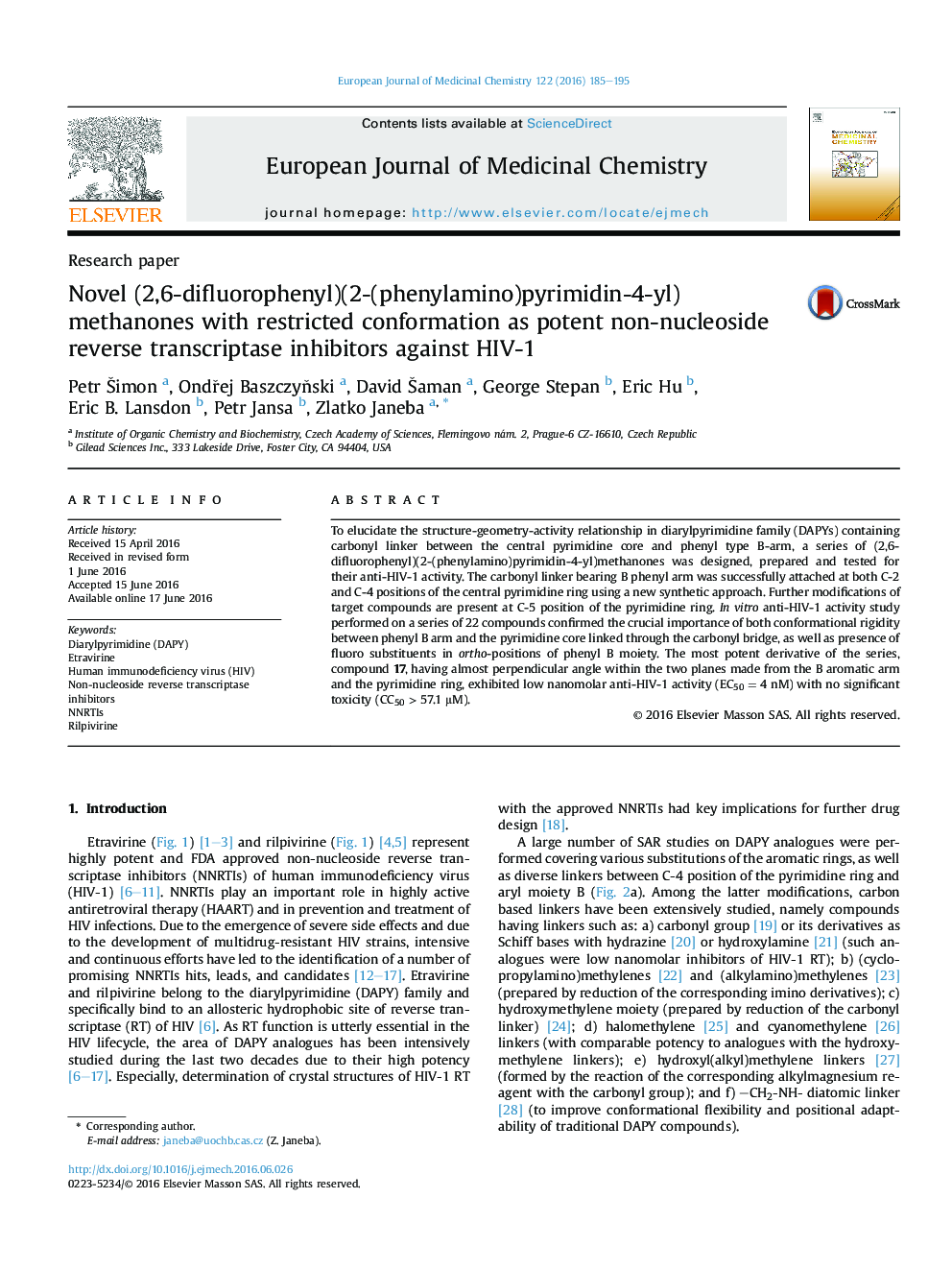 To elucidate the structure-geometry-activity relationship in diarylpyrimidine family (DAPYs) containing carbonyl linker between the central pyrimidine core and phenyl type B-arm, a series of (2,6-difluorophenyl)(2-(phenylamino)pyrimidin-4-yl)methanones was designed, prepared and tested for their anti-HIV-1 activity. The carbonyl linker bearing B phenyl arm was successfully attached at both C-2 and C-4 positions of the central pyrimidine ring using a new synthetic approach. Further modifications of target compounds are present at C-5 position of the pyrimidine ring. In vitro anti-HIV-1 activity study performed on a series of 22 compounds confirmed the crucial importance of both conformational rigidity between phenyl B arm and the pyrimidine core linked through the carbonyl bridge, as well as presence of fluoro substituents in ortho-positions of phenyl B moiety. The most potent derivative of the series, compound 17, having almost perpendicular angle within the two planes made from the B aromatic arm and the pyrimidine ring, exhibited low nanomolar anti-HIV-1 activity (EC50 = 4 nM) with no significant toxicity (CC50 > 57.1 μM).