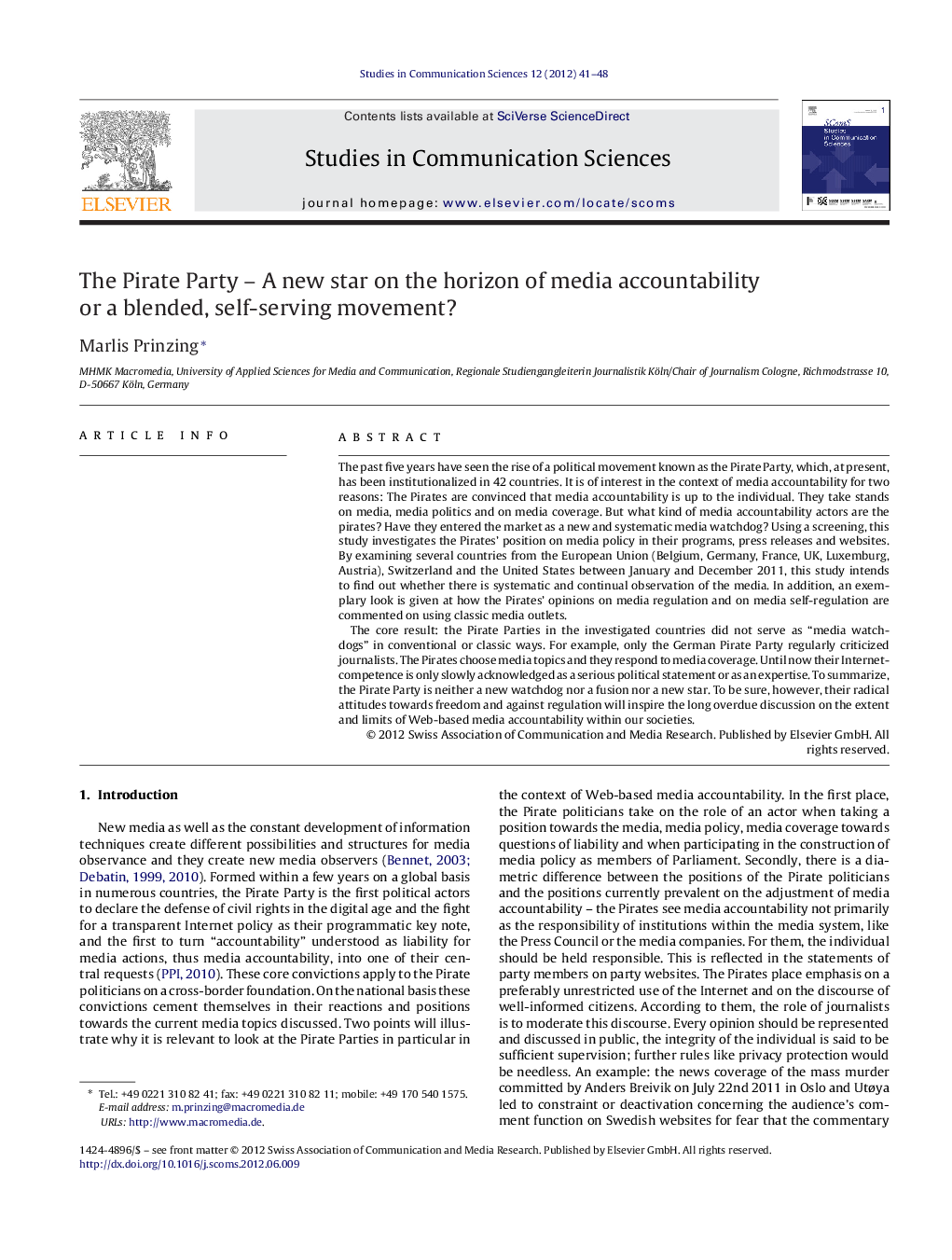 The past five years have seen the rise of a political movement known as the Pirate Party, which, at present, has been institutionalized in 42 countries. It is of interest in the context of media accountability for two reasons: The Pirates are convinced that media accountability is up to the individual. They take stands on media, media politics and on media coverage. But what kind of media accountability actors are the pirates? Have they entered the market as a new and systematic media watchdog? Using a screening, this study investigates the Pirates’ position on media policy in their programs, press releases and websites. By examining several countries from the European Union (Belgium, Germany, France, UK, Luxemburg, Austria), Switzerland and the United States between January and December 2011, this study intends to find out whether there is systematic and continual observation of the media. In addition, an exemplary look is given at how the Pirates’ opinions on media regulation and on media self-regulation are commented on using classic media outlets.The core result: the Pirate Parties in the investigated countries did not serve as “media watchdogs” in conventional or classic ways. For example, only the German Pirate Party regularly criticized journalists. The Pirates choose media topics and they respond to media coverage. Until now their Internet-competence is only slowly acknowledged as a serious political statement or as an expertise. To summarize, the Pirate Party is neither a new watchdog nor a fusion nor a new star. To be sure, however, their radical attitudes towards freedom and against regulation will inspire the long overdue discussion on the extent and limits of Web-based media accountability within our societies.