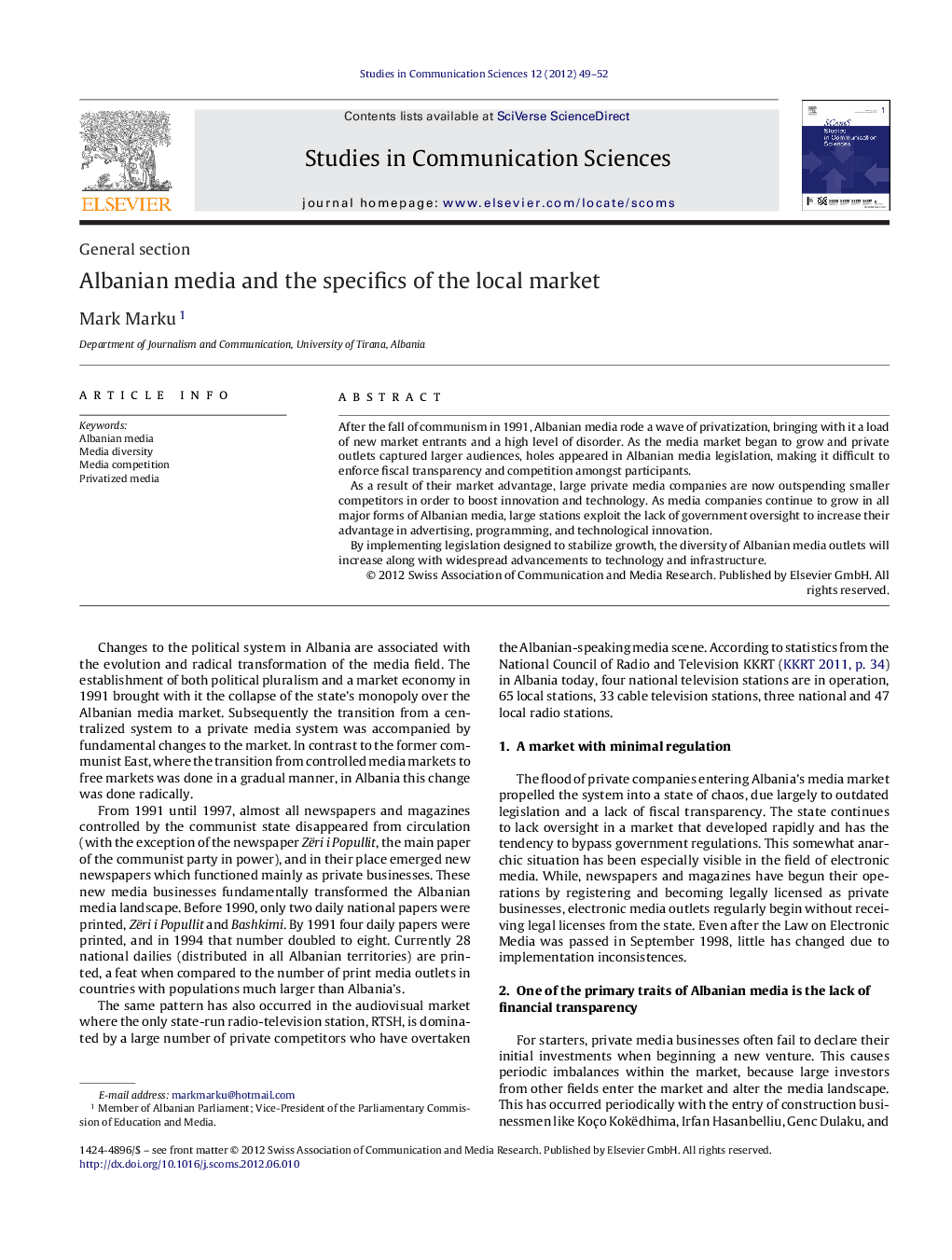 After the fall of communism in 1991, Albanian media rode a wave of privatization, bringing with it a load of new market entrants and a high level of disorder. As the media market began to grow and private outlets captured larger audiences, holes appeared in Albanian media legislation, making it difficult to enforce fiscal transparency and competition amongst participants.As a result of their market advantage, large private media companies are now outspending smaller competitors in order to boost innovation and technology. As media companies continue to grow in all major forms of Albanian media, large stations exploit the lack of government oversight to increase their advantage in advertising, programming, and technological innovation.By implementing legislation designed to stabilize growth, the diversity of Albanian media outlets will increase along with widespread advancements to technology and infrastructure.