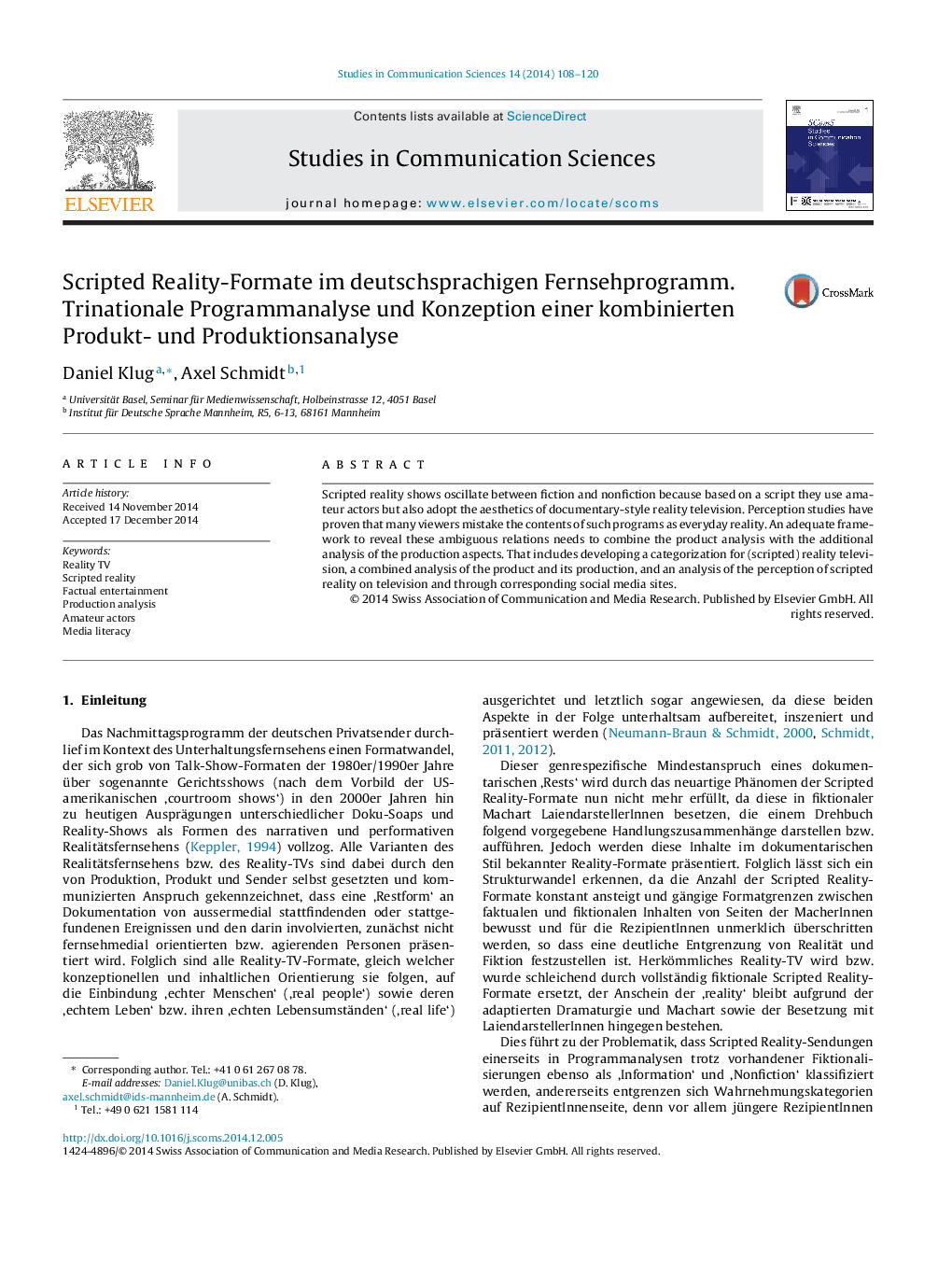 Scripted reality shows oscillate between fiction and nonfiction because based on a script they use amateur actors but also adopt the aesthetics of documentary-style reality television. Perception studies have proven that many viewers mistake the contents of such programs as everyday reality. An adequate framework to reveal these ambiguous relations needs to combine the product analysis with the additional analysis of the production aspects. That includes developing a categorization for (scripted) reality television, a combined analysis of the product and its production, and an analysis of the perception of scripted reality on television and through corresponding social media sites.