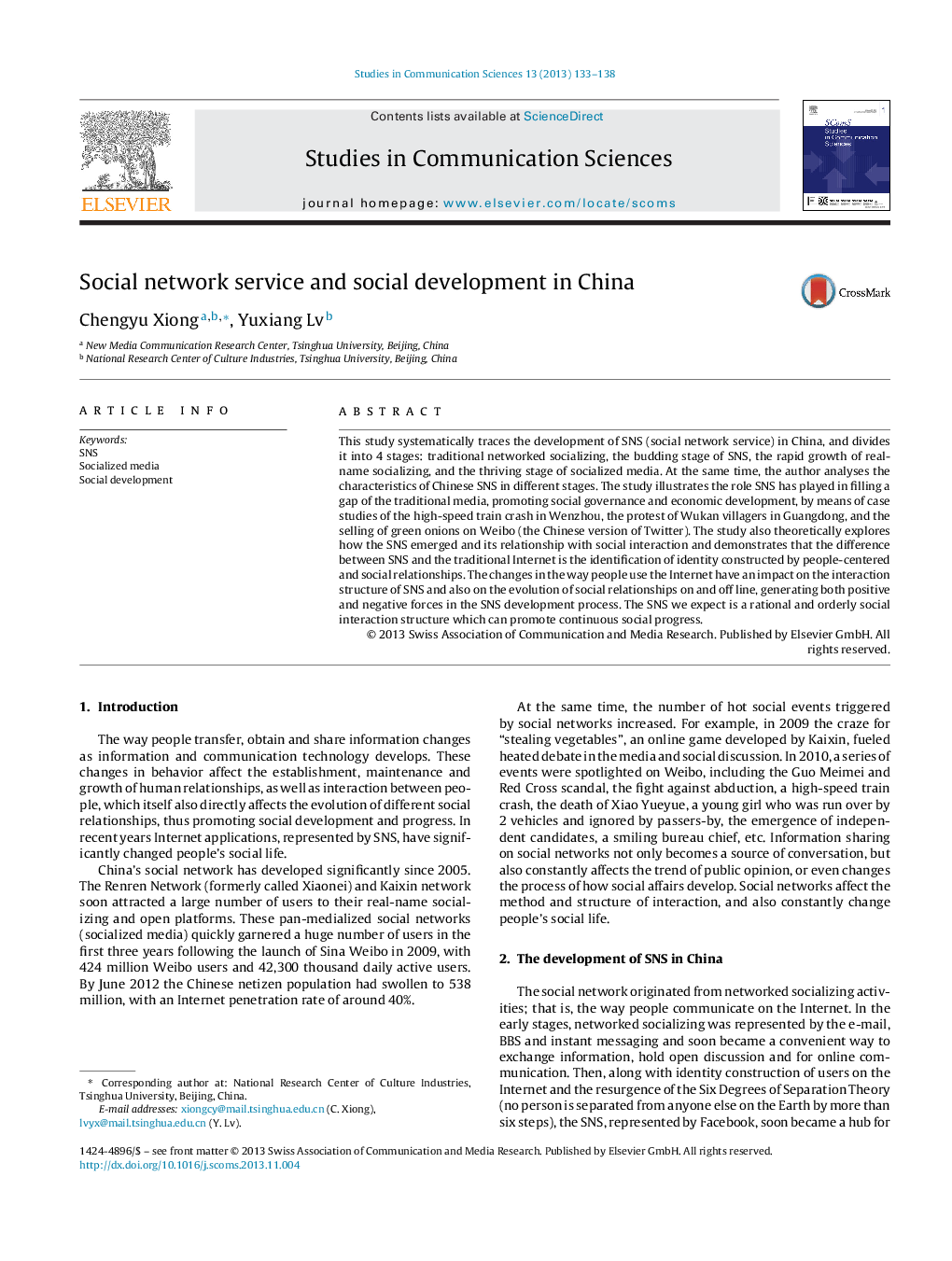 This study systematically traces the development of SNS (social network service) in China, and divides it into 4 stages: traditional networked socializing, the budding stage of SNS, the rapid growth of real-name socializing, and the thriving stage of socialized media. At the same time, the author analyses the characteristics of Chinese SNS in different stages. The study illustrates the role SNS has played in filling a gap of the traditional media, promoting social governance and economic development, by means of case studies of the high-speed train crash in Wenzhou, the protest of Wukan villagers in Guangdong, and the selling of green onions on Weibo (the Chinese version of Twitter). The study also theoretically explores how the SNS emerged and its relationship with social interaction and demonstrates that the difference between SNS and the traditional Internet is the identification of identity constructed by people-centered and social relationships. The changes in the way people use the Internet have an impact on the interaction structure of SNS and also on the evolution of social relationships on and off line, generating both positive and negative forces in the SNS development process. The SNS we expect is a rational and orderly social interaction structure which can promote continuous social progress.