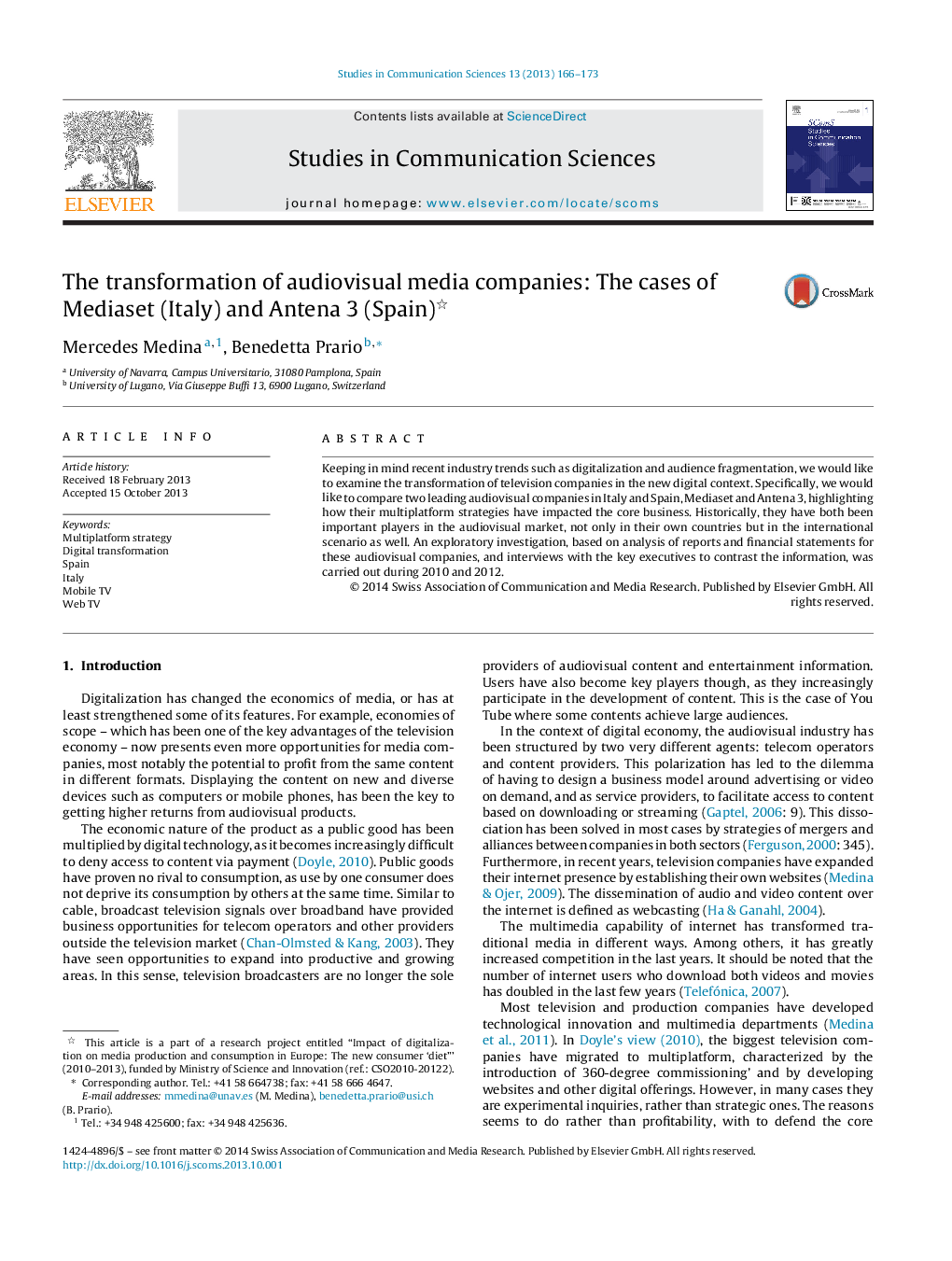 Keeping in mind recent industry trends such as digitalization and audience fragmentation, we would like to examine the transformation of television companies in the new digital context. Specifically, we would like to compare two leading audiovisual companies in Italy and Spain, Mediaset and Antena 3, highlighting how their multiplatform strategies have impacted the core business. Historically, they have both been important players in the audiovisual market, not only in their own countries but in the international scenario as well. An exploratory investigation, based on analysis of reports and financial statements for these audiovisual companies, and interviews with the key executives to contrast the information, was carried out during 2010 and 2012.