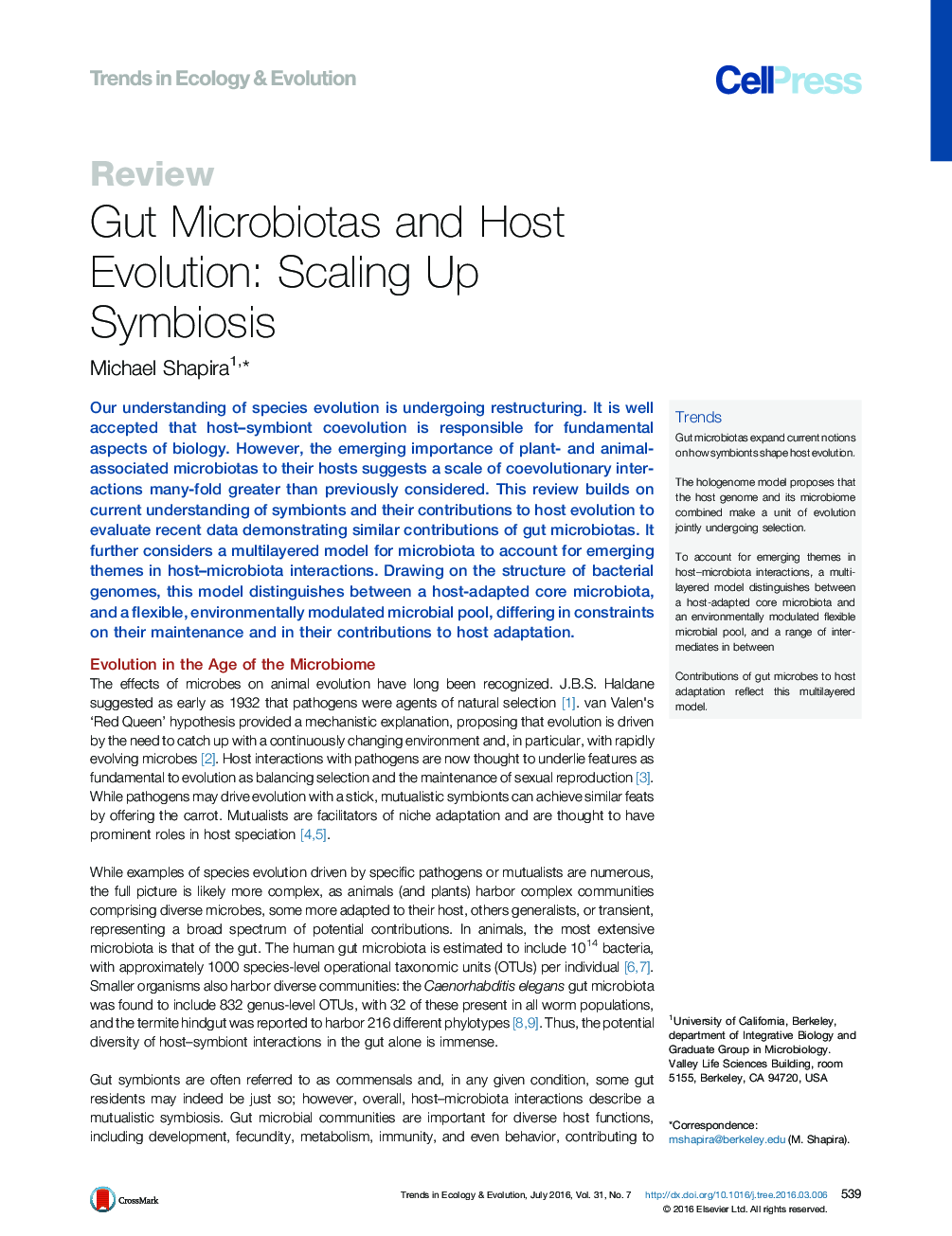 Our understanding of species evolution is undergoing restructuring. It is well accepted that host–symbiont coevolution is responsible for fundamental aspects of biology. However, the emerging importance of plant- and animal-associated microbiotas to their hosts suggests a scale of coevolutionary interactions many-fold greater than previously considered. This review builds on current understanding of symbionts and their contributions to host evolution to evaluate recent data demonstrating similar contributions of gut microbiotas. It further considers a multilayered model for microbiota to account for emerging themes in host–microbiota interactions. Drawing on the structure of bacterial genomes, this model distinguishes between a host-adapted core microbiota, and a flexible, environmentally modulated microbial pool, differing in constraints on their maintenance and in their contributions to host adaptation.

TrendsGut microbiotas expand current notions on how symbionts shape host evolution.The hologenome model proposes that the host genome and its microbiome combined make a unit of evolution jointly undergoing selection.To account for emerging themes in host–microbiota interactions, a multilayered model distinguishes between a host-adapted core microbiota and an environmentally modulated flexible microbial pool, and a range of intermediates in between.Contributions of gut microbes to host adaptation reflect this multilayered model.