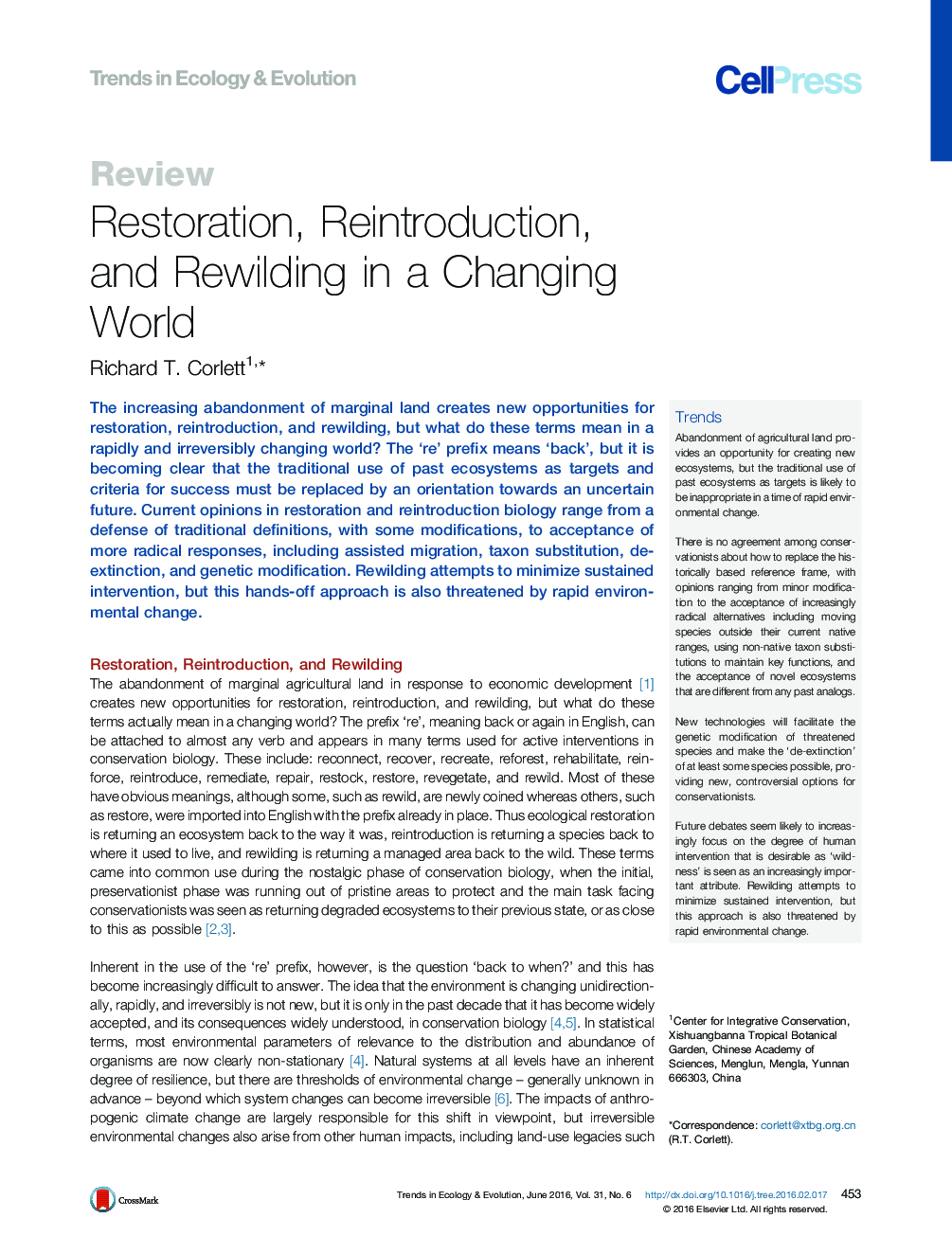 The increasing abandonment of marginal land creates new opportunities for restoration, reintroduction, and rewilding, but what do these terms mean in a rapidly and irreversibly changing world? The ‘re’ prefix means ‘back’, but it is becoming clear that the traditional use of past ecosystems as targets and criteria for success must be replaced by an orientation towards an uncertain future. Current opinions in restoration and reintroduction biology range from a defense of traditional definitions, with some modifications, to acceptance of more radical responses, including assisted migration, taxon substitution, de-extinction, and genetic modification. Rewilding attempts to minimize sustained intervention, but this hands-off approach is also threatened by rapid environmental change.

TrendsAbandonment of agricultural land provides an opportunity for creating new ecosystems, but the traditional use of past ecosystems as targets is likely to be inappropriate in a time of rapid environmental change.There is no agreement among conservationists about how to replace the historically based reference frame, with opinions ranging from minor modification to the acceptance of increasingly radical alternatives including moving species outside their current native ranges, using non-native taxon substitutions to maintain key functions, and the acceptance of novel ecosystems that are different from any past analogs.New technologies will facilitate the genetic modification of threatened species and make the ‘de-extinction’ of at least some species possible, providing new, controversial options for conservationists.Future debates seem likely to increasingly focus on the degree of human intervention that is desirable as ‘wildness’ is seen as an increasingly important attribute. Rewilding attempts to minimize sustained intervention, but this approach is also threatened by rapid environmental change.