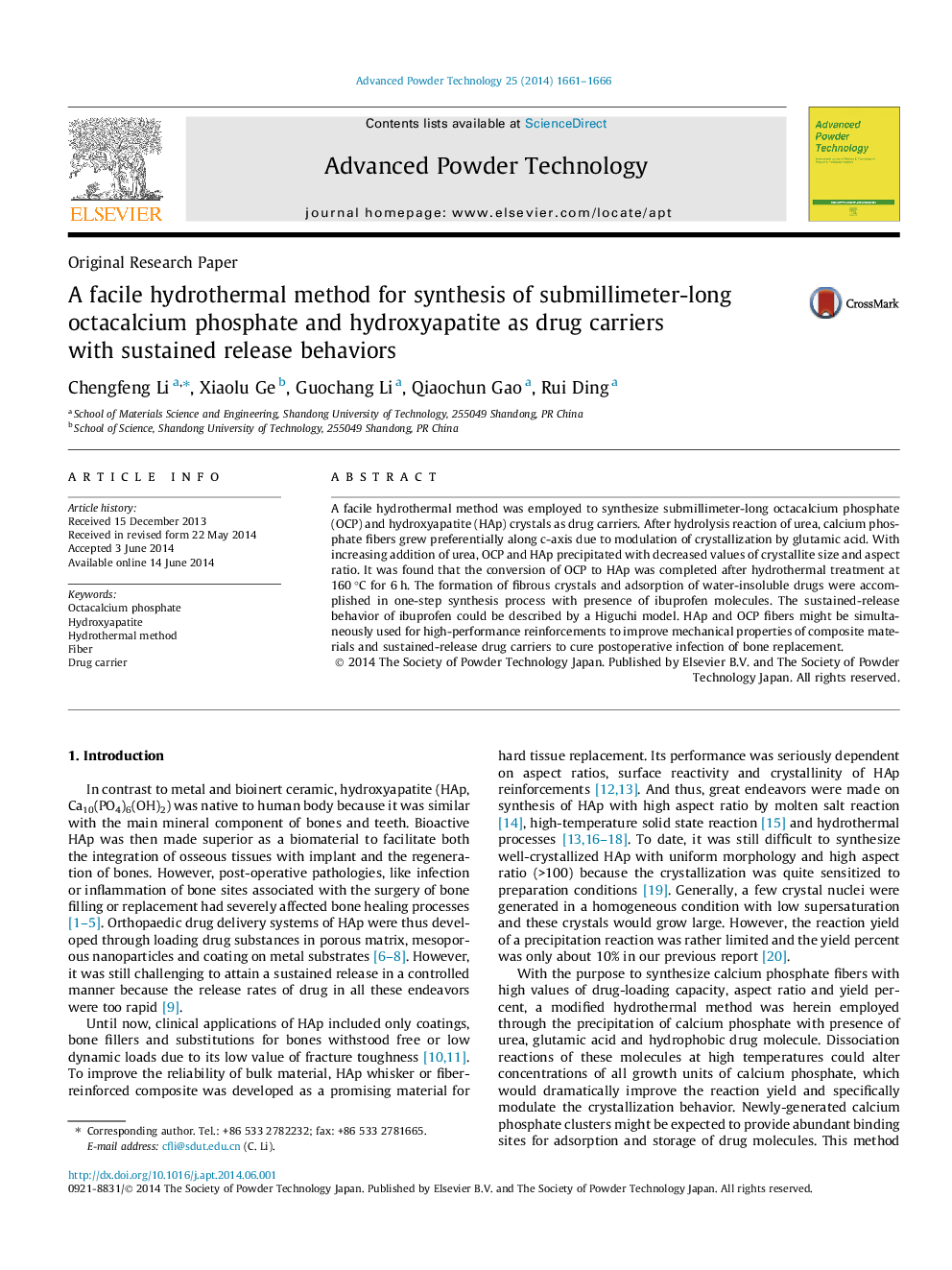 • Submillimeter-long fibers of HAp and OCP were prepared by a hydrothermal method.
• Both crystallite size and aspect ratio decreased with increasing addition of urea.
• Sustained release behavior of IBU from carriers was described by a Higuchi model.

A facile hydrothermal method was employed to synthesize submillimeter-long octacalcium phosphate (OCP) and hydroxyapatite (HAp) crystals as drug carriers. After hydrolysis reaction of urea, calcium phosphate fibers grew preferentially along c-axis due to modulation of crystallization by glutamic acid. With increasing addition of urea, OCP and HAp precipitated with decreased values of crystallite size and aspect ratio. It was found that the conversion of OCP to HAp was completed after hydrothermal treatment at 160 °C for 6 h. The formation of fibrous crystals and adsorption of water-insoluble drugs were accomplished in one-step synthesis process with presence of ibuprofen molecules. The sustained-release behavior of ibuprofen could be described by a Higuchi model. HAp and OCP fibers might be simultaneously used for high-performance reinforcements to improve mechanical properties of composite materials and sustained-release drug carriers to cure postoperative infection of bone replacement.