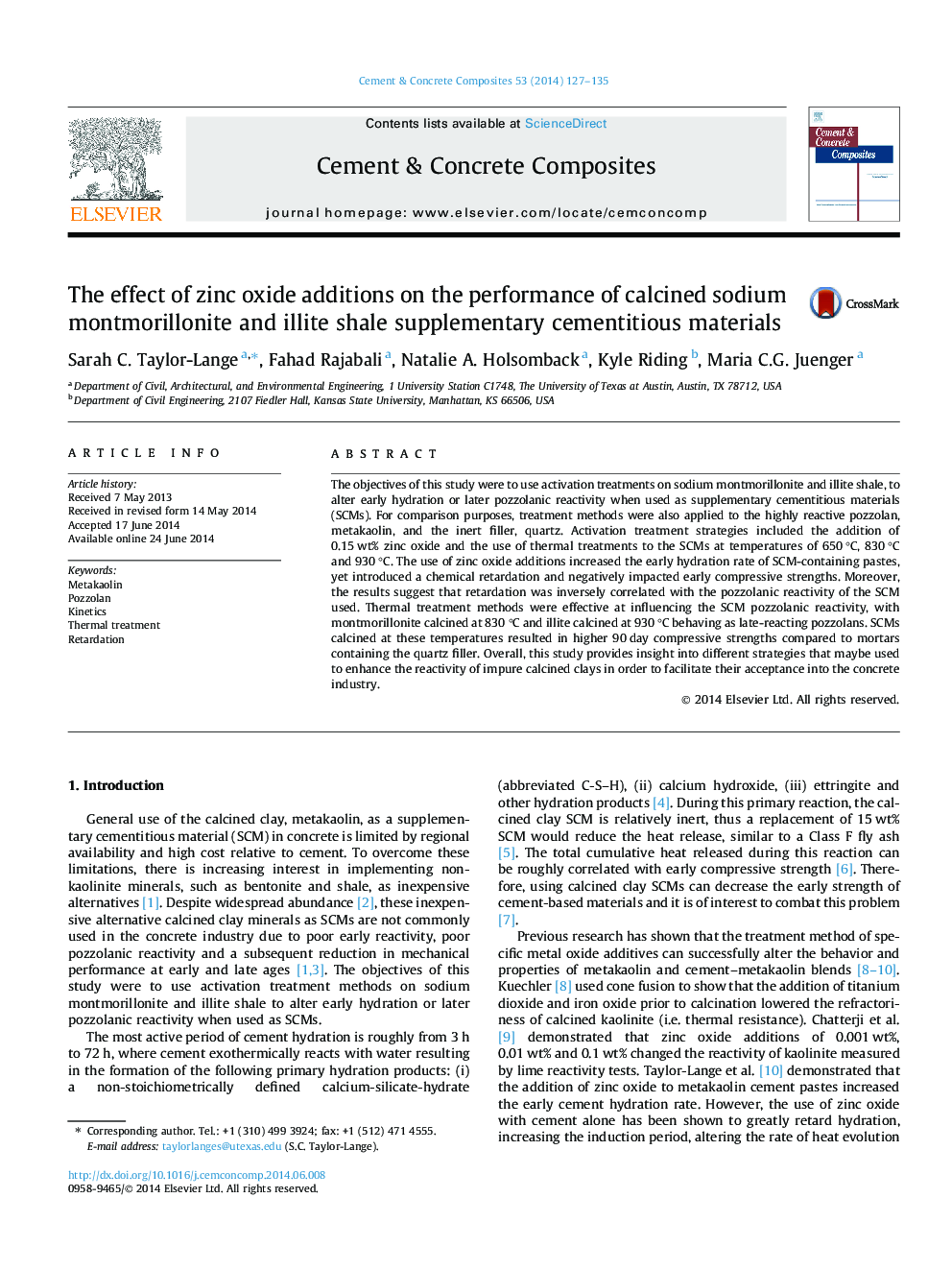 The objectives of this study were to use activation treatments on sodium montmorillonite and illite shale, to alter early hydration or later pozzolanic reactivity when used as supplementary cementitious materials (SCMs). For comparison purposes, treatment methods were also applied to the highly reactive pozzolan, metakaolin, and the inert filler, quartz. Activation treatment strategies included the addition of 0.15 wt% zinc oxide and the use of thermal treatments to the SCMs at temperatures of 650 °C, 830 °C and 930 °C. The use of zinc oxide additions increased the early hydration rate of SCM-containing pastes, yet introduced a chemical retardation and negatively impacted early compressive strengths. Moreover, the results suggest that retardation was inversely correlated with the pozzolanic reactivity of the SCM used. Thermal treatment methods were effective at influencing the SCM pozzolanic reactivity, with montmorillonite calcined at 830 °C and illite calcined at 930 °C behaving as late-reacting pozzolans. SCMs calcined at these temperatures resulted in higher 90 day compressive strengths compared to mortars containing the quartz filler. Overall, this study provides insight into different strategies that maybe used to enhance the reactivity of impure calcined clays in order to facilitate their acceptance into the concrete industry.