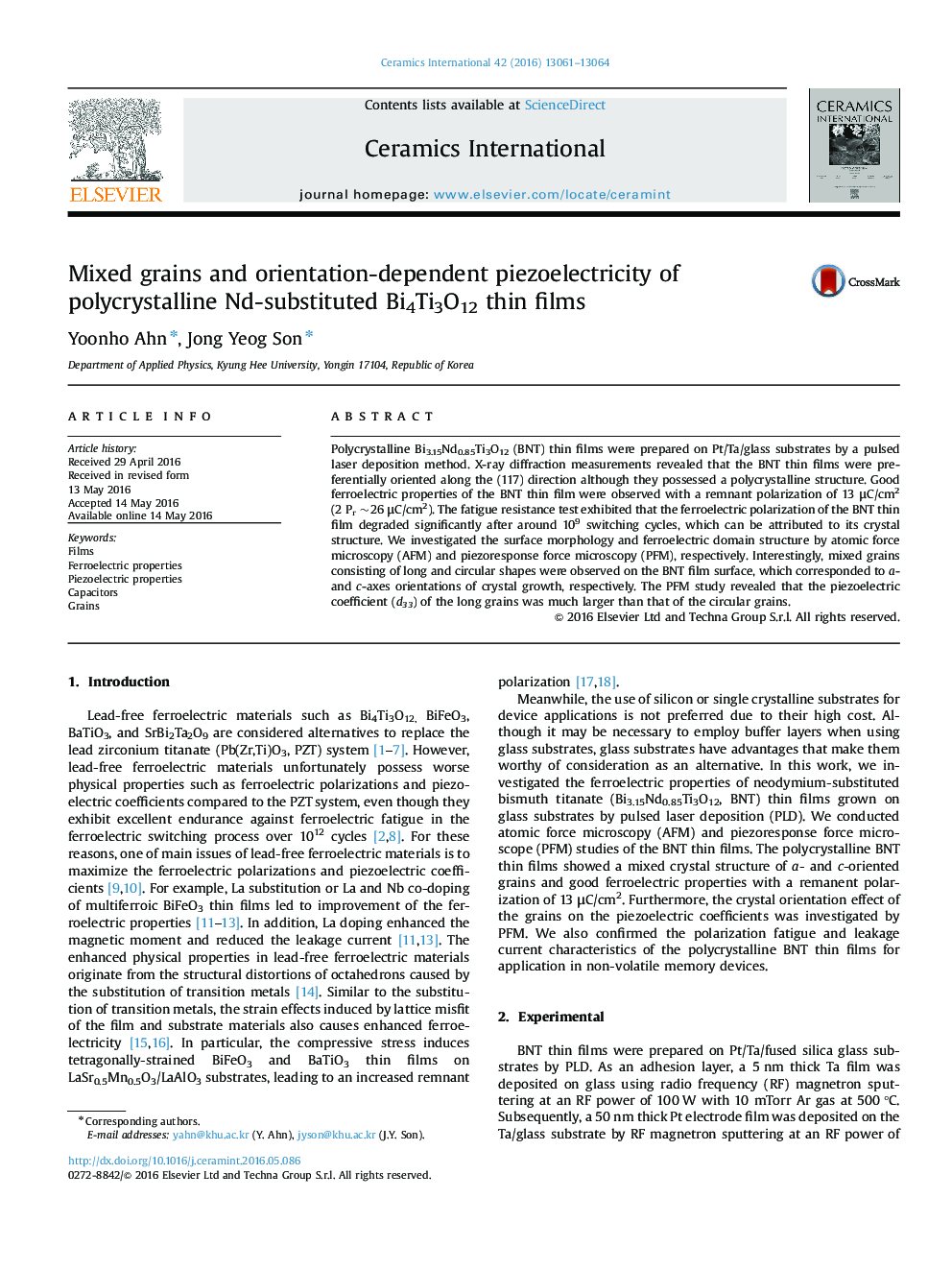 Polycrystalline Bi3.15Nd0.85Ti3O12 (BNT) thin films were prepared on Pt/Ta/glass substrates by a pulsed laser deposition method. X-ray diffraction measurements revealed that the BNT thin films were preferentially oriented along the (117) direction although they possessed a polycrystalline structure. Good ferroelectric properties of the BNT thin film were observed with a remnant polarization of 13 μC/cm2 (2 Pr ~26 μC/cm2). The fatigue resistance test exhibited that the ferroelectric polarization of the BNT thin film degraded significantly after around 109 switching cycles, which can be attributed to its crystal structure. We investigated the surface morphology and ferroelectric domain structure by atomic force microscopy (AFM) and piezoresponse force microscopy (PFM), respectively. Interestingly, mixed grains consisting of long and circular shapes were observed on the BNT film surface, which corresponded to a- and c-axes orientations of crystal growth, respectively. The PFM study revealed that the piezoelectric coefficient (d33) of the long grains was much larger than that of the circular grains.