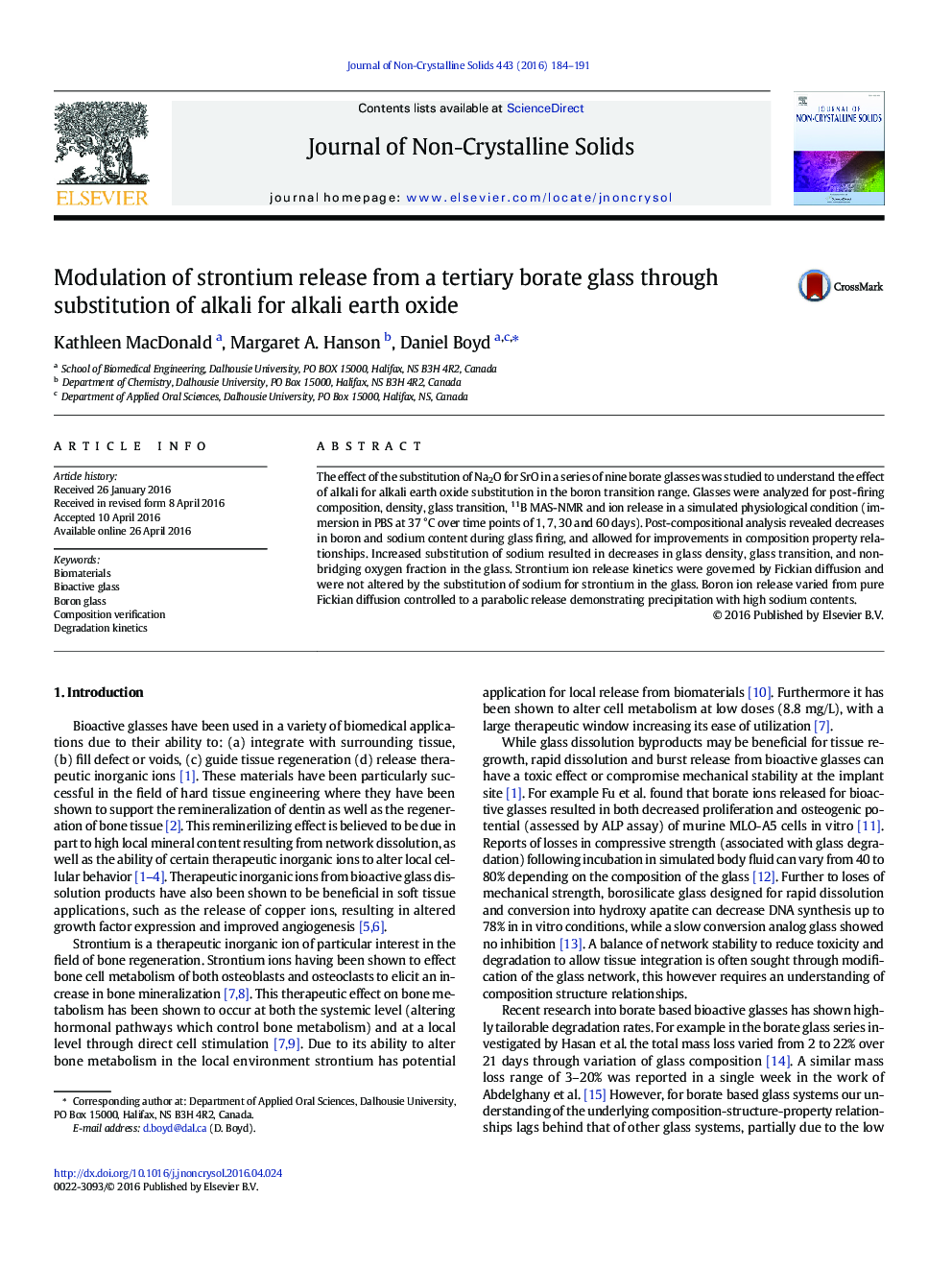 The effect of the substitution of Na2O for SrO in a series of nine borate glasses was studied to understand the effect of alkali for alkali earth oxide substitution in the boron transition range. Glasses were analyzed for post-firing composition, density, glass transition, 11B MAS-NMR and ion release in a simulated physiological condition (immersion in PBS at 37 °C over time points of 1, 7, 30 and 60 days). Post-compositional analysis revealed decreases in boron and sodium content during glass firing, and allowed for improvements in composition property relationships. Increased substitution of sodium resulted in decreases in glass density, glass transition, and non-bridging oxygen fraction in the glass. Strontium ion release kinetics were governed by Fickian diffusion and were not altered by the substitution of sodium for strontium in the glass. Boron ion release varied from pure Fickian diffusion controlled to a parabolic release demonstrating precipitation with high sodium contents.