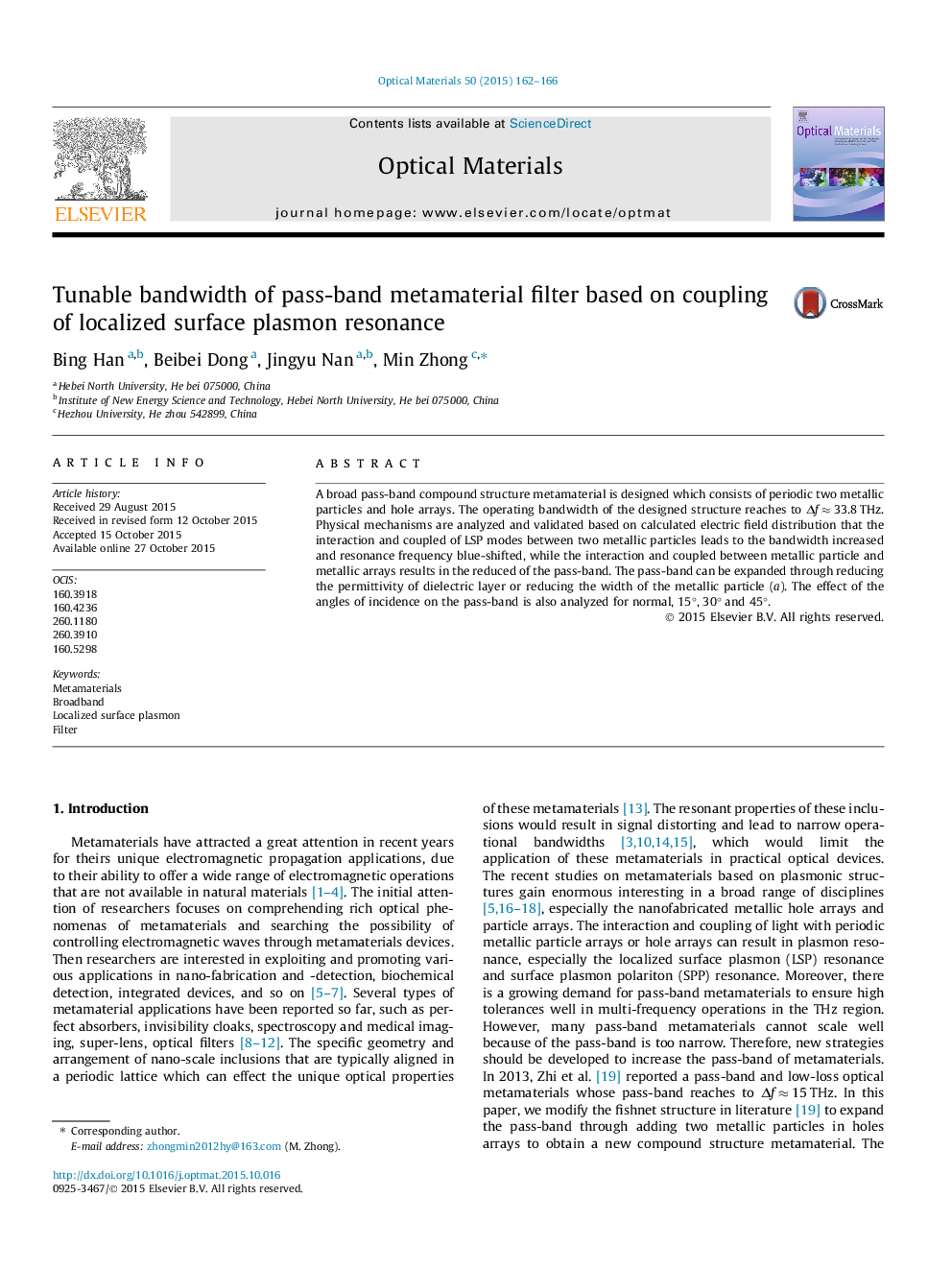 • A broad pass-band metamaterial is designed whose bandwidth reaches to Δf ≈ 33.8 THz.
• The interaction and coupled of LSP modes leads to the bandwidth changed.

A broad pass-band compound structure metamaterial is designed which consists of periodic two metallic particles and hole arrays. The operating bandwidth of the designed structure reaches to Δf ≈ 33.8 THz. Physical mechanisms are analyzed and validated based on calculated electric field distribution that the interaction and coupled of LSP modes between two metallic particles leads to the bandwidth increased and resonance frequency blue-shifted, while the interaction and coupled between metallic particle and metallic arrays results in the reduced of the pass-band. The pass-band can be expanded through reducing the permittivity of dielectric layer or reducing the width of the metallic particle (a). The effect of the angles of incidence on the pass-band is also analyzed for normal, 15°, 30° and 45°.