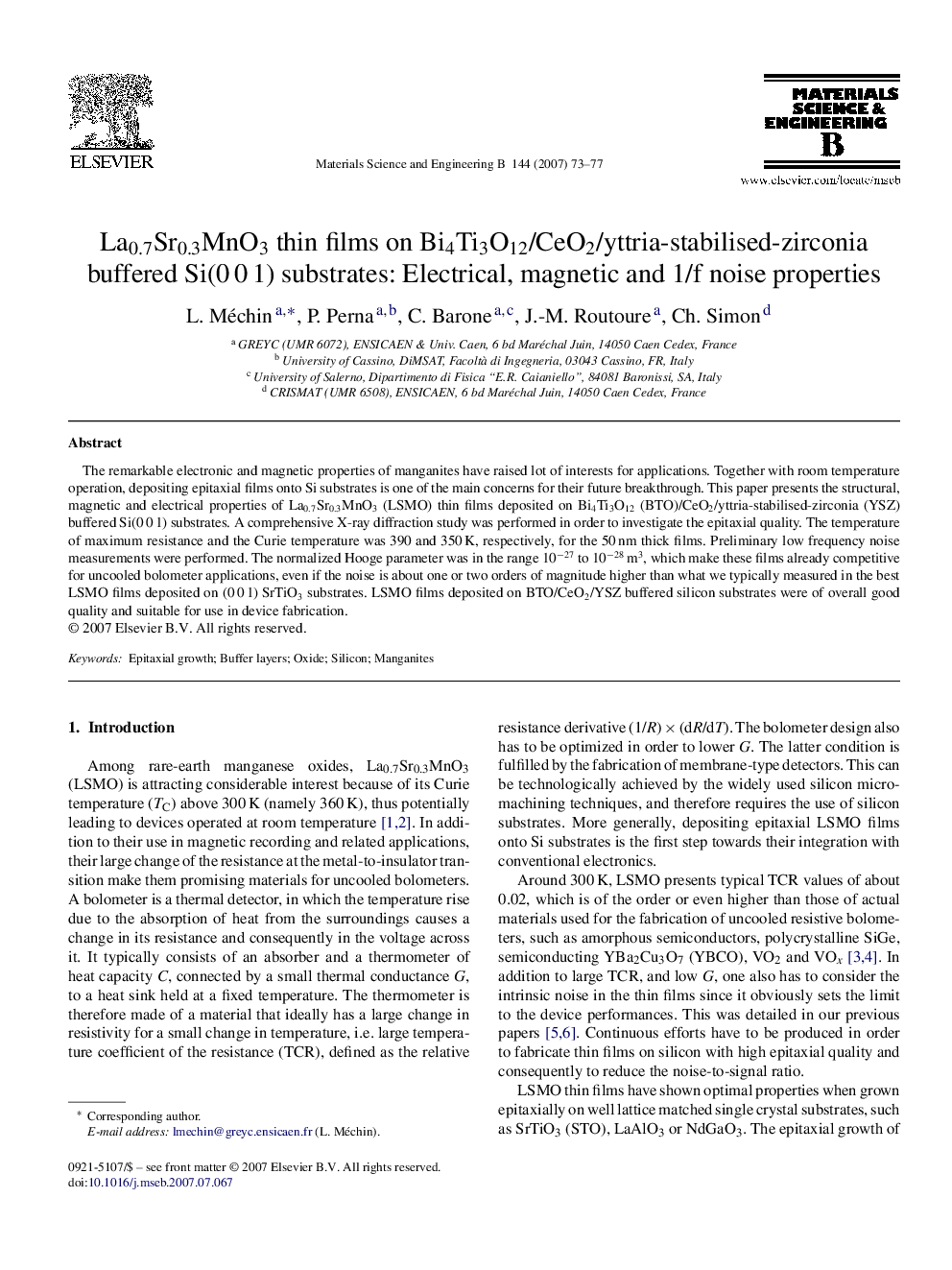 The remarkable electronic and magnetic properties of manganites have raised lot of interests for applications. Together with room temperature operation, depositing epitaxial films onto Si substrates is one of the main concerns for their future breakthrough. This paper presents the structural, magnetic and electrical properties of La0.7Sr0.3MnO3 (LSMO) thin films deposited on Bi4Ti3O12 (BTO)/CeO2/yttria-stabilised-zirconia (YSZ) buffered Si(0 0 1) substrates. A comprehensive X-ray diffraction study was performed in order to investigate the epitaxial quality. The temperature of maximum resistance and the Curie temperature was 390 and 350 K, respectively, for the 50 nm thick films. Preliminary low frequency noise measurements were performed. The normalized Hooge parameter was in the range 10−27 to 10−28 m3, which make these films already competitive for uncooled bolometer applications, even if the noise is about one or two orders of magnitude higher than what we typically measured in the best LSMO films deposited on (0 0 1) SrTiO3 substrates. LSMO films deposited on BTO/CeO2/YSZ buffered silicon substrates were of overall good quality and suitable for use in device fabrication.