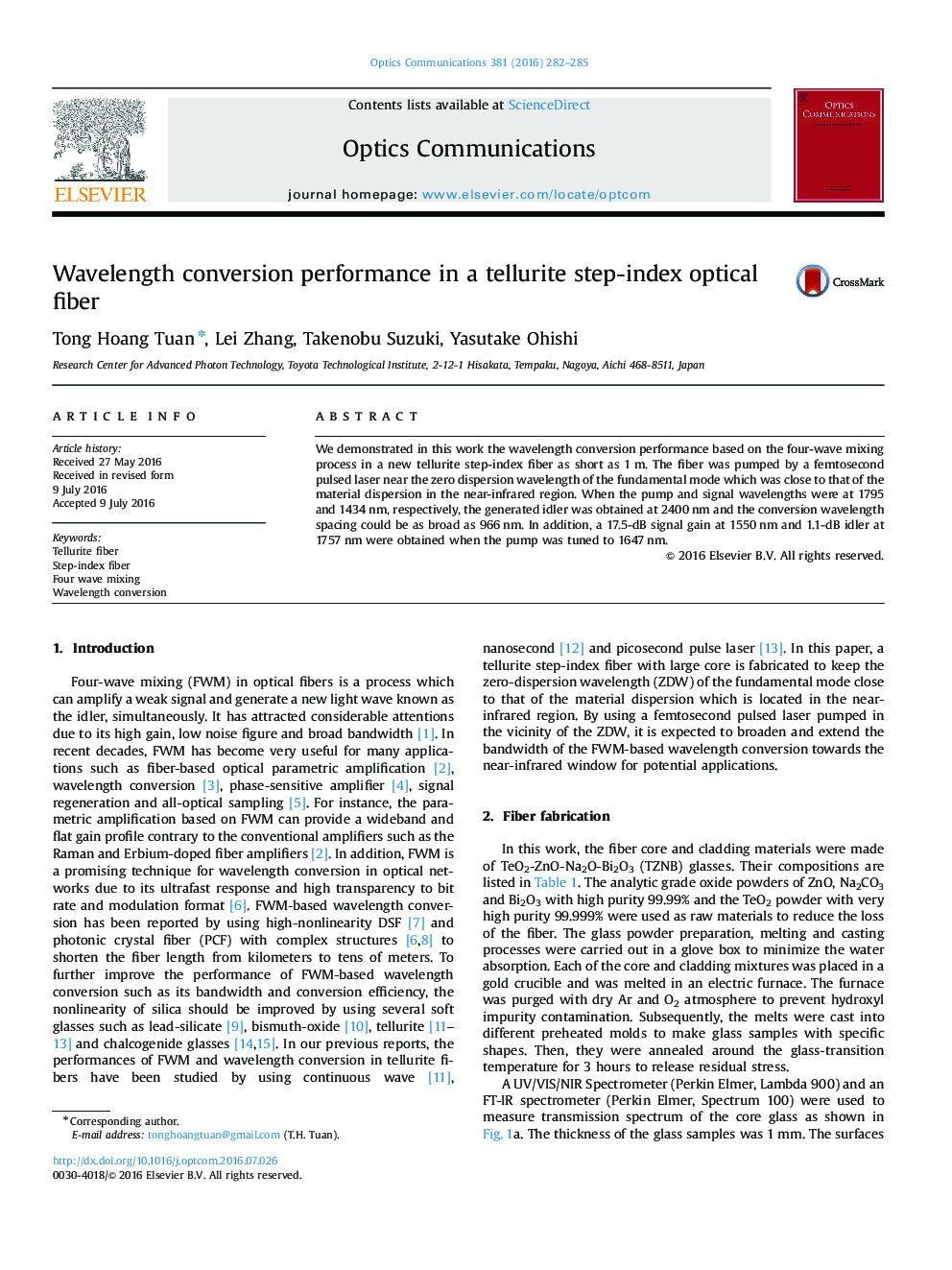 • A low-loss tellurite step-index optical fiber was made by the suction casting and rod in tube methods.
• The zero-dispersion wavelength of the fiber is close to that of the material.
• The FWM-based wavelength conversion was performed by using a 1-m-long fiber. Its wavelength spacing can be as broad as 966 nm.

We demonstrated in this work the wavelength conversion performance based on the four-wave mixing process in a new tellurite step-index fiber as short as 1 m. The fiber was pumped by a femtosecond pulsed laser near the zero dispersion wavelength of the fundamental mode which was close to that of the material dispersion in the near-infrared region. When the pump and signal wavelengths were at 1795 and 1434 nm, respectively, the generated idler was obtained at 2400 nm and the conversion wavelength spacing could be as broad as 966 nm. In addition, a 17.5-dB signal gain at 1550 nm and 1.1-dB idler at 1757 nm were obtained when the pump was tuned to 1647 nm.