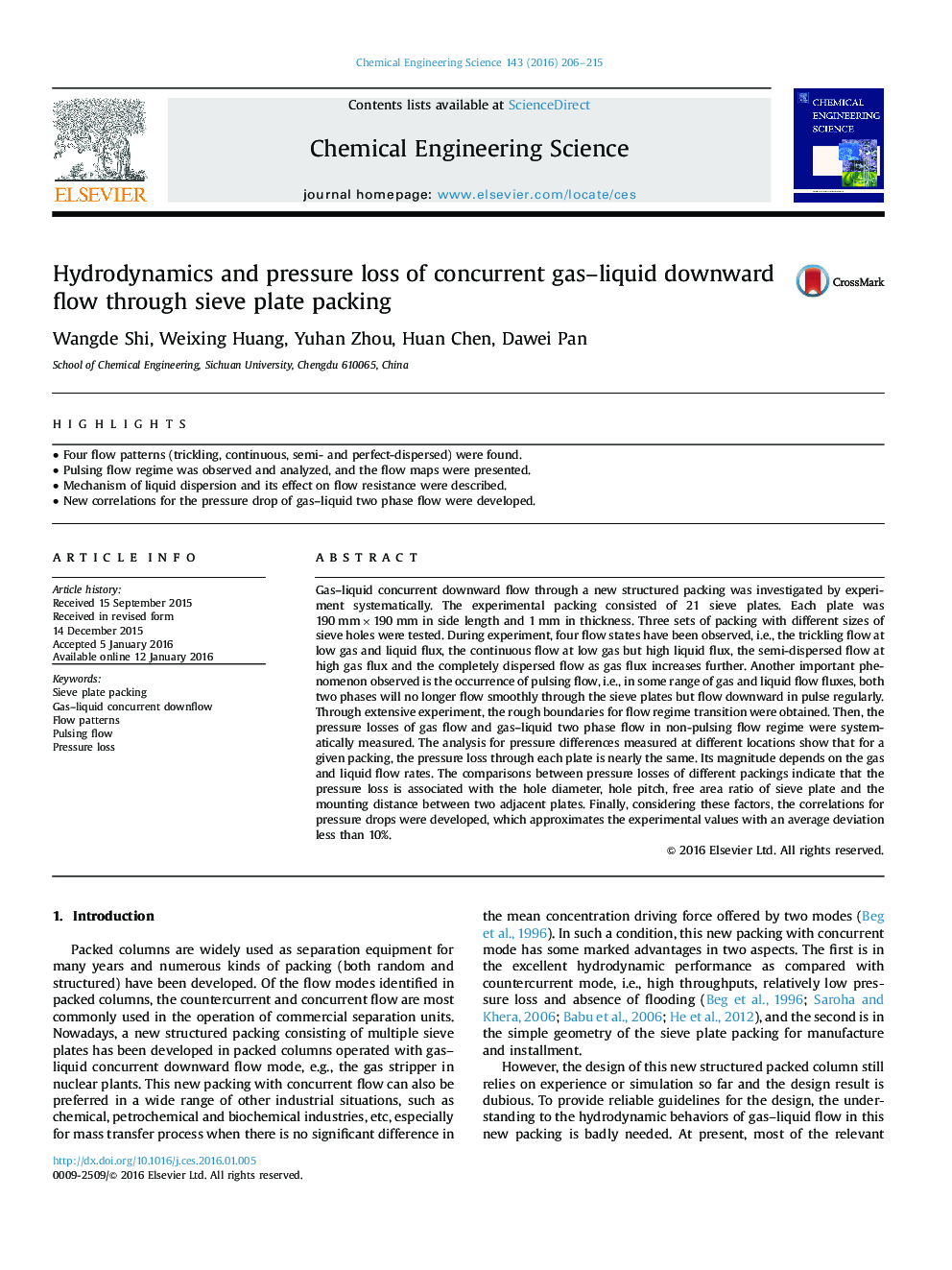 • Four flow patterns (trickling, continuous, semi- and perfect-dispersed) were found.
• Pulsing flow regime was observed and analyzed, and the flow maps were presented.
• Mechanism of liquid dispersion and its effect on flow resistance were described.
• New correlations for the pressure drop of gas–liquid two phase flow were developed.

Gas–liquid concurrent downward flow through a new structured packing was investigated by experiment systematically. The experimental packing consisted of 21 sieve plates. Each plate was 190 mm×190 mm in side length and 1 mm in thickness. Three sets of packing with different sizes of sieve holes were tested. During experiment, four flow states have been observed, i.e., the trickling flow at low gas and liquid flux, the continuous flow at low gas but high liquid flux, the semi-dispersed flow at high gas flux and the completely dispersed flow as gas flux increases further. Another important phenomenon observed is the occurrence of pulsing flow, i.e., in some range of gas and liquid flow fluxes, both two phases will no longer flow smoothly through the sieve plates but flow downward in pulse regularly. Through extensive experiment, the rough boundaries for flow regime transition were obtained. Then, the pressure losses of gas flow and gas–liquid two phase flow in non-pulsing flow regime were systematically measured. The analysis for pressure differences measured at different locations show that for a given packing, the pressure loss through each plate is nearly the same. Its magnitude depends on the gas and liquid flow rates. The comparisons between pressure losses of different packings indicate that the pressure loss is associated with the hole diameter, hole pitch, free area ratio of sieve plate and the mounting distance between two adjacent plates. Finally, considering these factors, the correlations for pressure drops were developed, which approximates the experimental values with an average deviation less than 10%.