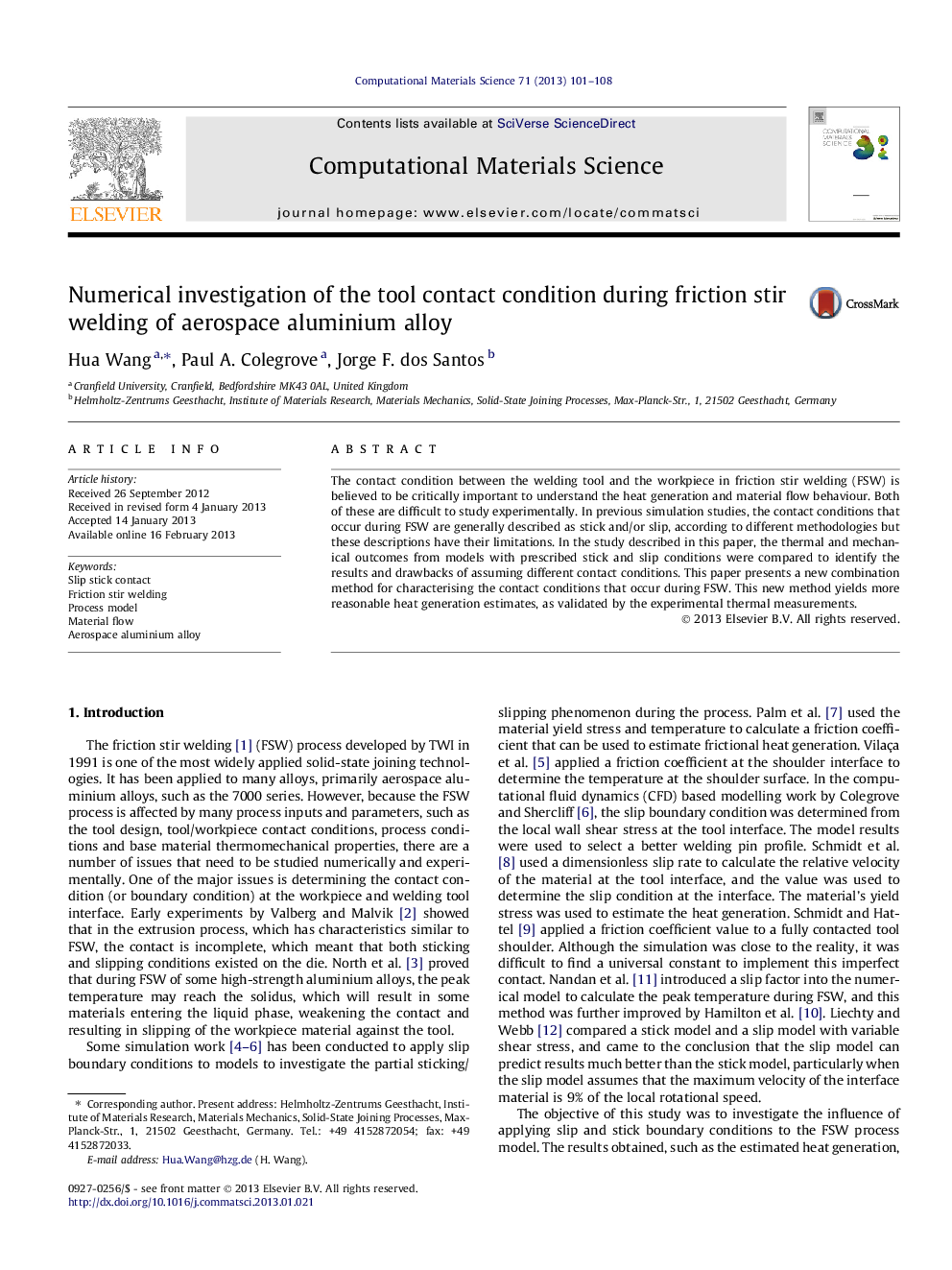 The contact condition between the welding tool and the workpiece in friction stir welding (FSW) is believed to be critically important to understand the heat generation and material flow behaviour. Both of these are difficult to study experimentally. In previous simulation studies, the contact conditions that occur during FSW are generally described as stick and/or slip, according to different methodologies but these descriptions have their limitations. In the study described in this paper, the thermal and mechanical outcomes from models with prescribed stick and slip conditions were compared to identify the results and drawbacks of assuming different contact conditions. This paper presents a new combination method for characterising the contact conditions that occur during FSW. This new method yields more reasonable heat generation estimates, as validated by the experimental thermal measurements.

► Six types of stick/slip contact conditions were discussed.
► A combination slip type is suggested for the thermal prediction of FSW process.
► The slip model is validated against experimental outcomes, and it was also compared against a stick one.
► The thermal field, material flow field and the deformation areas were analyzed to support the conclusions.