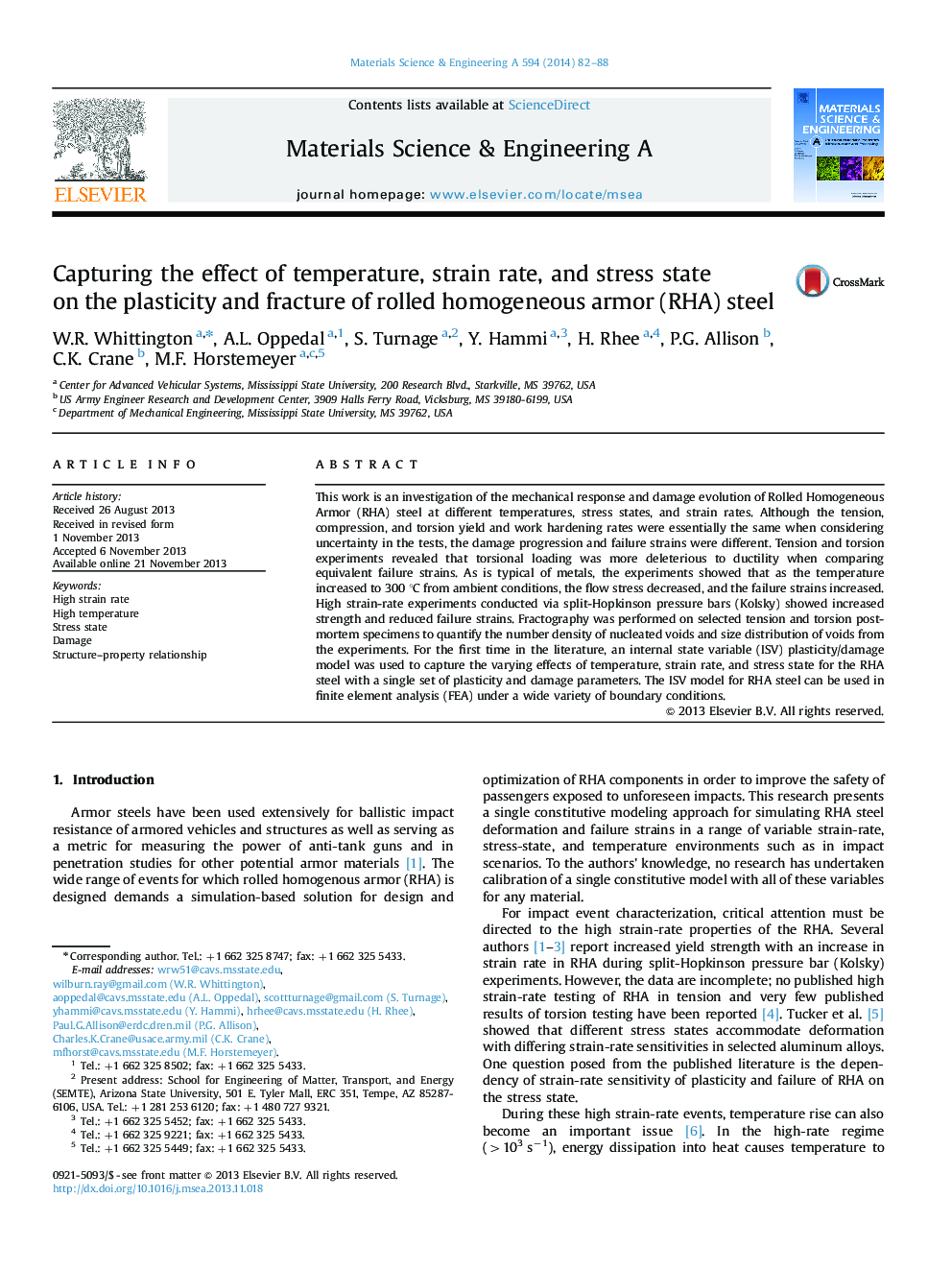 This work is an investigation of the mechanical response and damage evolution of Rolled Homogeneous Armor (RHA) steel at different temperatures, stress states, and strain rates. Although the tension, compression, and torsion yield and work hardening rates were essentially the same when considering uncertainty in the tests, the damage progression and failure strains were different. Tension and torsion experiments revealed that torsional loading was more deleterious to ductility when comparing equivalent failure strains. As is typical of metals, the experiments showed that as the temperature increased to 300 °C from ambient conditions, the flow stress decreased, and the failure strains increased. High strain-rate experiments conducted via split-Hopkinson pressure bars (Kolsky) showed increased strength and reduced failure strains. Fractography was performed on selected tension and torsion post-mortem specimens to quantify the number density of nucleated voids and size distribution of voids from the experiments. For the first time in the literature, an internal state variable (ISV) plasticity/damage model was used to capture the varying effects of temperature, strain rate, and stress state for the RHA steel with a single set of plasticity and damage parameters. The ISV model for RHA steel can be used in finite element analysis (FEA) under a wide variety of boundary conditions.