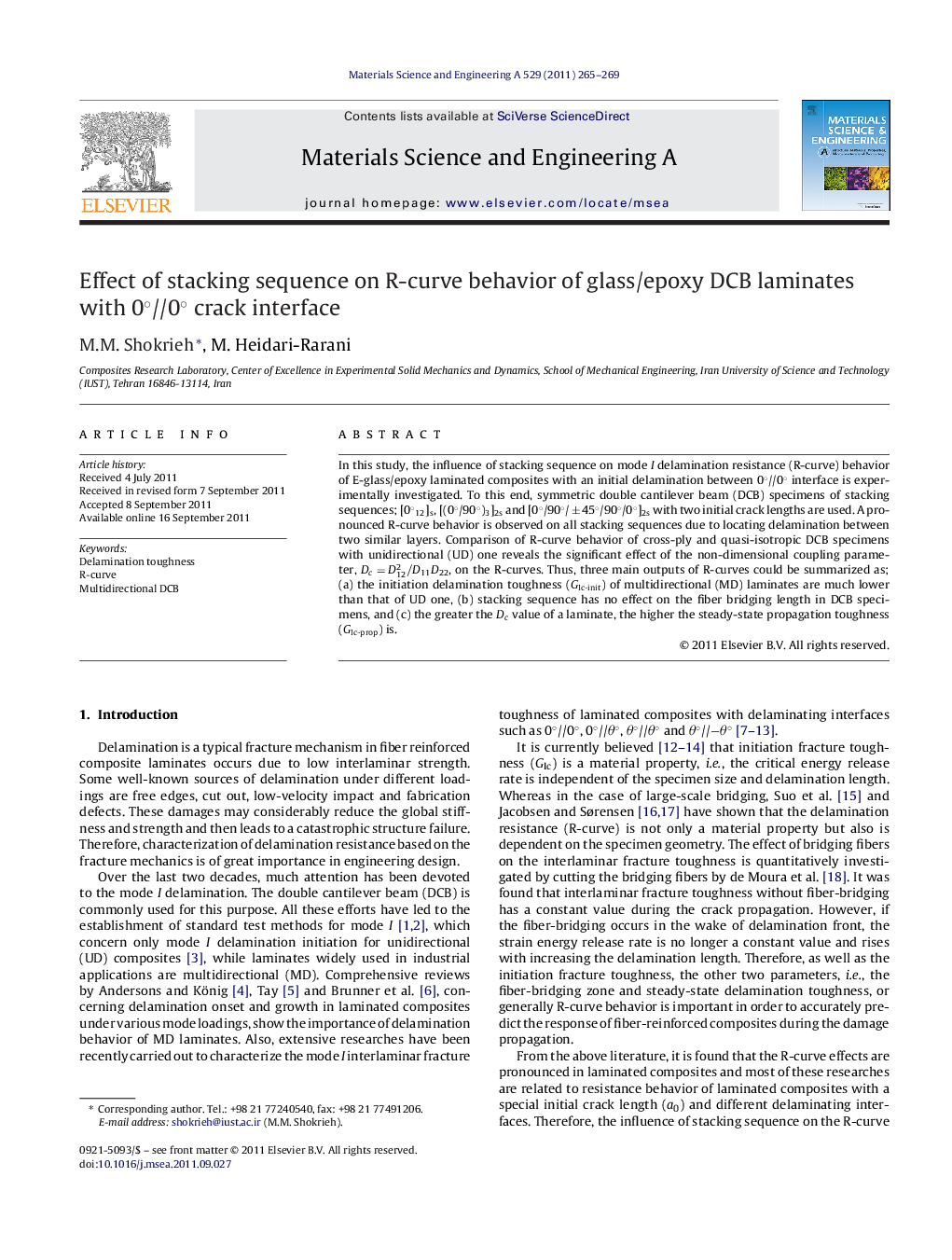 In this study, the influence of stacking sequence on mode I delamination resistance (R-curve) behavior of E-glass/epoxy laminated composites with an initial delamination between 0°//0° interface is experimentally investigated. To this end, symmetric double cantilever beam (DCB) specimens of stacking sequences; [0°12]s, [(0°/90°)3]2s and [0°/90°/ ± 45°/90°/0°]2s with two initial crack lengths are used. A pronounced R-curve behavior is observed on all stacking sequences due to locating delamination between two similar layers. Comparison of R-curve behavior of cross-ply and quasi-isotropic DCB specimens with unidirectional (UD) one reveals the significant effect of the non-dimensional coupling parameter, Dc=D122/D11D22, on the R-curves. Thus, three main outputs of R-curves could be summarized as; (a) the initiation delamination toughness (GIc-init) of multidirectional (MD) laminates are much lower than that of UD one, (b) stacking sequence has no effect on the fiber bridging length in DCB specimens, and (c) the greater the Dc value of a laminate, the higher the steady-state propagation toughness (GIc-prop) is.