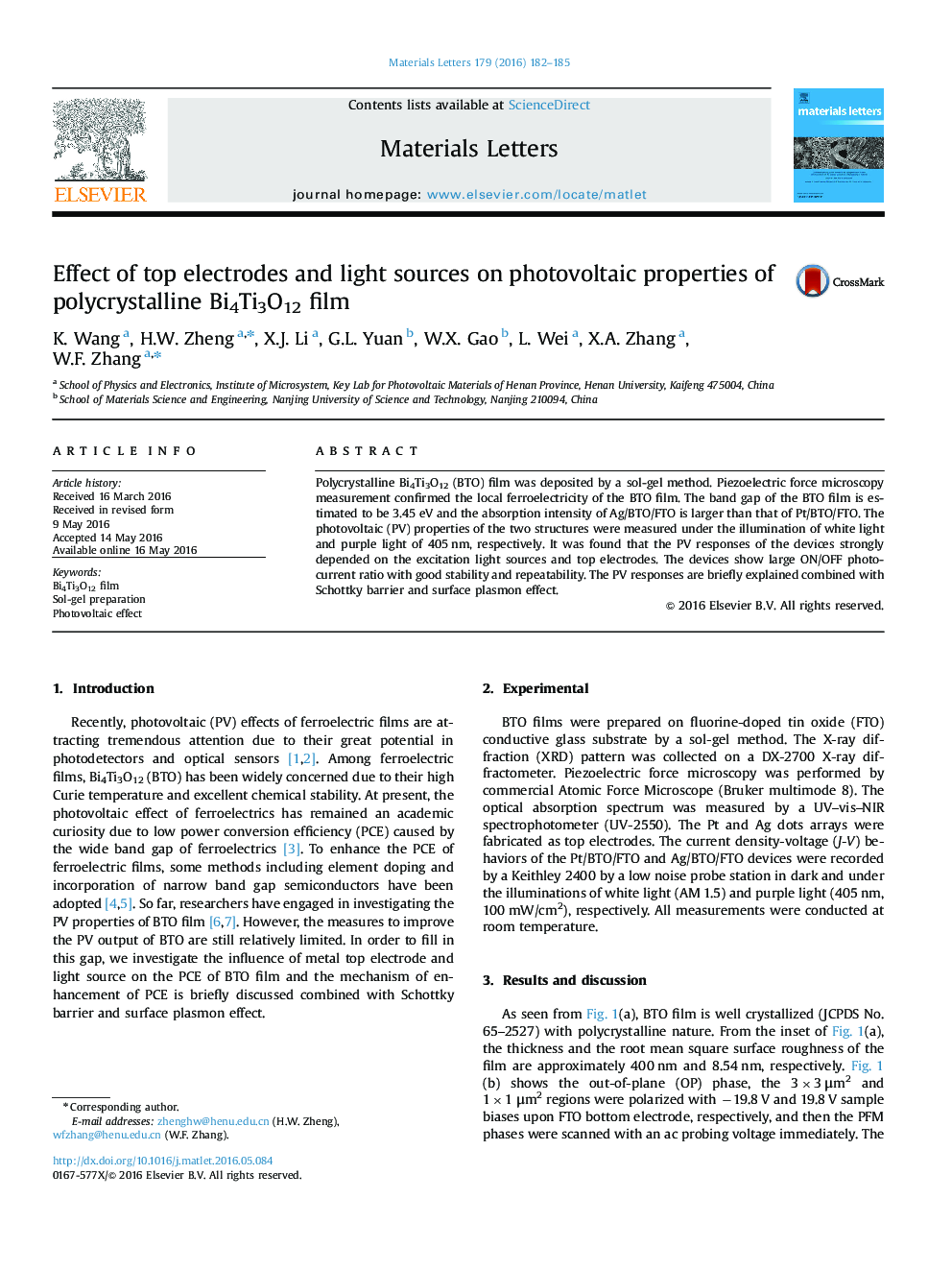 • Polycrystalline Bi4Ti3O12 film was deposited by a sol-gel technique.
• The photovoltaic response of the devices strongly depends on the excitation light sources and top electrodes.
• Time dependence of the zero bias photocurrent density indicates a repeatable photocurrent.
• The photovoltaic response was explained combining Schottky barrier with surface plasmon effect.

Polycrystalline Bi4Ti3O12 (BTO) film was deposited by a sol-gel method. Piezoelectric force microscopy measurement confirmed the local ferroelectricity of the BTO film. The band gap of the BTO film is estimated to be 3.45 eV and the absorption intensity of Ag/BTO/FTO is larger than that of Pt/BTO/FTO. The photovoltaic (PV) properties of the two structures were measured under the illumination of white light and purple light of 405 nm, respectively. It was found that the PV responses of the devices strongly depended on the excitation light sources and top electrodes. The devices show large ON/OFF photocurrent ratio with good stability and repeatability. The PV responses are briefly explained combined with Schottky barrier and surface plasmon effect.