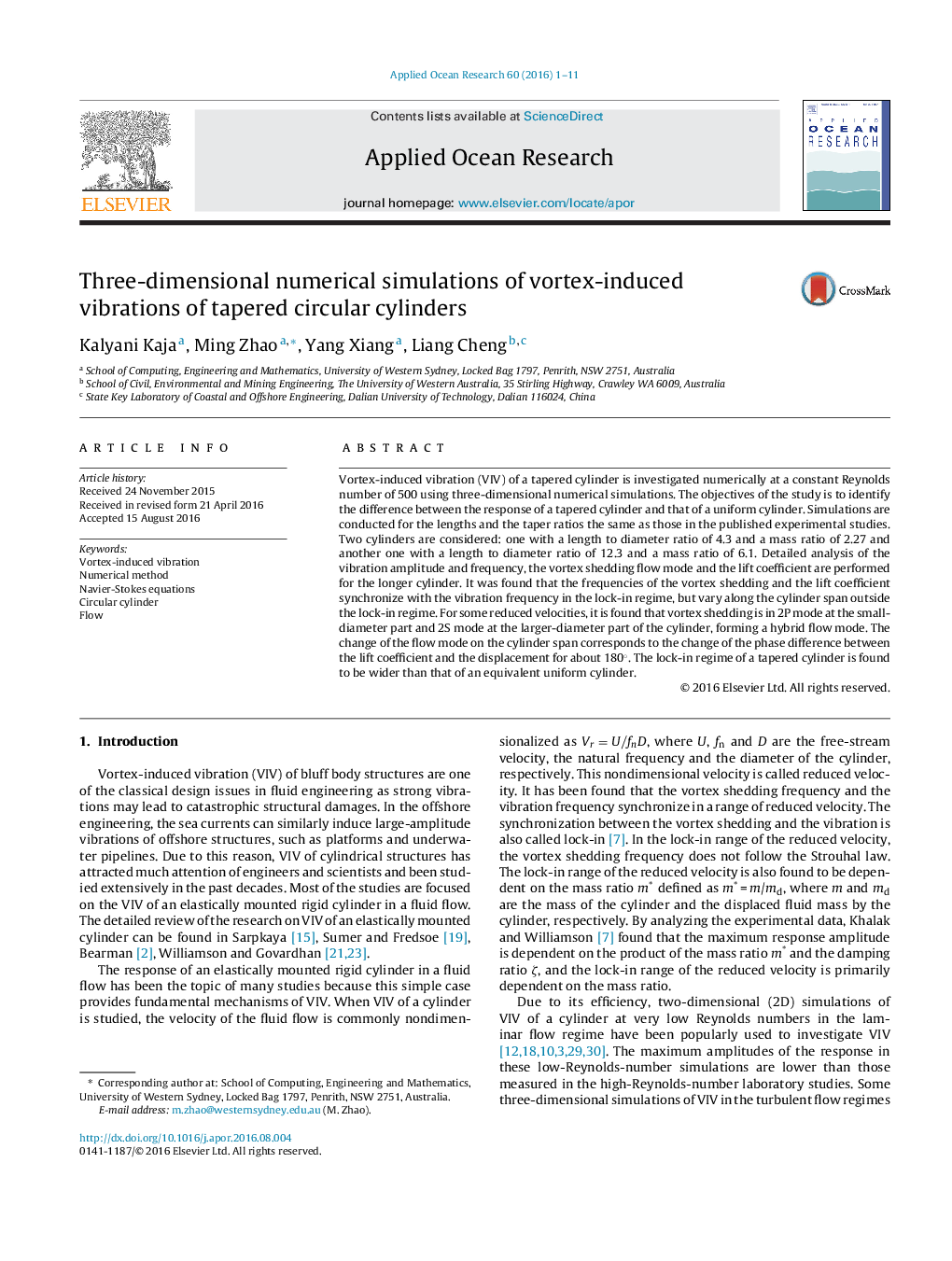 • Numerical simulations of VIV of a tapered cylinder are performed using the finite element method.
• The lock-in range of the reduced velocity shifts towards the high velocity direction compared with the uniform cylinder case.
• The co-existence of 2S and 2P modes is observed in the lock-in regime.
• The frequency of the lift coefficient is found to synchronize along the cylinder span.

Vortex-induced vibration (VIV) of a tapered cylinder is investigated numerically at a constant Reynolds number of 500 using three-dimensional numerical simulations. The objectives of the study is to identify the difference between the response of a tapered cylinder and that of a uniform cylinder. Simulations are conducted for the lengths and the taper ratios the same as those in the published experimental studies. Two cylinders are considered: one with a length to diameter ratio of 4.3 and a mass ratio of 2.27 and another one with a length to diameter ratio of 12.3 and a mass ratio of 6.1. Detailed analysis of the vibration amplitude and frequency, the vortex shedding flow mode and the lift coefficient are performed for the longer cylinder. It was found that the frequencies of the vortex shedding and the lift coefficient synchronize with the vibration frequency in the lock-in regime, but vary along the cylinder span outside the lock-in regime. For some reduced velocities, it is found that vortex shedding is in 2P mode at the small-diameter part and 2S mode at the larger-diameter part of the cylinder, forming a hybrid flow mode. The change of the flow mode on the cylinder span corresponds to the change of the phase difference between the lift coefficient and the displacement for about 180°. The lock-in regime of a tapered cylinder is found to be wider than that of an equivalent uniform cylinder.