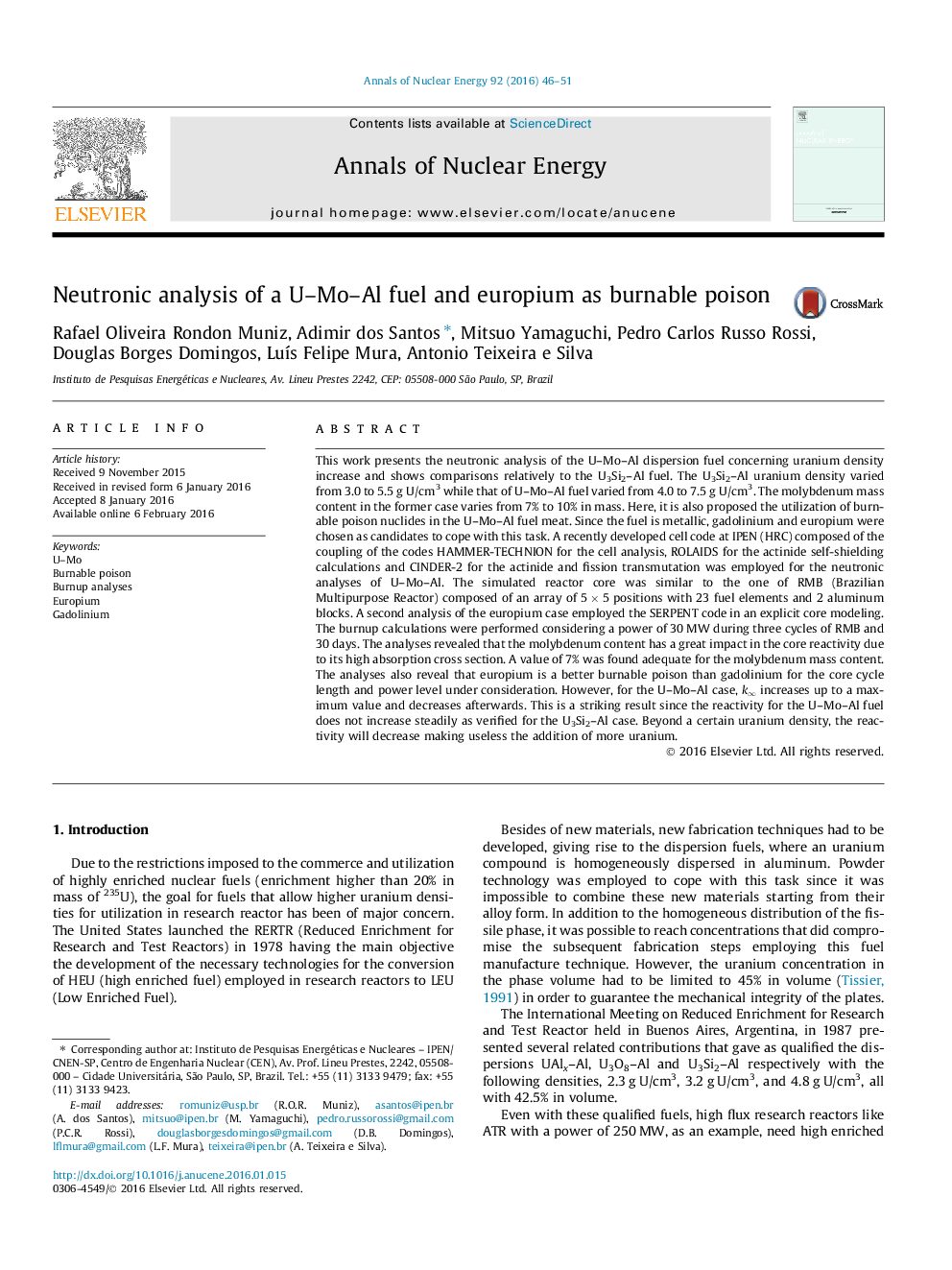 This work presents the neutronic analysis of the U–Mo–Al dispersion fuel concerning uranium density increase and shows comparisons relatively to the U3Si2–Al fuel. The U3Si2–Al uranium density varied from 3.0 to 5.5 g U/cm3 while that of U–Mo–Al fuel varied from 4.0 to 7.5 g U/cm3. The molybdenum mass content in the former case varies from 7% to 10% in mass. Here, it is also proposed the utilization of burnable poison nuclides in the U–Mo–Al fuel meat. Since the fuel is metallic, gadolinium and europium were chosen as candidates to cope with this task. A recently developed cell code at IPEN (HRC) composed of the coupling of the codes HAMMER-TECHNION for the cell analysis, ROLAIDS for the actinide self-shielding calculations and CINDER-2 for the actinide and fission transmutation was employed for the neutronic analyses of U–Mo–Al. The simulated reactor core was similar to the one of RMB (Brazilian Multipurpose Reactor) composed of an array of 5 × 5 positions with 23 fuel elements and 2 aluminum blocks. A second analysis of the europium case employed the SERPENT code in an explicit core modeling. The burnup calculations were performed considering a power of 30 MW during three cycles of RMB and 30 days. The analyses revealed that the molybdenum content has a great impact in the core reactivity due to its high absorption cross section. A value of 7% was found adequate for the molybdenum mass content. The analyses also reveal that europium is a better burnable poison than gadolinium for the core cycle length and power level under consideration. However, for the U–Mo–Al case, k∞ increases up to a maximum value and decreases afterwards. This is a striking result since the reactivity for the U–Mo–Al fuel does not increase steadily as verified for the U3Si2–Al case. Beyond a certain uranium density, the reactivity will decrease making useless the addition of more uranium.