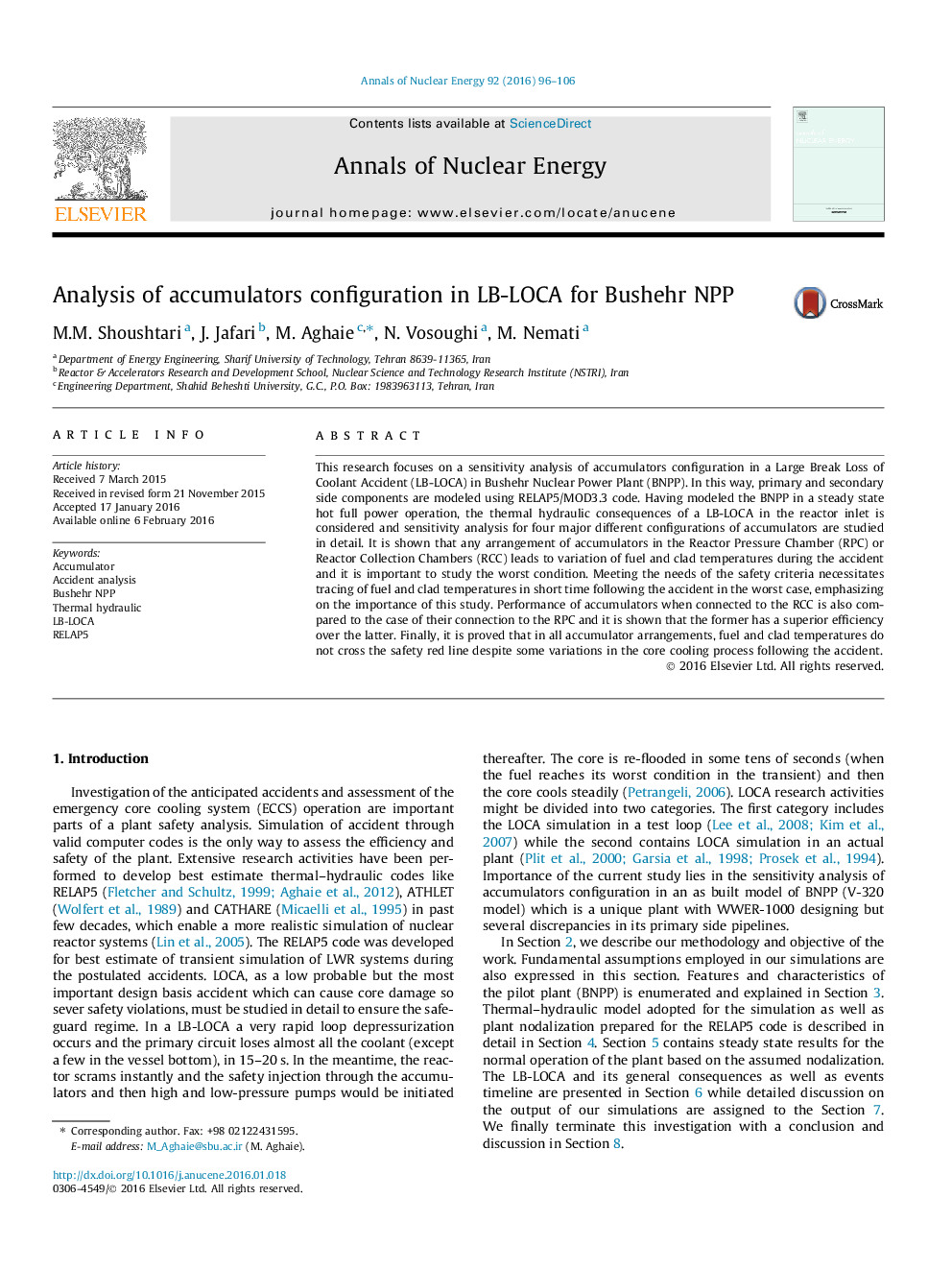 • Nodalization of BNPP is prepared and LB-LOCA is analyzed.
• The calculated (RELAP5 code) results are in good agreement with FSAR.
• The work demonstrates the importance of the worst cooling configurations study.
• Results prove that in worst cases the fuel and clad temperature remain in safe boundary.

This research focuses on a sensitivity analysis of accumulators configuration in a Large Break Loss of Coolant Accident (LB-LOCA) in Bushehr Nuclear Power Plant (BNPP). In this way, primary and secondary side components are modeled using RELAP5/MOD3.3 code. Having modeled the BNPP in a steady state hot full power operation, the thermal hydraulic consequences of a LB-LOCA in the reactor inlet is considered and sensitivity analysis for four major different configurations of accumulators are studied in detail. It is shown that any arrangement of accumulators in the Reactor Pressure Chamber (RPC) or Reactor Collection Chambers (RCC) leads to variation of fuel and clad temperatures during the accident and it is important to study the worst condition. Meeting the needs of the safety criteria necessitates tracing of fuel and clad temperatures in short time following the accident in the worst case, emphasizing on the importance of this study. Performance of accumulators when connected to the RCC is also compared to the case of their connection to the RPC and it is shown that the former has a superior efficiency over the latter. Finally, it is proved that in all accumulator arrangements, fuel and clad temperatures do not cross the safety red line despite some variations in the core cooling process following the accident.