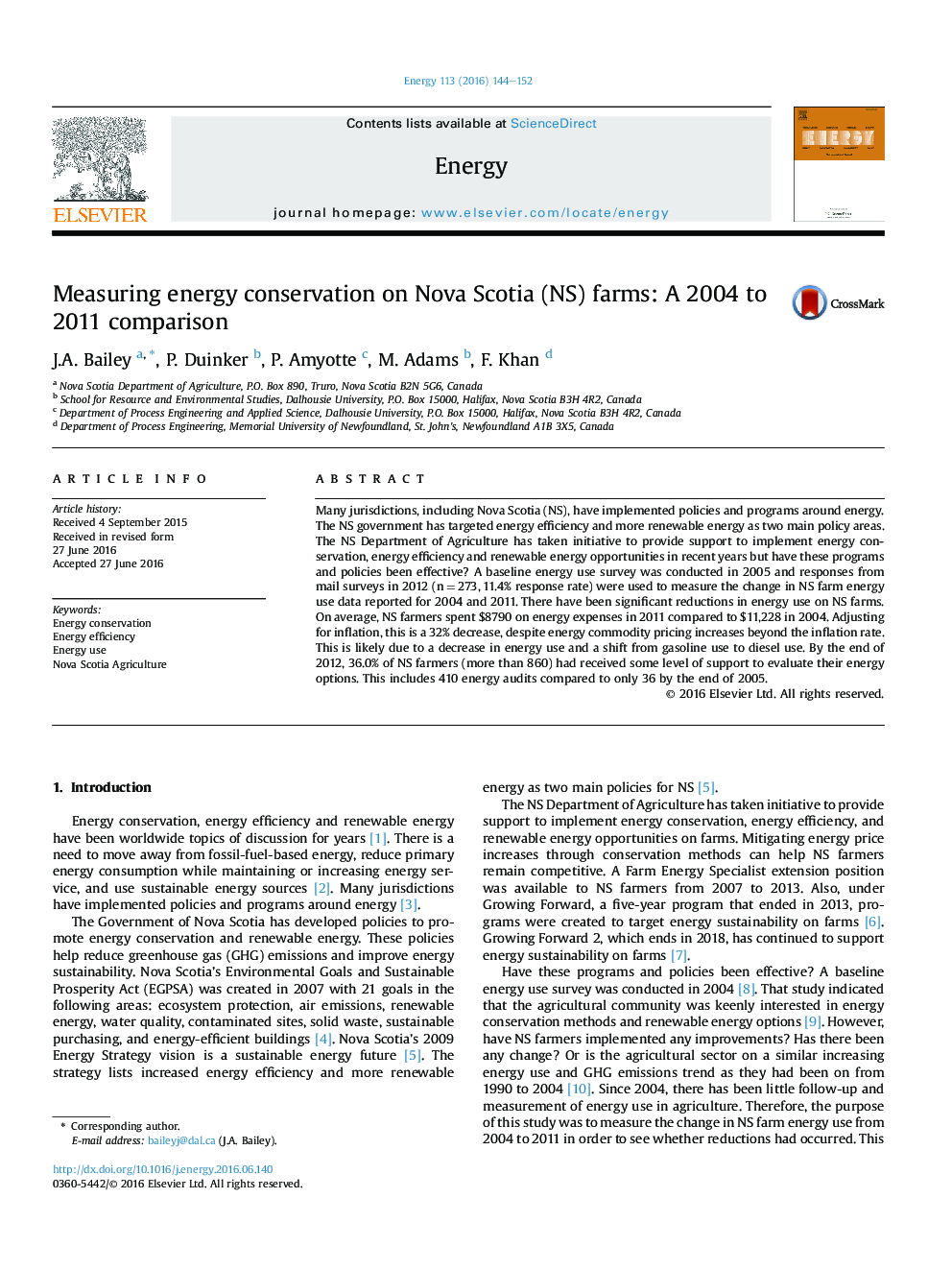 Many jurisdictions, including Nova Scotia (NS), have implemented policies and programs around energy. The NS government has targeted energy efficiency and more renewable energy as two main policy areas. The NS Department of Agriculture has taken initiative to provide support to implement energy conservation, energy efficiency and renewable energy opportunities in recent years but have these programs and policies been effective? A baseline energy use survey was conducted in 2005 and responses from mail surveys in 2012 (n = 273, 11.4% response rate) were used to measure the change in NS farm energy use data reported for 2004 and 2011. There have been significant reductions in energy use on NS farms. On average, NS farmers spent $8790 on energy expenses in 2011 compared to $11,228 in 2004. Adjusting for inflation, this is a 32% decrease, despite energy commodity pricing increases beyond the inflation rate. This is likely due to a decrease in energy use and a shift from gasoline use to diesel use. By the end of 2012, 36.0% of NS farmers (more than 860) had received some level of support to evaluate their energy options. This includes 410 energy audits compared to only 36 by the end of 2005.