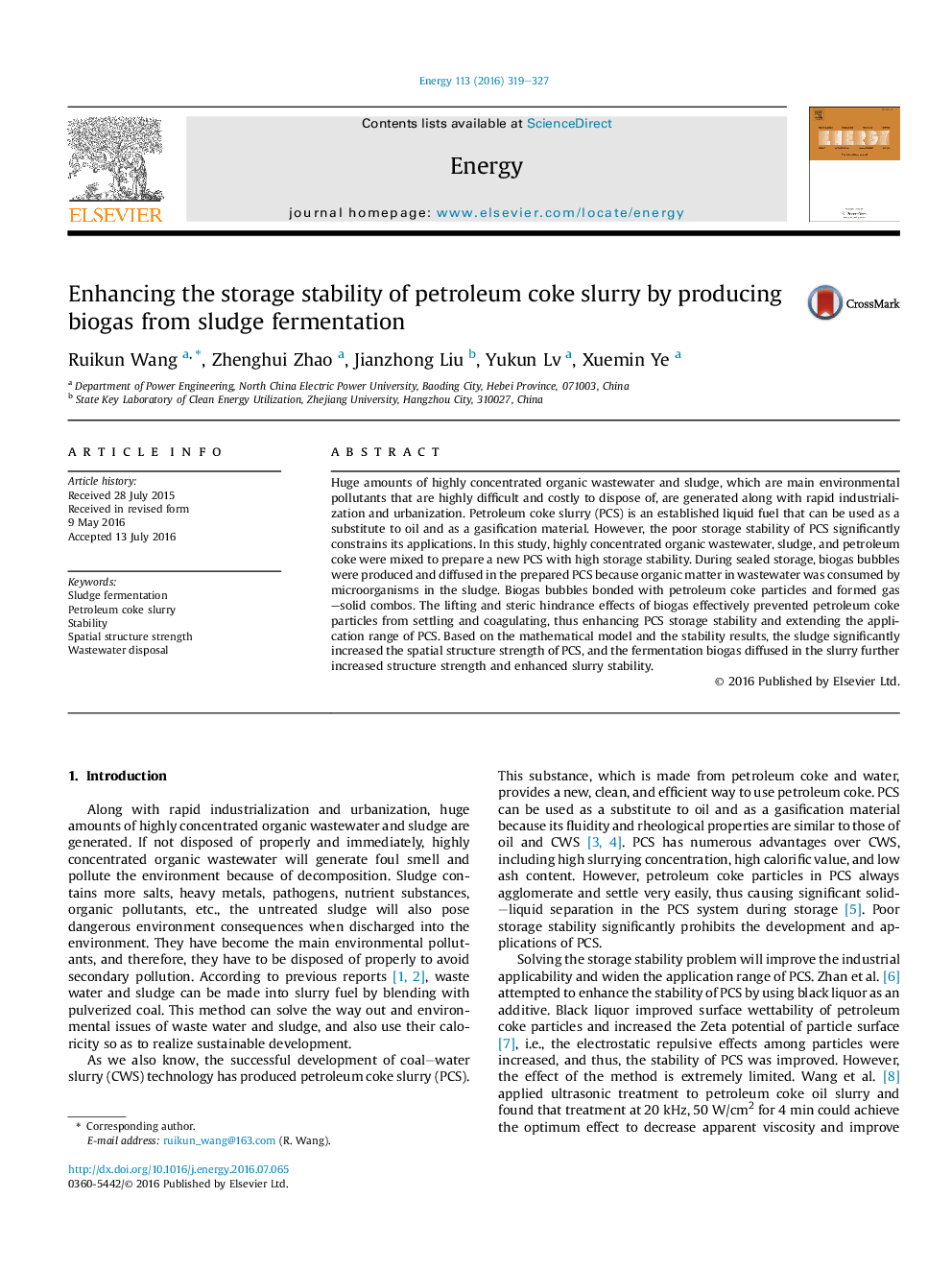 Huge amounts of highly concentrated organic wastewater and sludge, which are main environmental pollutants that are highly difficult and costly to dispose of, are generated along with rapid industrialization and urbanization. Petroleum coke slurry (PCS) is an established liquid fuel that can be used as a substitute to oil and as a gasification material. However, the poor storage stability of PCS significantly constrains its applications. In this study, highly concentrated organic wastewater, sludge, and petroleum coke were mixed to prepare a new PCS with high storage stability. During sealed storage, biogas bubbles were produced and diffused in the prepared PCS because organic matter in wastewater was consumed by microorganisms in the sludge. Biogas bubbles bonded with petroleum coke particles and formed gas–solid combos. The lifting and steric hindrance effects of biogas effectively prevented petroleum coke particles from settling and coagulating, thus enhancing PCS storage stability and extending the application range of PCS. Based on the mathematical model and the stability results, the sludge significantly increased the spatial structure strength of PCS, and the fermentation biogas diffused in the slurry further increased structure strength and enhanced slurry stability.