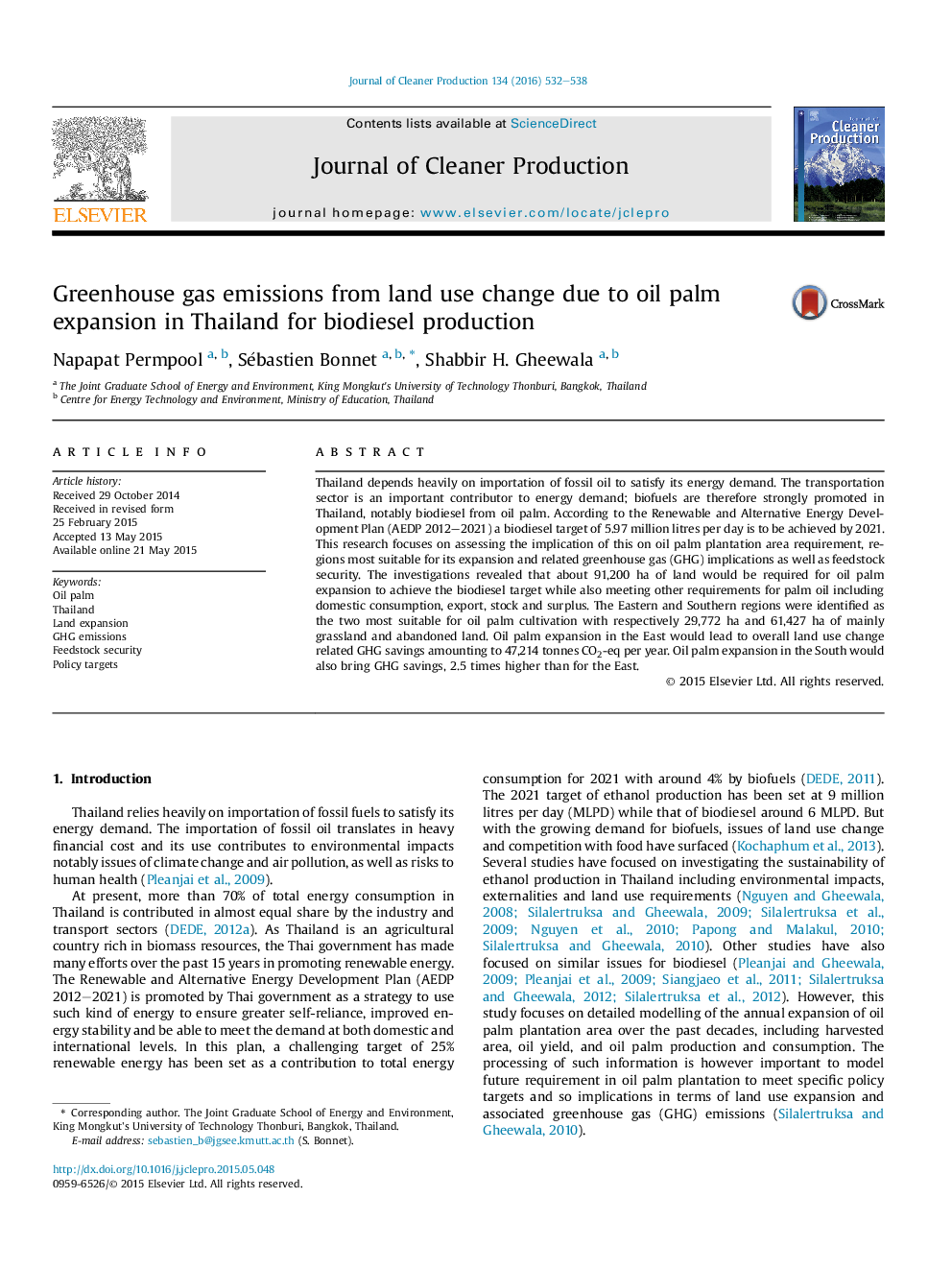 Thailand depends heavily on importation of fossil oil to satisfy its energy demand. The transportation sector is an important contributor to energy demand; biofuels are therefore strongly promoted in Thailand, notably biodiesel from oil palm. According to the Renewable and Alternative Energy Development Plan (AEDP 2012–2021) a biodiesel target of 5.97 million litres per day is to be achieved by 2021. This research focuses on assessing the implication of this on oil palm plantation area requirement, regions most suitable for its expansion and related greenhouse gas (GHG) implications as well as feedstock security. The investigations revealed that about 91,200 ha of land would be required for oil palm expansion to achieve the biodiesel target while also meeting other requirements for palm oil including domestic consumption, export, stock and surplus. The Eastern and Southern regions were identified as the two most suitable for oil palm cultivation with respectively 29,772 ha and 61,427 ha of mainly grassland and abandoned land. Oil palm expansion in the East would lead to overall land use change related GHG savings amounting to 47,214 tonnes CO2-eq per year. Oil palm expansion in the South would also bring GHG savings, 2.5 times higher than for the East.