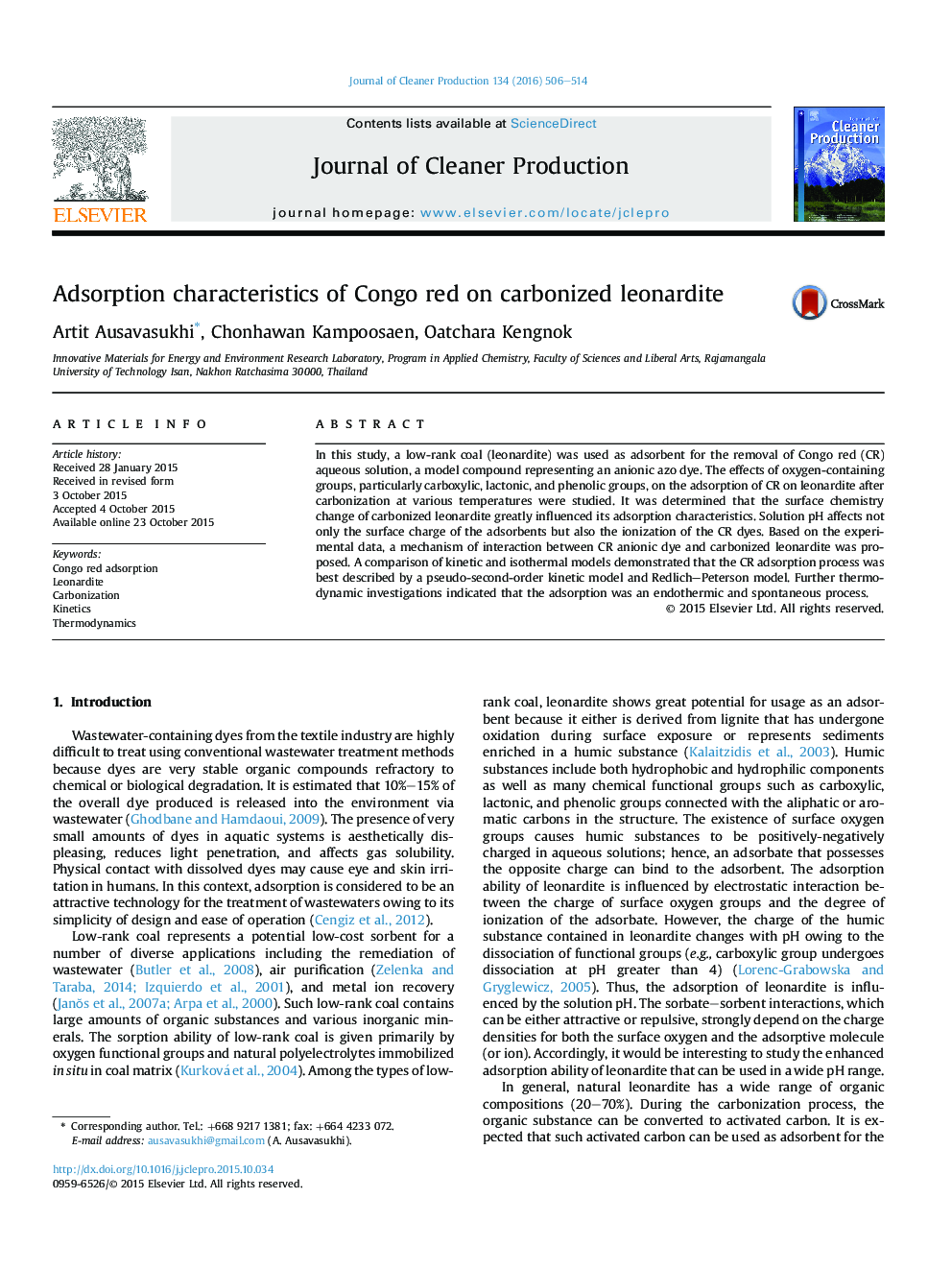 In this study, a low-rank coal (leonardite) was used as adsorbent for the removal of Congo red (CR) aqueous solution, a model compound representing an anionic azo dye. The effects of oxygen-containing groups, particularly carboxylic, lactonic, and phenolic groups, on the adsorption of CR on leonardite after carbonization at various temperatures were studied. It was determined that the surface chemistry change of carbonized leonardite greatly influenced its adsorption characteristics. Solution pH affects not only the surface charge of the adsorbents but also the ionization of the CR dyes. Based on the experimental data, a mechanism of interaction between CR anionic dye and carbonized leonardite was proposed. A comparison of kinetic and isothermal models demonstrated that the CR adsorption process was best described by a pseudo-second-order kinetic model and Redlich–Peterson model. Further thermodynamic investigations indicated that the adsorption was an endothermic and spontaneous process.