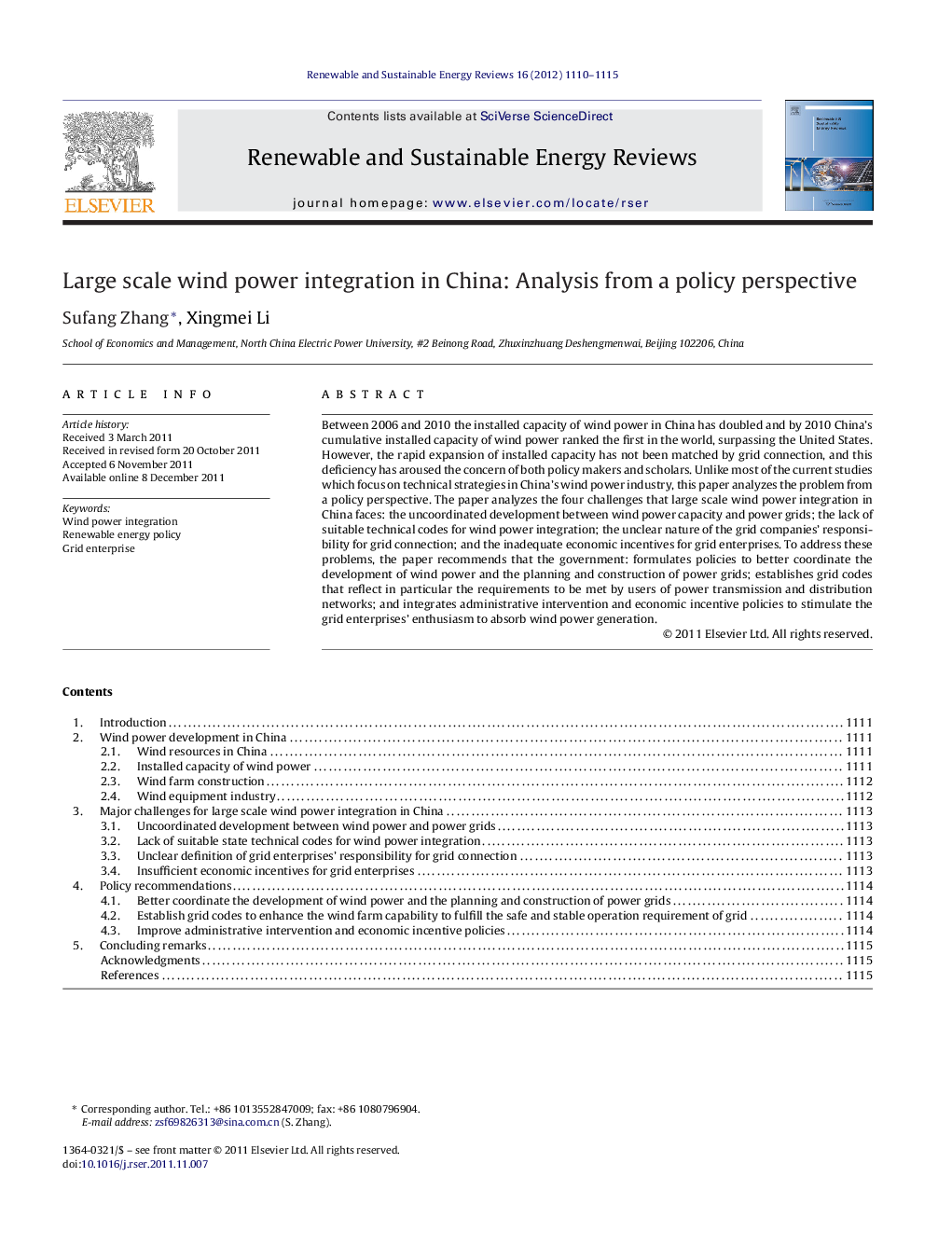 Between 2006 and 2010 the installed capacity of wind power in China has doubled and by 2010 China's cumulative installed capacity of wind power ranked the first in the world, surpassing the United States. However, the rapid expansion of installed capacity has not been matched by grid connection, and this deficiency has aroused the concern of both policy makers and scholars. Unlike most of the current studies which focus on technical strategies in China's wind power industry, this paper analyzes the problem from a policy perspective. The paper analyzes the four challenges that large scale wind power integration in China faces: the uncoordinated development between wind power capacity and power grids; the lack of suitable technical codes for wind power integration; the unclear nature of the grid companies’ responsibility for grid connection; and the inadequate economic incentives for grid enterprises. To address these problems, the paper recommends that the government: formulates policies to better coordinate the development of wind power and the planning and construction of power grids; establishes grid codes that reflect in particular the requirements to be met by users of power transmission and distribution networks; and integrates administrative intervention and economic incentive policies to stimulate the grid enterprises’ enthusiasm to absorb wind power generation.