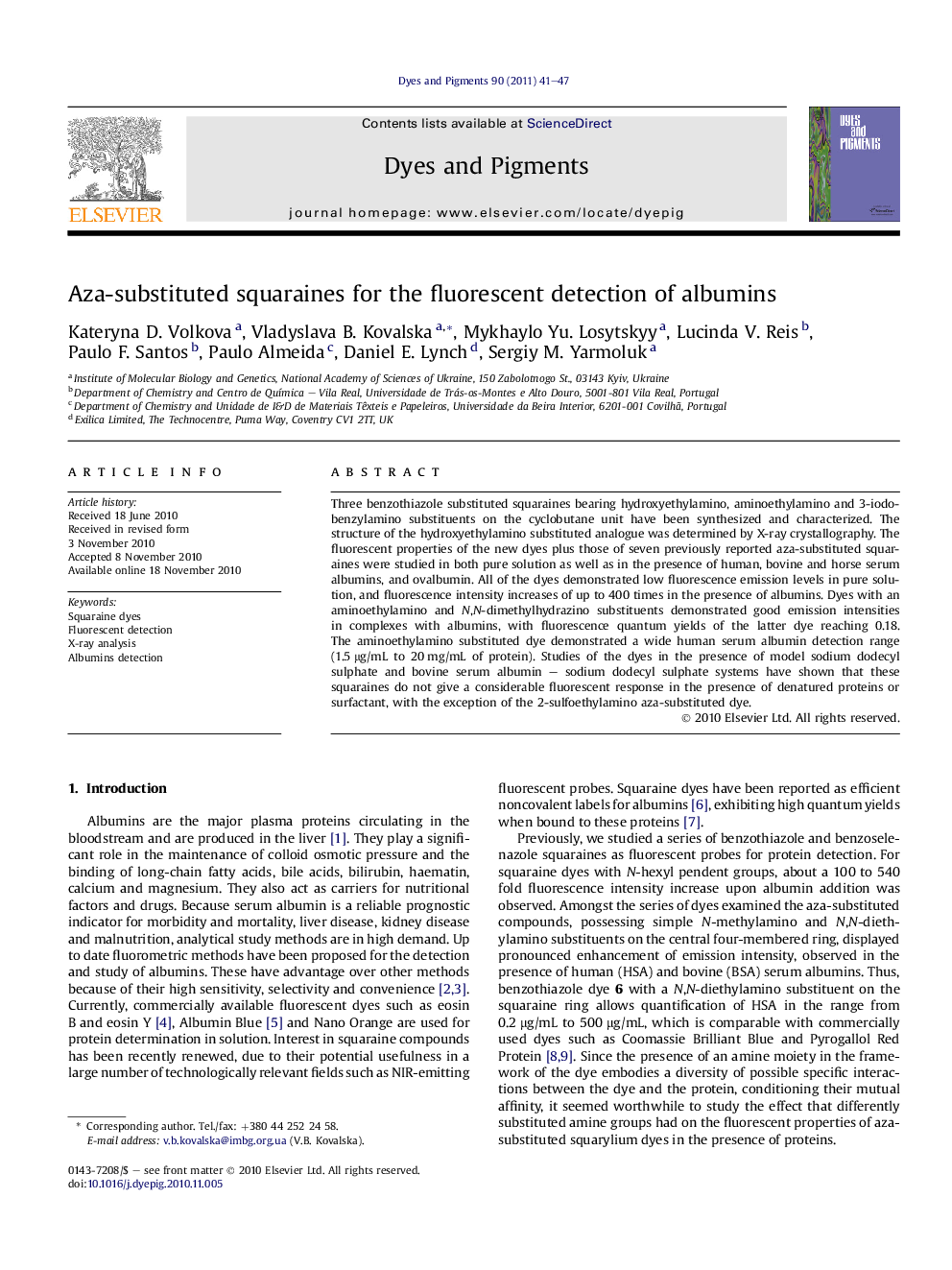 Three benzothiazole substituted squaraines bearing hydroxyethylamino, aminoethylamino and 3-iodobenzylamino substituents on the cyclobutane unit have been synthesized and characterized. The structure of the hydroxyethylamino substituted analogue was determined by X-ray crystallography. The fluorescent properties of the new dyes plus those of seven previously reported aza-substituted squaraines were studied in both pure solution as well as in the presence of human, bovine and horse serum albumins, and ovalbumin. All of the dyes demonstrated low fluorescence emission levels in pure solution, and fluorescence intensity increases of up to 400 times in the presence of albumins. Dyes with an aminoethylamino and N,N-dimethylhydrazino substituents demonstrated good emission intensities in complexes with albumins, with fluorescence quantum yields of the latter dye reaching 0.18. The aminoethylamino substituted dye demonstrated a wide human serum albumin detection range (1.5 μg/mL to 20 mg/mL of protein). Studies of the dyes in the presence of model sodium dodecyl sulphate and bovine serum albumin – sodium dodecyl sulphate systems have shown that these squaraines do not give a considerable fluorescent response in the presence of denatured proteins or surfactant, with the exception of the 2-sulfoethylamino aza-substituted dye.