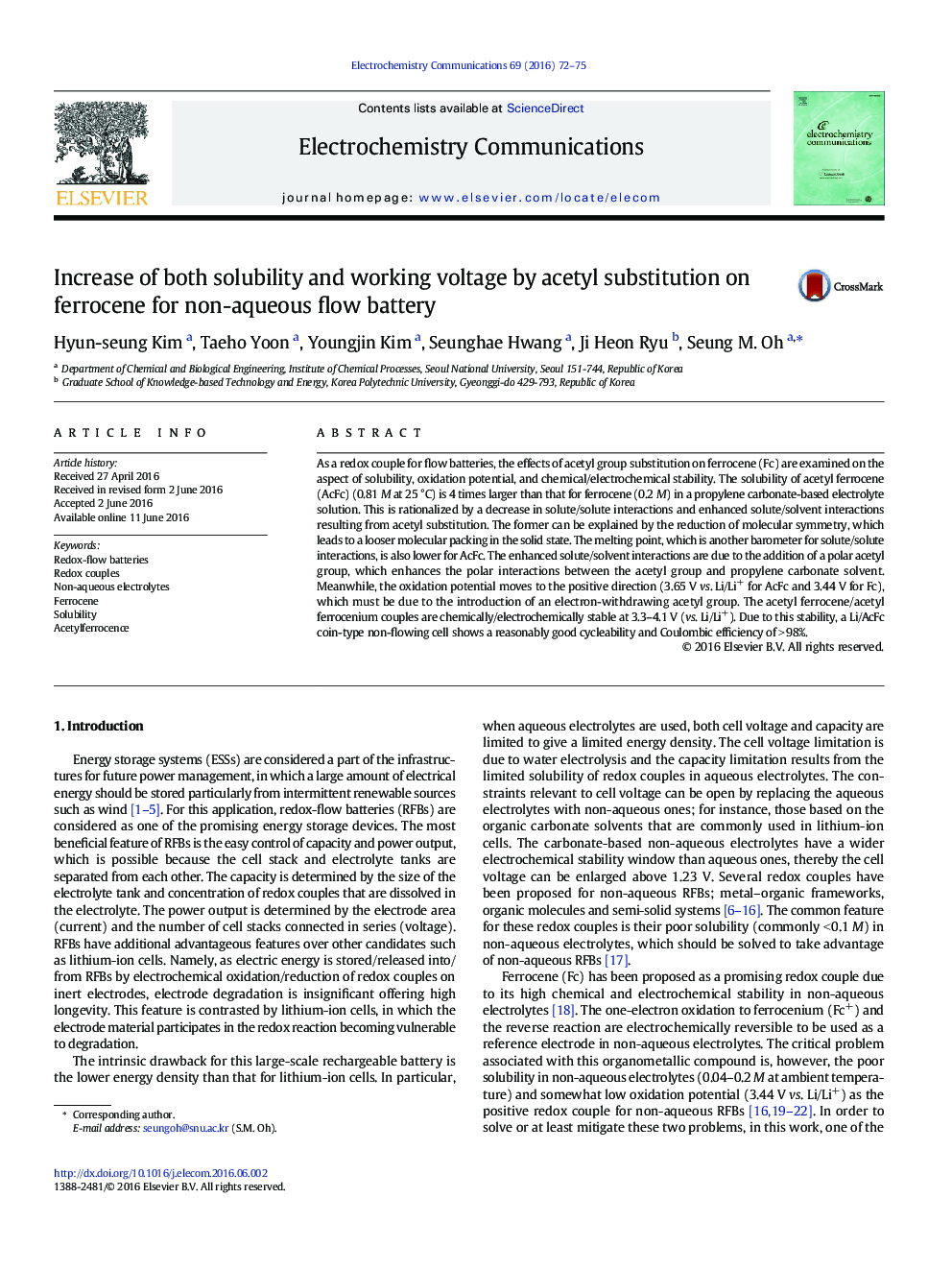 • Acetyl ferrocene shows promising behaviors as a redox couple for flow batteries.
• The solubility is greatly enhanced by acetyl group substitution on ferrocene.
• The oxidation potential becomes more positive by acetyl substitution.
• Acetylferrocene is chemically and electrochemically stable to give an excellent cycle performance.

As a redox couple for flow batteries, the effects of acetyl group substitution on ferrocene (Fc) are examined on the aspect of solubility, oxidation potential, and chemical/electrochemical stability. The solubility of acetyl ferrocene (AcFc) (0.81 M at 25 °C) is 4 times larger than that for ferrocene (0.2 M) in a propylene carbonate-based electrolyte solution. This is rationalized by a decrease in solute/solute interactions and enhanced solute/solvent interactions resulting from acetyl substitution. The former can be explained by the reduction of molecular symmetry, which leads to a looser molecular packing in the solid state. The melting point, which is another barometer for solute/solute interactions, is also lower for AcFc. The enhanced solute/solvent interactions are due to the addition of a polar acetyl group, which enhances the polar interactions between the acetyl group and propylene carbonate solvent. Meanwhile, the oxidation potential moves to the positive direction (3.65 V vs. Li/Li+ for AcFc and 3.44 V for Fc), which must be due to the introduction of an electron-withdrawing acetyl group. The acetyl ferrocene/acetyl ferrocenium couples are chemically/electrochemically stable at 3.3–4.1 V (vs. Li/Li+). Due to this stability, a Li/AcFc coin-type non-flowing cell shows a reasonably good cycleability and Coulombic efficiency of > 98%.