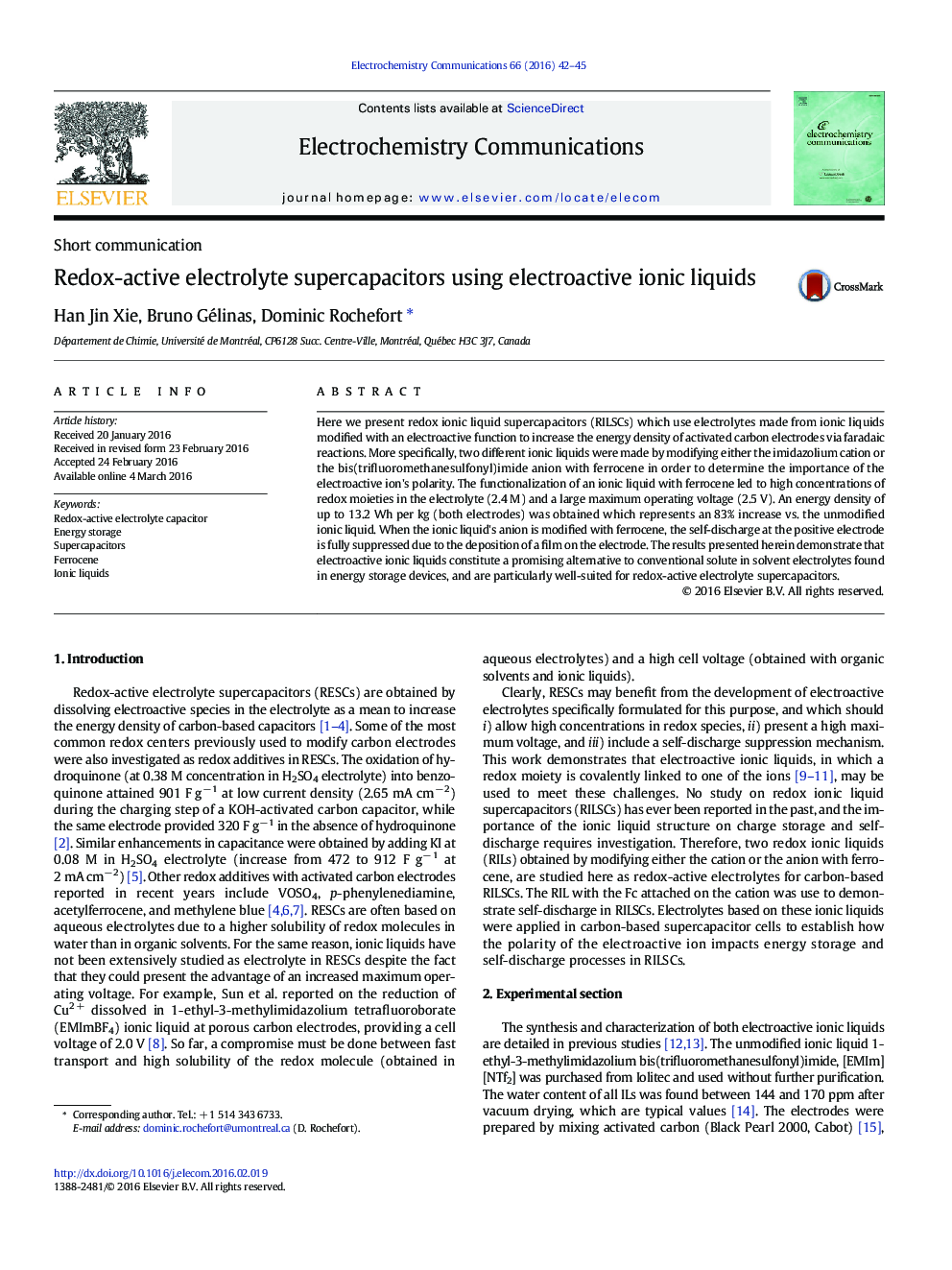 • Electroactive ionic liquids are proposed as electrolyte for supercapacitors.
• Specific energy of carbon electrodes is increased from faradaic reactions.
• Deposition of the species oxidized during charging prevents self-discharge.

Here we present redox ionic liquid supercapacitors (RILSCs) which use electrolytes made from ionic liquids modified with an electroactive function to increase the energy density of activated carbon electrodes via faradaic reactions. More specifically, two different ionic liquids were made by modifying either the imidazolium cation or the bis(trifluoromethanesulfonyl)imide anion with ferrocene in order to determine the importance of the electroactive ion's polarity. The functionalization of an ionic liquid with ferrocene led to high concentrations of redox moieties in the electrolyte (2.4 M) and a large maximum operating voltage (2.5 V). An energy density of up to 13.2 Wh per kg (both electrodes) was obtained which represents an 83% increase vs. the unmodified ionic liquid. When the ionic liquid's anion is modified with ferrocene, the self-discharge at the positive electrode is fully suppressed due to the deposition of a film on the electrode. The results presented herein demonstrate that electroactive ionic liquids constitute a promising alternative to conventional solute in solvent electrolytes found in energy storage devices, and are particularly well-suited for redox-active electrolyte supercapacitors.