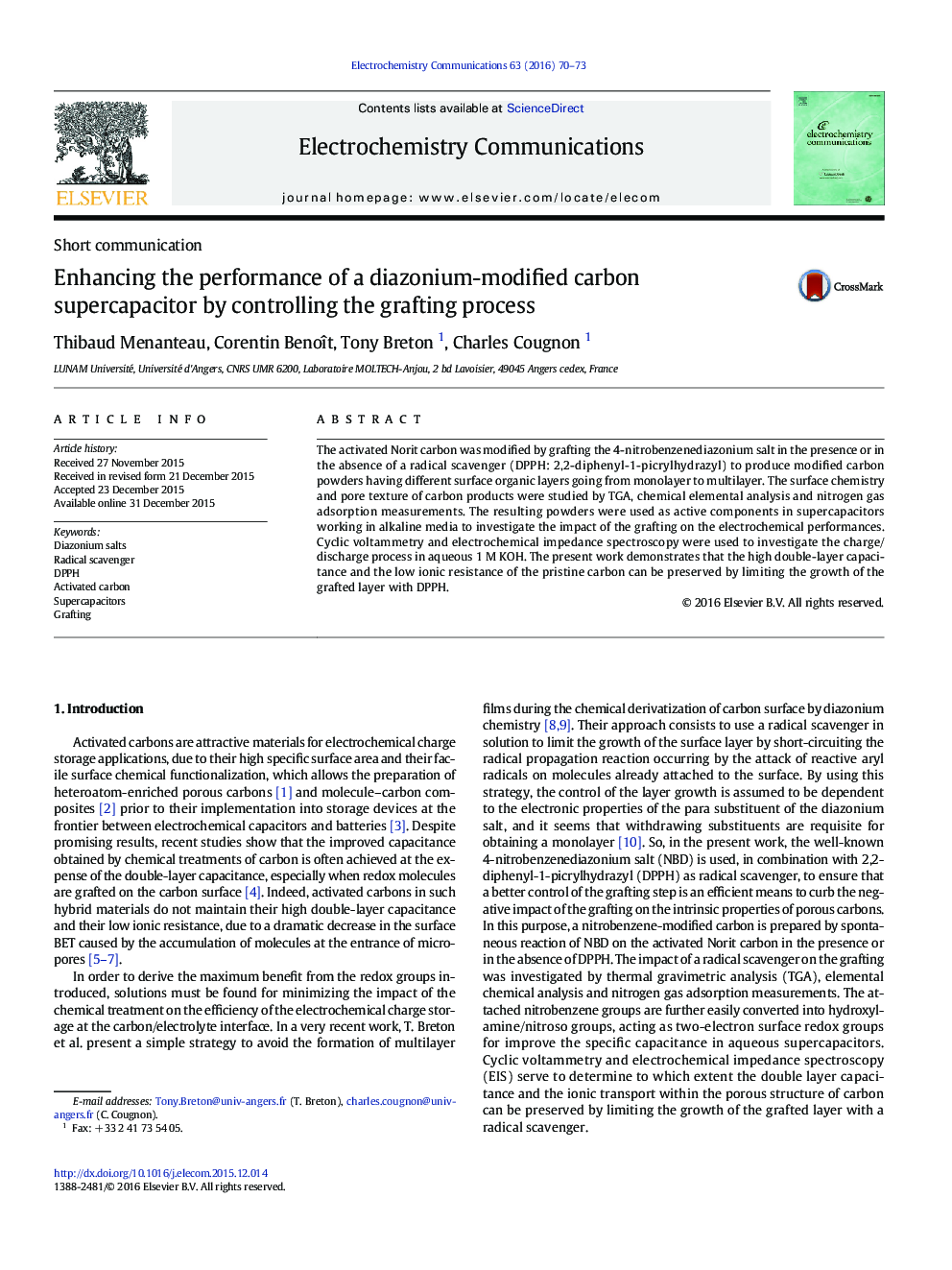 • A nitrophenyl-modified porous carbon is tested as electrode material for supercapacitors.
• The grafting procedure allows the control of the surface-layer growth.
• After grafting, the intrinsic properties of the activated carbon are maintained.

The activated Norit carbon was modified by grafting the 4-nitrobenzenediazonium salt in the presence or in the absence of a radical scavenger (DPPH: 2,2-diphenyl-1-picrylhydrazyl) to produce modified carbon powders having different surface organic layers going from monolayer to multilayer. The surface chemistry and pore texture of carbon products were studied by TGA, chemical elemental analysis and nitrogen gas adsorption measurements. The resulting powders were used as active components in supercapacitors working in alkaline media to investigate the impact of the grafting on the electrochemical performances. Cyclic voltammetry and electrochemical impedance spectroscopy were used to investigate the charge/discharge process in aqueous 1 M KOH. The present work demonstrates that the high double-layer capacitance and the low ionic resistance of the pristine carbon can be preserved by limiting the growth of the grafted layer with DPPH.