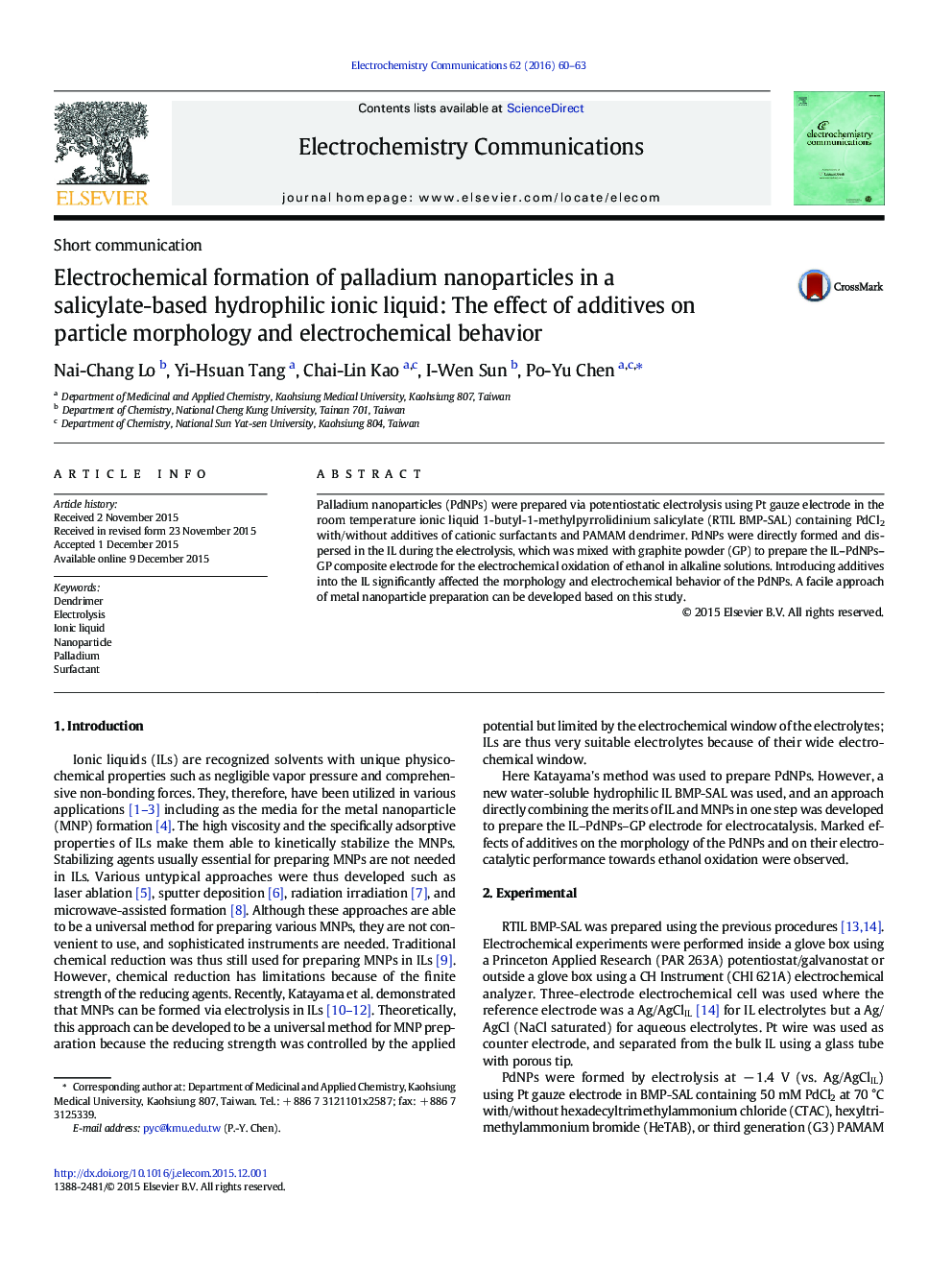 Palladium nanoparticles (PdNPs) were prepared via potentiostatic electrolysis using Pt gauze electrode in the room temperature ionic liquid 1-butyl-1-methylpyrrolidinium salicylate (RTIL BMP-SAL) containing PdCl2 with/without additives of cationic surfactants and PAMAM dendrimer. PdNPs were directly formed and dispersed in the IL during the electrolysis, which was mixed with graphite powder (GP) to prepare the IL–PdNPs–GP composite electrode for the electrochemical oxidation of ethanol in alkaline solutions. Introducing additives into the IL significantly affected the morphology and electrochemical behavior of the PdNPs. A facile approach of metal nanoparticle preparation can be developed based on this study.