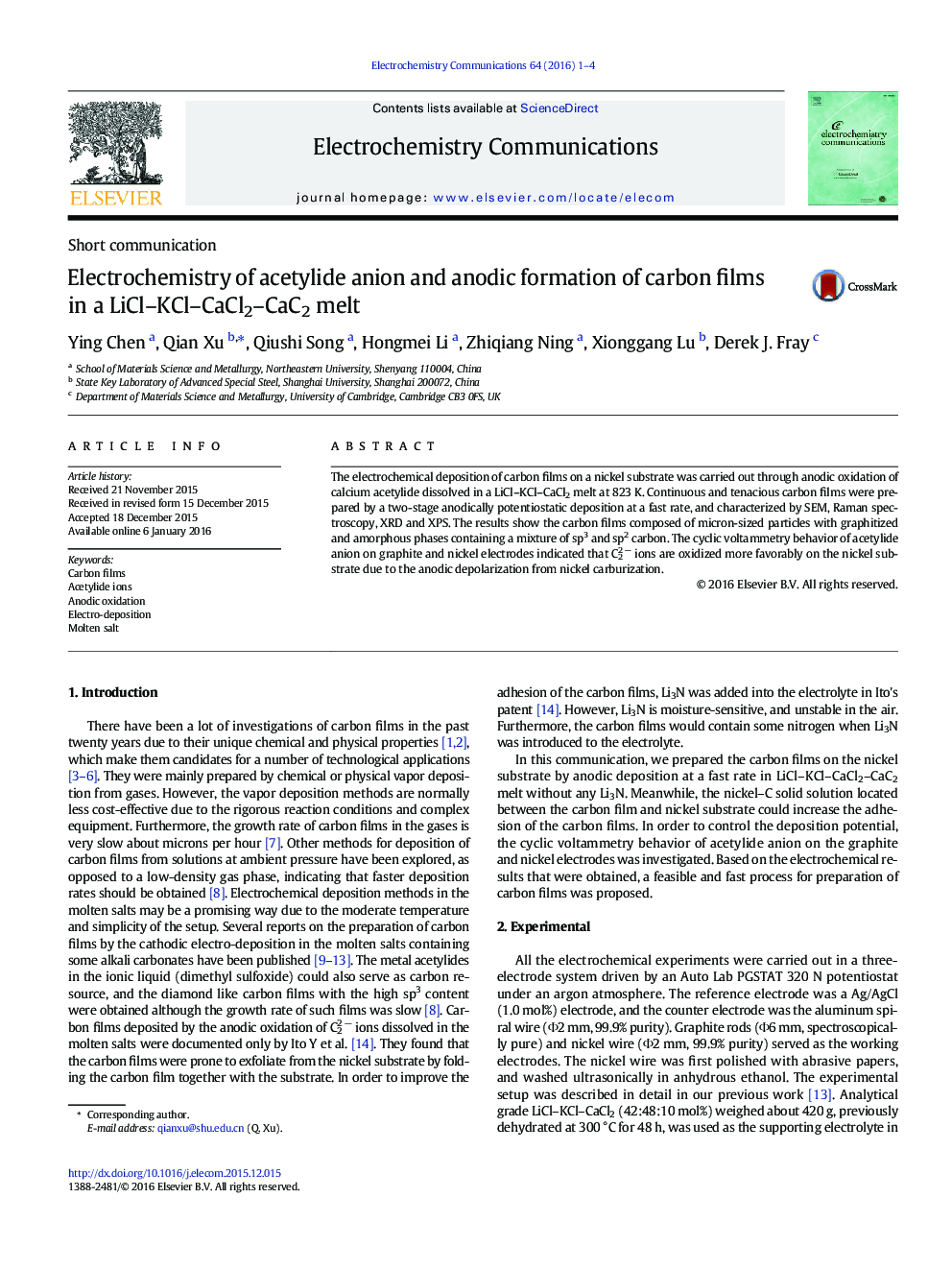 • Carbon film was prepared by anodic deposition in molten salt.
• A mixture of sp3 and sp2 with graphite and amorphous carbon phases was obtained.
• Two-stage potentiostatic deposition enables to form solid solution.
• This method can be extended to other metal substrate which can dissolve carbon.

The electrochemical deposition of carbon films on a nickel substrate was carried out through anodic oxidation of calcium acetylide dissolved in a LiCl–KCl–CaCl2 melt at 823 K. Continuous and tenacious carbon films were prepared by a two-stage anodically potentiostatic deposition at a fast rate, and characterized by SEM, Raman spectroscopy, XRD and XPS. The results show the carbon films composed of micron-sized particles with graphitized and amorphous phases containing a mixture of sp3 and sp2 carbon. The cyclic voltammetry behavior of acetylide anion on graphite and nickel electrodes indicated that C22 − ions are oxidized more favorably on the nickel substrate due to the anodic depolarization from nickel carburization.