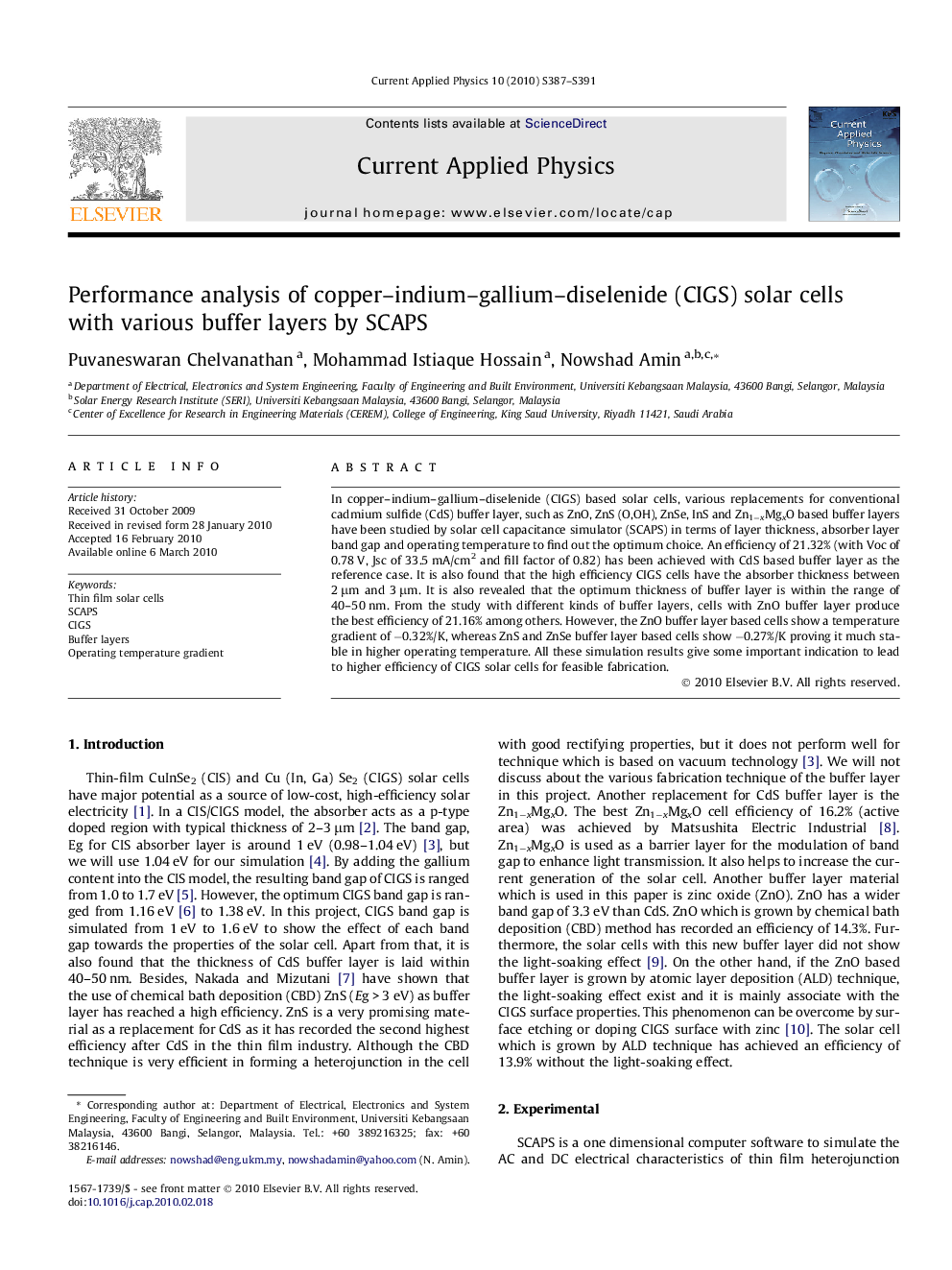 In copper–indium–gallium–diselenide (CIGS) based solar cells, various replacements for conventional cadmium sulfide (CdS) buffer layer, such as ZnO, ZnS (O,OH), ZnSe, InS and Zn1−xMgxO based buffer layers have been studied by solar cell capacitance simulator (SCAPS) in terms of layer thickness, absorber layer band gap and operating temperature to find out the optimum choice. An efficiency of 21.32% (with Voc of 0.78 V, Jsc of 33.5 mA/cm2 and fill factor of 0.82) has been achieved with CdS based buffer layer as the reference case. It is also found that the high efficiency CIGS cells have the absorber thickness between 2 μm and 3 μm. It is also revealed that the optimum thickness of buffer layer is within the range of 40–50 nm. From the study with different kinds of buffer layers, cells with ZnO buffer layer produce the best efficiency of 21.16% among others. However, the ZnO buffer layer based cells show a temperature gradient of −0.32%/K, whereas ZnS and ZnSe buffer layer based cells show −0.27%/K proving it much stable in higher operating temperature. All these simulation results give some important indication to lead to higher efficiency of CIGS solar cells for feasible fabrication.