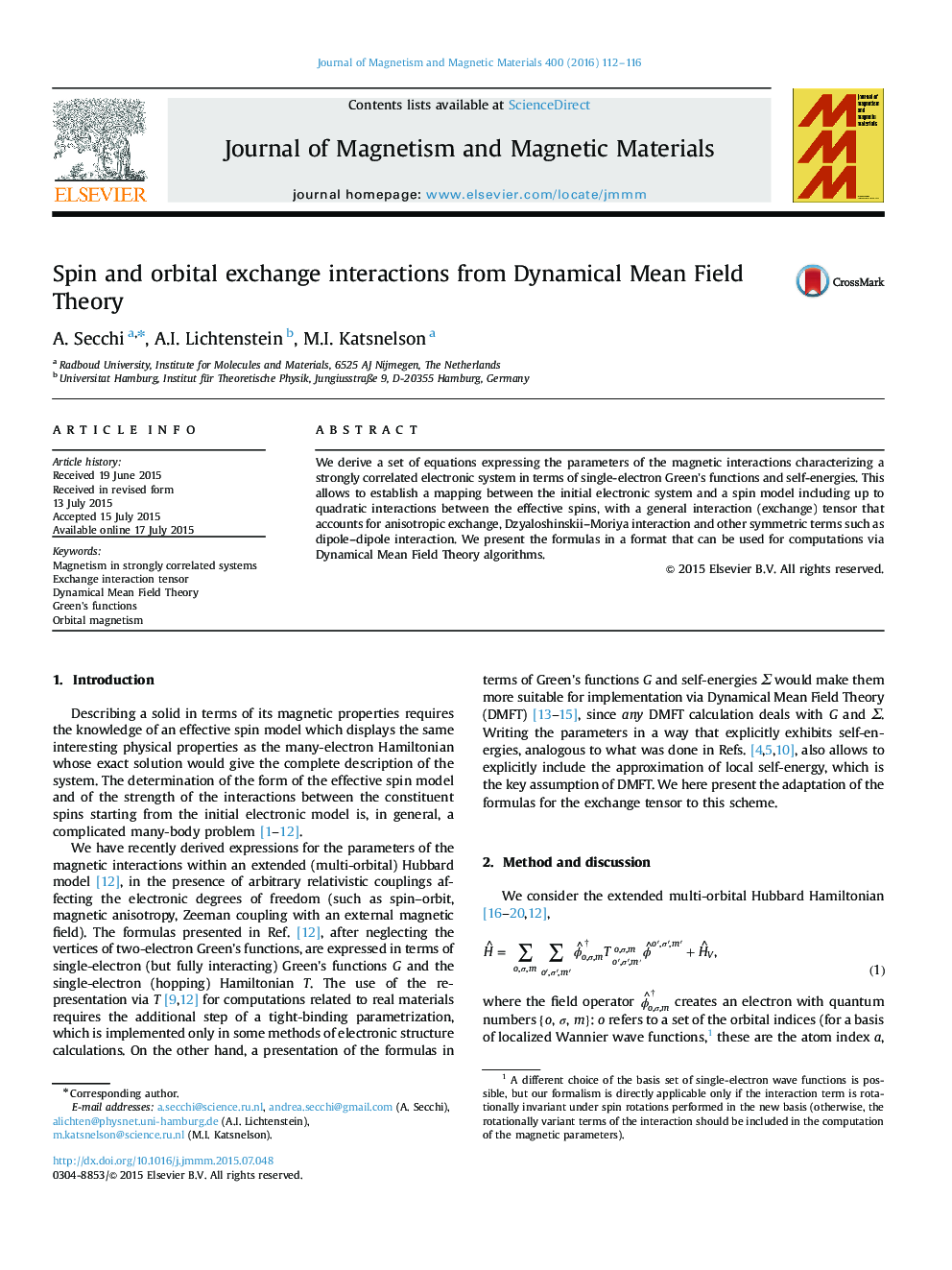 • We give formulas for the exchange interaction tensor in strongly correlated systems.
• Interactions are written in terms of electronic Green's functions and self-energies.
• The method is suitable for a Dynamical Mean Field Theory implementation.
• No quenching of the orbital magnetic moments is assumed.
• Spin and orbital contributions to magnetism can be computed separately.

We derive a set of equations expressing the parameters of the magnetic interactions characterizing a strongly correlated electronic system in terms of single-electron Green's functions and self-energies. This allows to establish a mapping between the initial electronic system and a spin model including up to quadratic interactions between the effective spins, with a general interaction (exchange) tensor that accounts for anisotropic exchange, Dzyaloshinskii–Moriya interaction and other symmetric terms such as dipole–dipole interaction. We present the formulas in a format that can be used for computations via Dynamical Mean Field Theory algorithms.