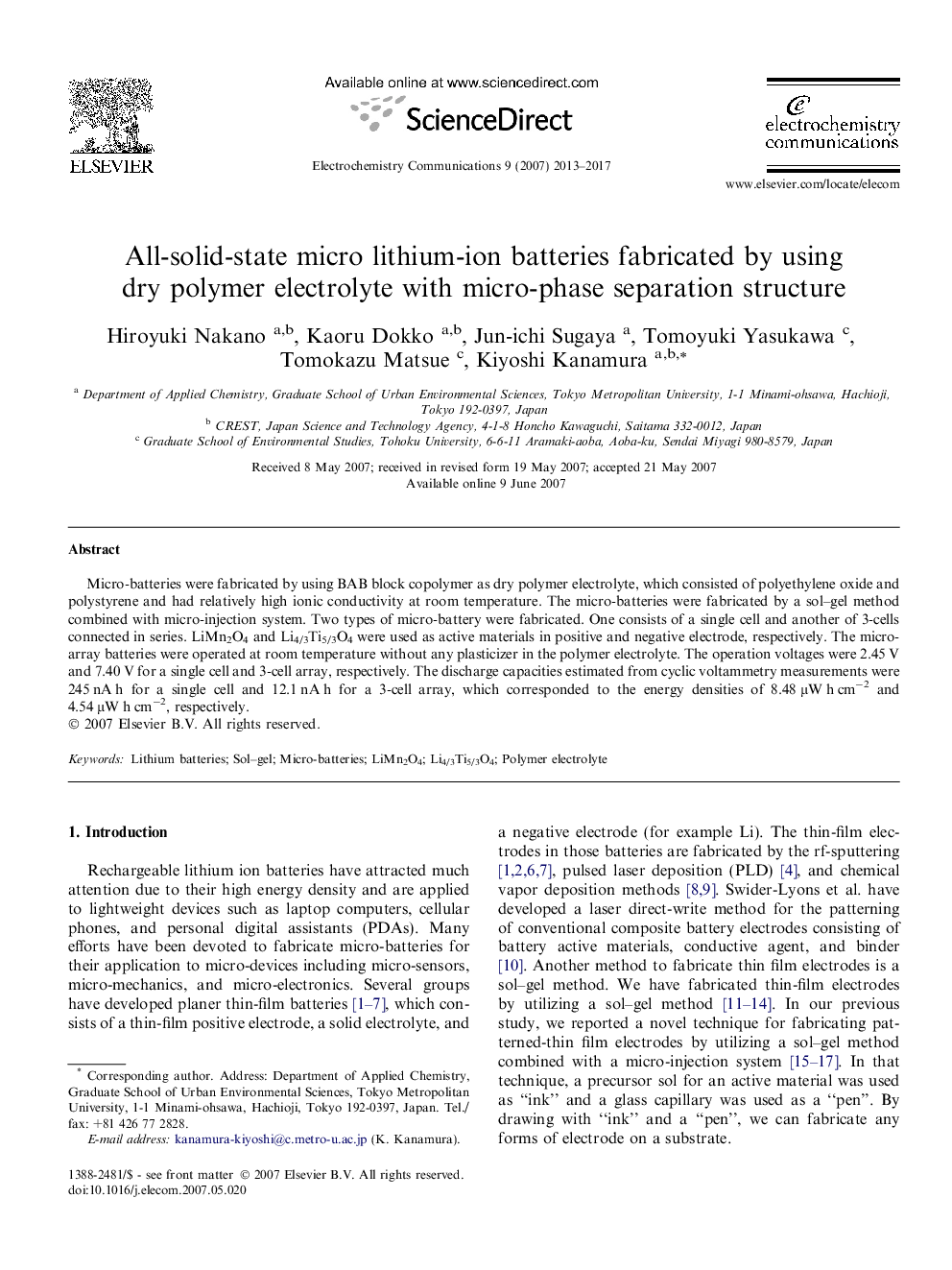 Micro-batteries were fabricated by using BAB block copolymer as dry polymer electrolyte, which consisted of polyethylene oxide and polystyrene and had relatively high ionic conductivity at room temperature. The micro-batteries were fabricated by a sol–gel method combined with micro-injection system. Two types of micro-battery were fabricated. One consists of a single cell and another of 3-cells connected in series. LiMn2O4 and Li4/3Ti5/3O4 were used as active materials in positive and negative electrode, respectively. The micro-array batteries were operated at room temperature without any plasticizer in the polymer electrolyte. The operation voltages were 2.45 V and 7.40 V for a single cell and 3-cell array, respectively. The discharge capacities estimated from cyclic voltammetry measurements were 245 nA h for a single cell and 12.1 nA h for a 3-cell array, which corresponded to the energy densities of 8.48 μW h cm−2 and 4.54 μW h cm−2, respectively.