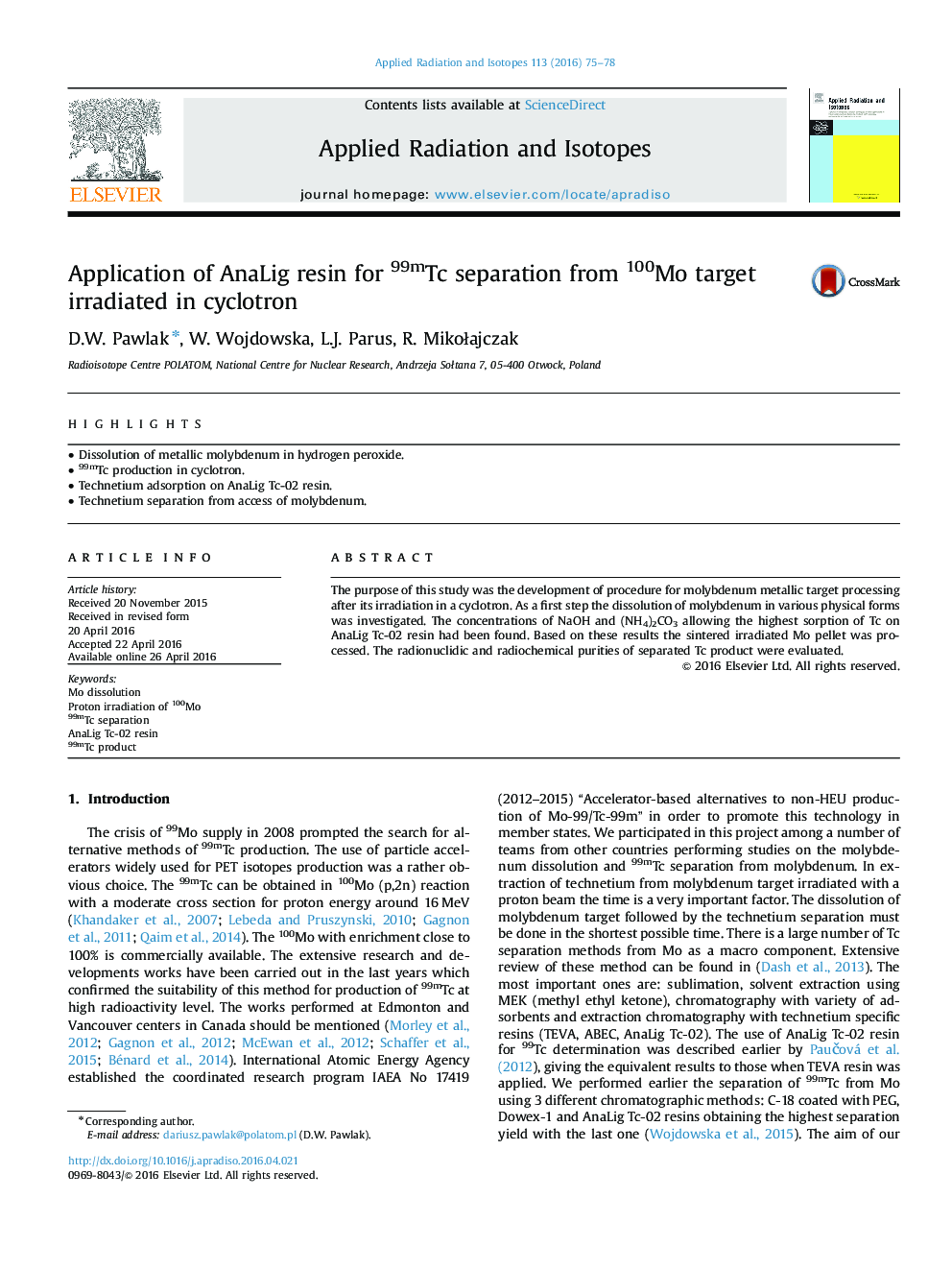 The purpose of this study was the development of procedure for molybdenum metallic target processing after its irradiation in a cyclotron. As a first step the dissolution of molybdenum in various physical forms was investigated. The concentrations of NaOH and (NH4)2CO3 allowing the highest sorption of Tc on AnaLig Tc-02 resin had been found. Based on these results the sintered irradiated Mo pellet was processed. The radionuclidic and radiochemical purities of separated Tc product were evaluated.