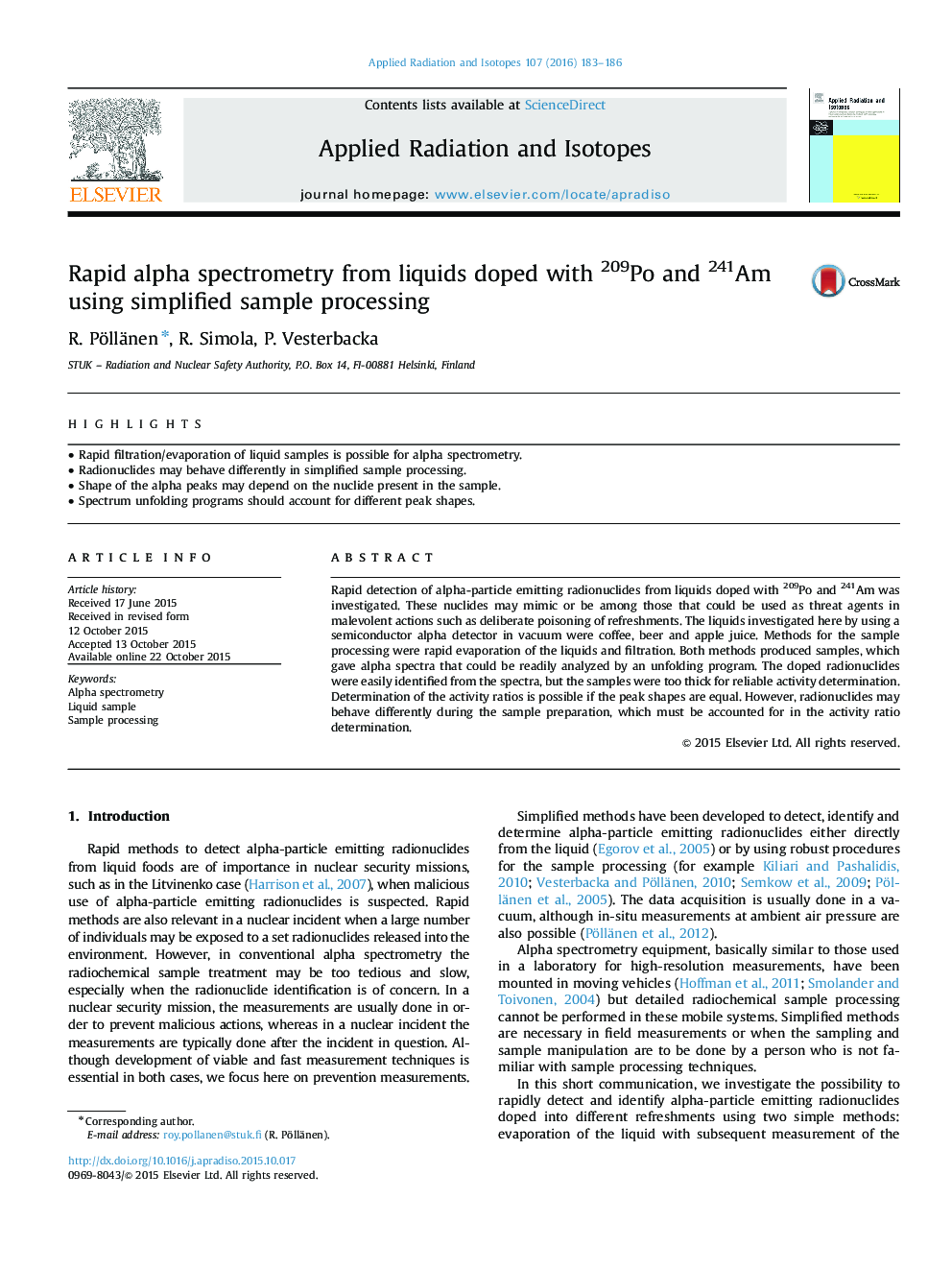 • Rapid filtration/evaporation of liquid samples is possible for alpha spectrometry.
• Radionuclides may behave differently in simplified sample processing.
• Shape of the alpha peaks may depend on the nuclide present in the sample.
• Spectrum unfolding programs should account for different peak shapes.

Rapid detection of alpha-particle emitting radionuclides from liquids doped with 209Po and 241Am was investigated. These nuclides may mimic or be among those that could be used as threat agents in malevolent actions such as deliberate poisoning of refreshments. The liquids investigated here by using a semiconductor alpha detector in vacuum were coffee, beer and apple juice. Methods for the sample processing were rapid evaporation of the liquids and filtration. Both methods produced samples, which gave alpha spectra that could be readily analyzed by an unfolding program. The doped radionuclides were easily identified from the spectra, but the samples were too thick for reliable activity determination. Determination of the activity ratios is possible if the peak shapes are equal. However, radionuclides may behave differently during the sample preparation, which must be accounted for in the activity ratio determination.