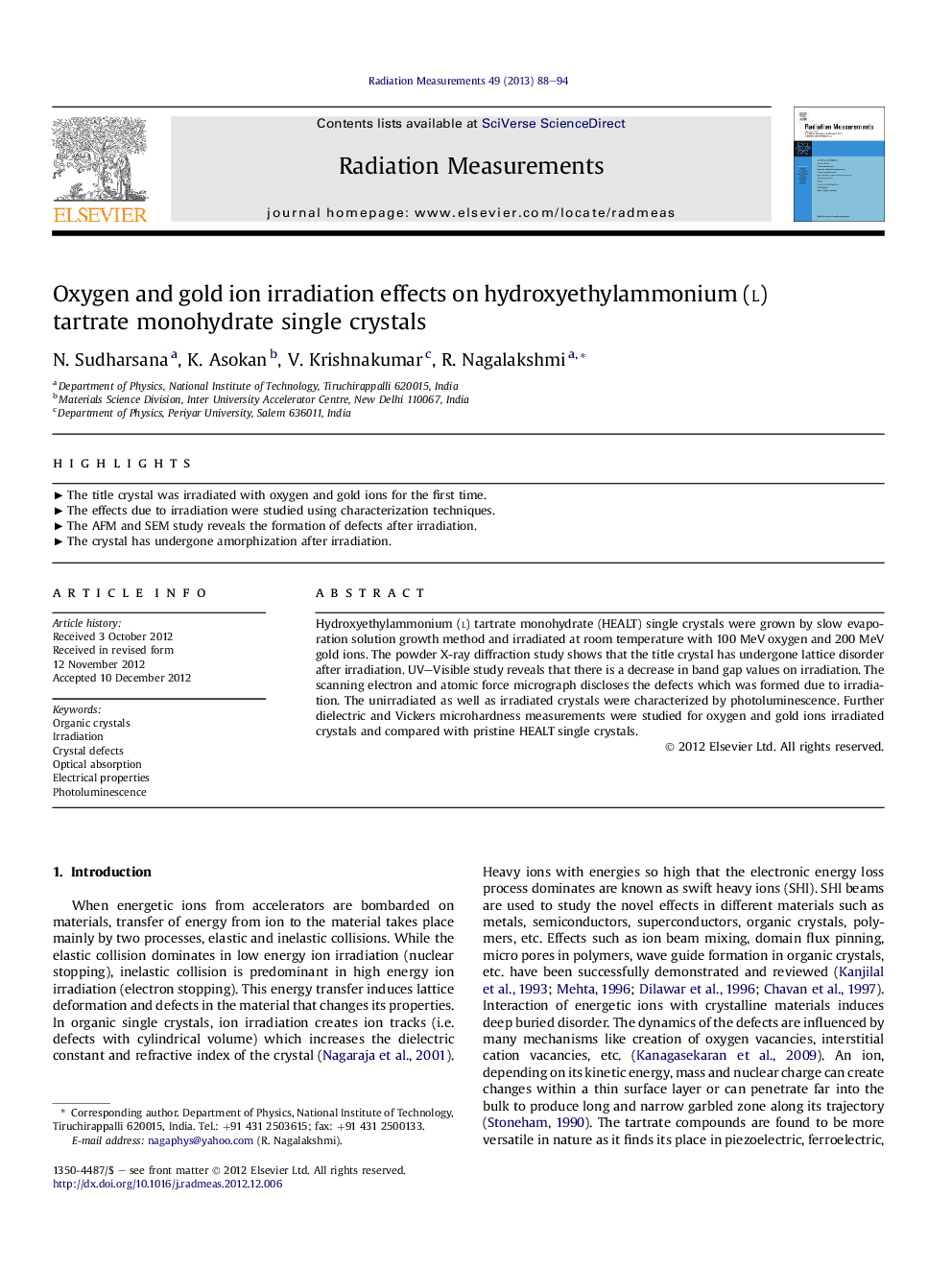 Hydroxyethylammonium (l) tartrate monohydrate (HEALT) single crystals were grown by slow evaporation solution growth method and irradiated at room temperature with 100 MeV oxygen and 200 MeV gold ions. The powder X-ray diffraction study shows that the title crystal has undergone lattice disorder after irradiation. UV–Visible study reveals that there is a decrease in band gap values on irradiation. The scanning electron and atomic force micrograph discloses the defects which was formed due to irradiation. The unirradiated as well as irradiated crystals were characterized by photoluminescence. Further dielectric and Vickers microhardness measurements were studied for oxygen and gold ions irradiated crystals and compared with pristine HEALT single crystals.

► The title crystal was irradiated with oxygen and gold ions for the first time.
► The effects due to irradiation were studied using characterization techniques.
► The AFM and SEM study reveals the formation of defects after irradiation.
► The crystal has undergone amorphization after irradiation.