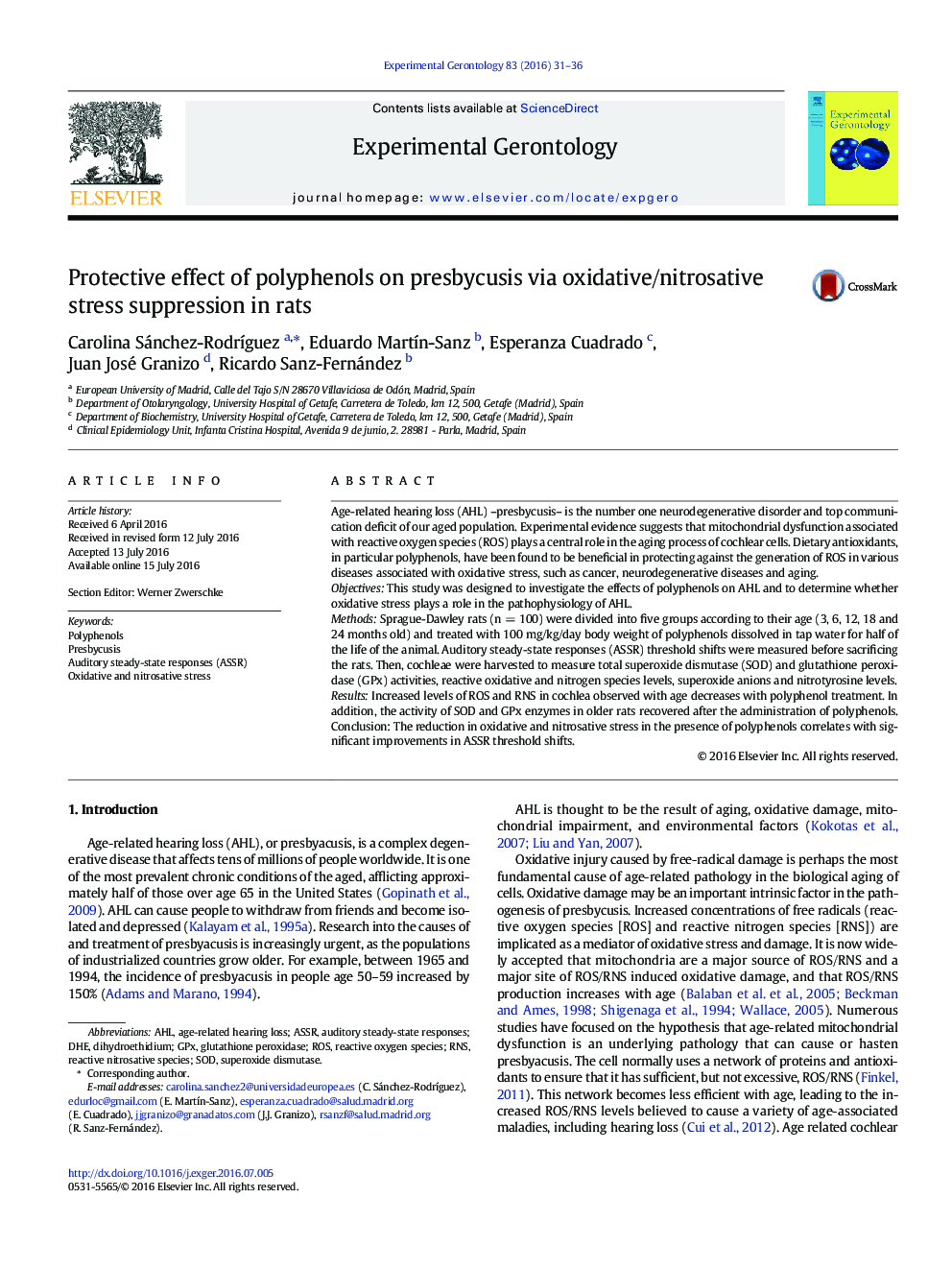 Age-related hearing loss (AHL) –presbycusis– is the number one neurodegenerative disorder and top communication deficit of our aged population. Experimental evidence suggests that mitochondrial dysfunction associated with reactive oxygen species (ROS) plays a central role in the aging process of cochlear cells. Dietary antioxidants, in particular polyphenols, have been found to be beneficial in protecting against the generation of ROS in various diseases associated with oxidative stress, such as cancer, neurodegenerative diseases and aging.ObjectivesThis study was designed to investigate the effects of polyphenols on AHL and to determine whether oxidative stress plays a role in the pathophysiology of AHL.MethodsSprague-Dawley rats (n = 100) were divided into five groups according to their age (3, 6, 12, 18 and 24 months old) and treated with 100 mg/kg/day body weight of polyphenols dissolved in tap water for half of the life of the animal. Auditory steady-state responses (ASSR) threshold shifts were measured before sacrificing the rats. Then, cochleae were harvested to measure total superoxide dismutase (SOD) and glutathione peroxidase (GPx) activities, reactive oxidative and nitrogen species levels, superoxide anions and nitrotyrosine levels.ResultsIncreased levels of ROS and RNS in cochlea observed with age decreases with polyphenol treatment. In addition, the activity of SOD and GPx enzymes in older rats recovered after the administration of polyphenols. Conclusion: The reduction in oxidative and nitrosative stress in the presence of polyphenols correlates with significant improvements in ASSR threshold shifts.