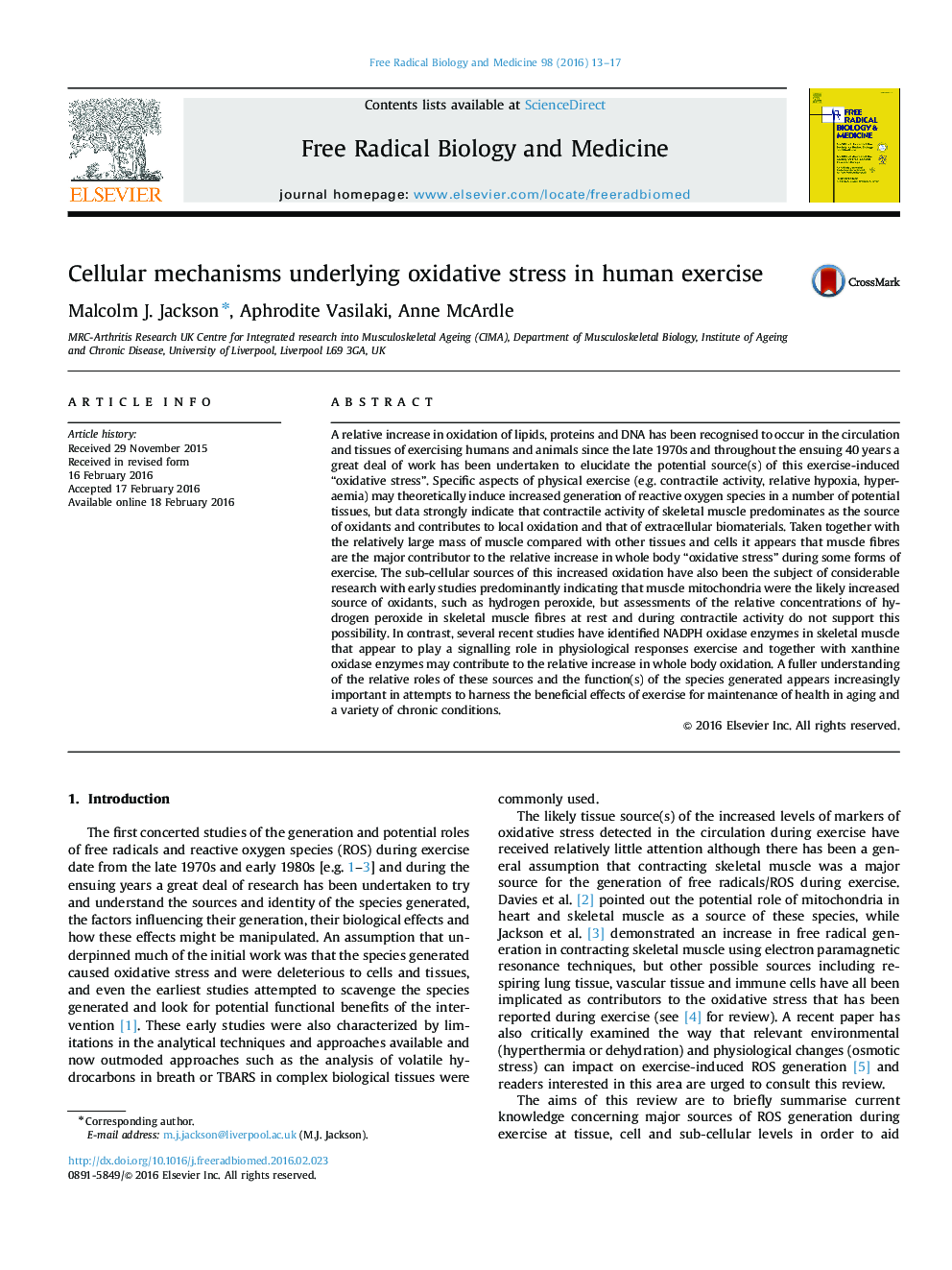 A relative increase in oxidation of lipids, proteins and DNA has been recognised to occur in the circulation and tissues of exercising humans and animals since the late 1970s and throughout the ensuing 40 years a great deal of work has been undertaken to elucidate the potential source(s) of this exercise-induced “oxidative stress”. Specific aspects of physical exercise (e.g. contractile activity, relative hypoxia, hyperaemia) may theoretically induce increased generation of reactive oxygen species in a number of potential tissues, but data strongly indicate that contractile activity of skeletal muscle predominates as the source of oxidants and contributes to local oxidation and that of extracellular biomaterials. Taken together with the relatively large mass of muscle compared with other tissues and cells it appears that muscle fibres are the major contributor to the relative increase in whole body “oxidative stress” during some forms of exercise. The sub-cellular sources of this increased oxidation have also been the subject of considerable research with early studies predominantly indicating that muscle mitochondria were the likely increased source of oxidants, such as hydrogen peroxide, but assessments of the relative concentrations of hydrogen peroxide in skeletal muscle fibres at rest and during contractile activity do not support this possibility. In contrast, several recent studies have identified NADPH oxidase enzymes in skeletal muscle that appear to play a signalling role in physiological responses exercise and together with xanthine oxidase enzymes may contribute to the relative increase in whole body oxidation. A fuller understanding of the relative roles of these sources and the function(s) of the species generated appears increasingly important in attempts to harness the beneficial effects of exercise for maintenance of health in aging and a variety of chronic conditions.