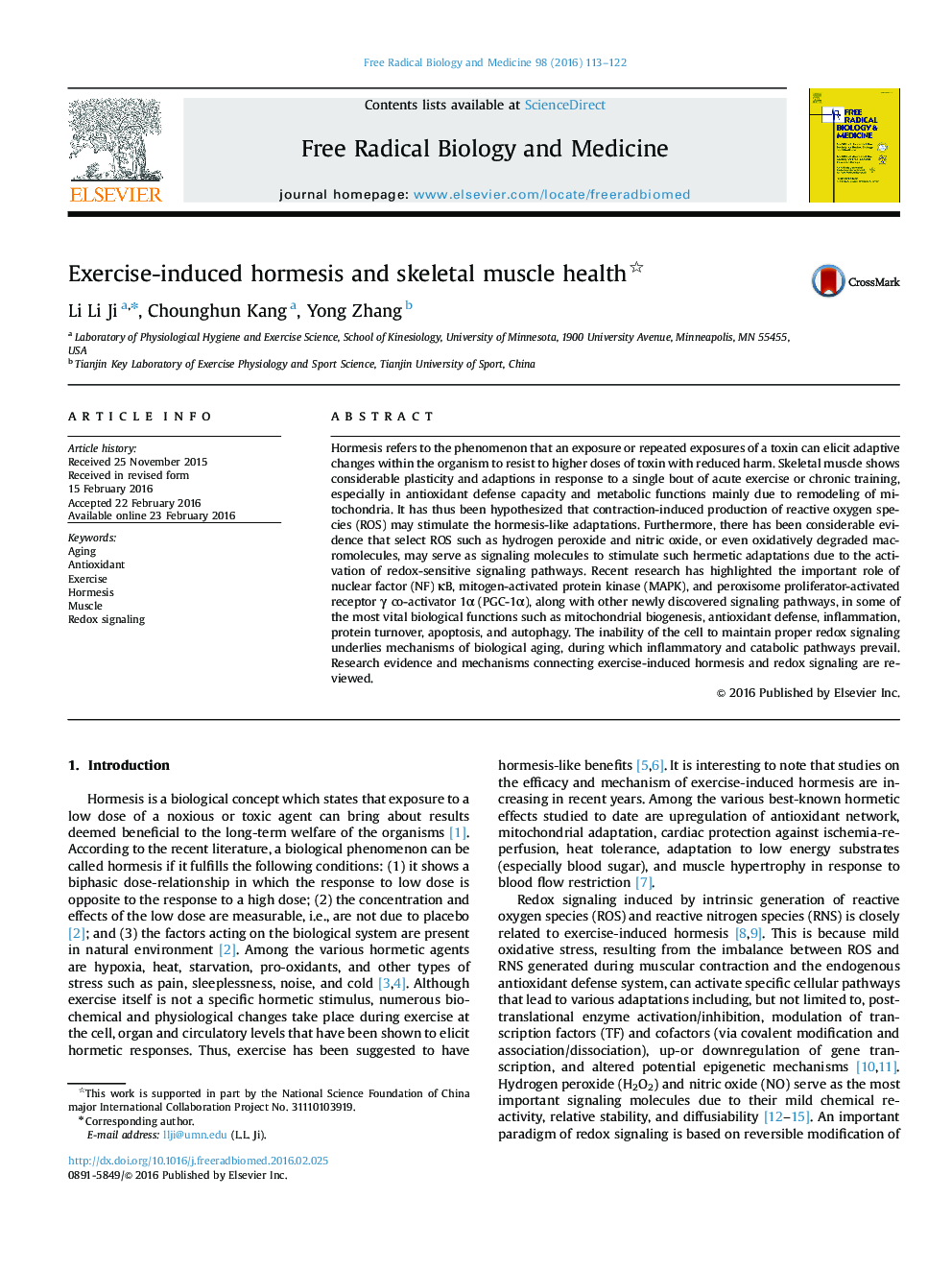 Hormesis refers to the phenomenon that an exposure or repeated exposures of a toxin can elicit adaptive changes within the organism to resist to higher doses of toxin with reduced harm. Skeletal muscle shows considerable plasticity and adaptions in response to a single bout of acute exercise or chronic training, especially in antioxidant defense capacity and metabolic functions mainly due to remodeling of mitochondria. It has thus been hypothesized that contraction-induced production of reactive oxygen species (ROS) may stimulate the hormesis-like adaptations. Furthermore, there has been considerable evidence that select ROS such as hydrogen peroxide and nitric oxide, or even oxidatively degraded macromolecules, may serve as signaling molecules to stimulate such hermetic adaptations due to the activation of redox-sensitive signaling pathways. Recent research has highlighted the important role of nuclear factor (NF) κB, mitogen-activated protein kinase (MAPK), and peroxisome proliferator-activated receptor γ co-activator 1α (PGC-1α), along with other newly discovered signaling pathways, in some of the most vital biological functions such as mitochondrial biogenesis, antioxidant defense, inflammation, protein turnover, apoptosis, and autophagy. The inability of the cell to maintain proper redox signaling underlies mechanisms of biological aging, during which inflammatory and catabolic pathways prevail. Research evidence and mechanisms connecting exercise-induced hormesis and redox signaling are reviewed.