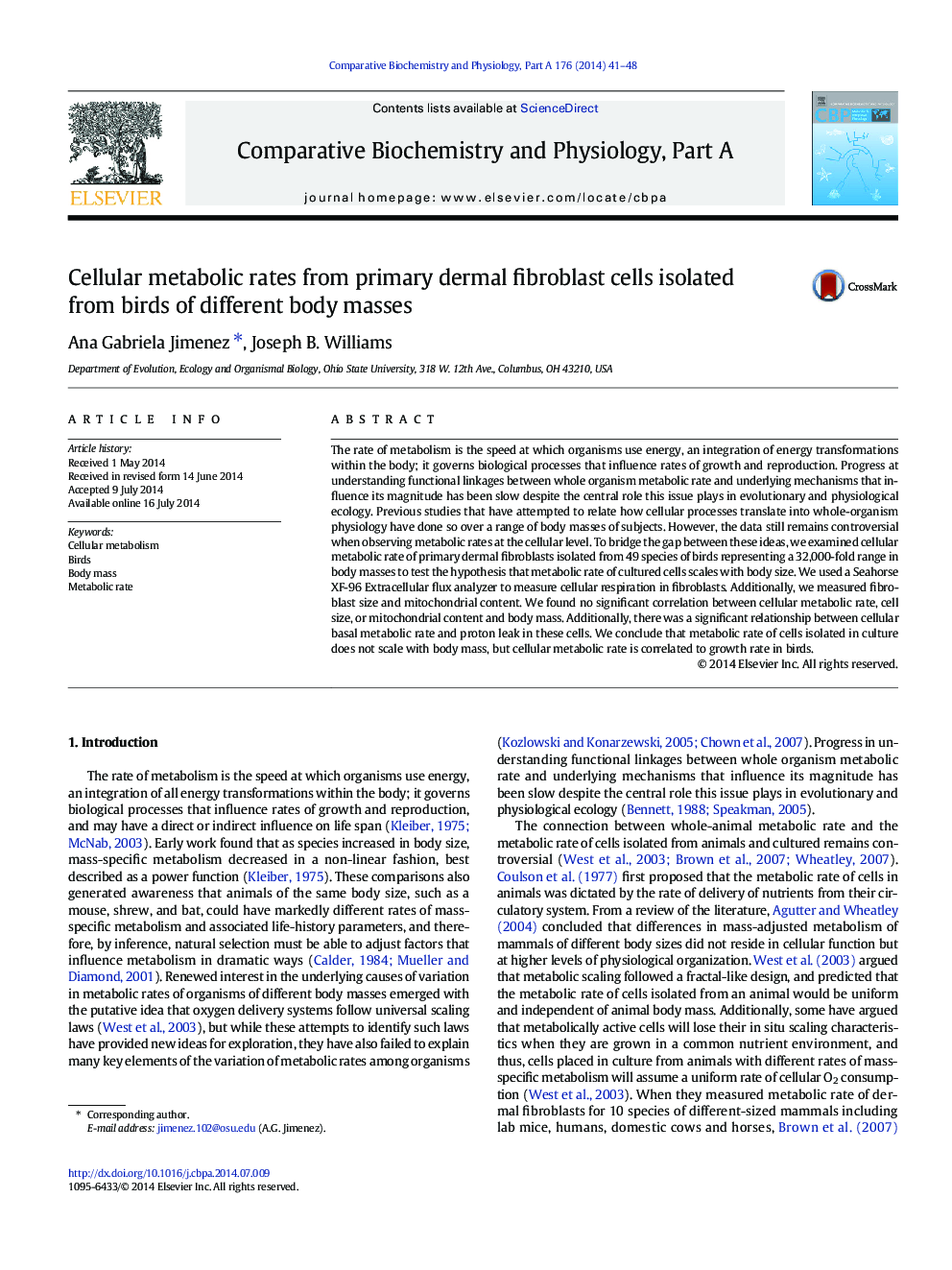 The rate of metabolism is the speed at which organisms use energy, an integration of energy transformations within the body; it governs biological processes that influence rates of growth and reproduction. Progress at understanding functional linkages between whole organism metabolic rate and underlying mechanisms that influence its magnitude has been slow despite the central role this issue plays in evolutionary and physiological ecology. Previous studies that have attempted to relate how cellular processes translate into whole-organism physiology have done so over a range of body masses of subjects. However, the data still remains controversial when observing metabolic rates at the cellular level. To bridge the gap between these ideas, we examined cellular metabolic rate of primary dermal fibroblasts isolated from 49 species of birds representing a 32,000-fold range in body masses to test the hypothesis that metabolic rate of cultured cells scales with body size. We used a Seahorse XF-96 Extracellular flux analyzer to measure cellular respiration in fibroblasts. Additionally, we measured fibroblast size and mitochondrial content. We found no significant correlation between cellular metabolic rate, cell size, or mitochondrial content and body mass. Additionally, there was a significant relationship between cellular basal metabolic rate and proton leak in these cells. We conclude that metabolic rate of cells isolated in culture does not scale with body mass, but cellular metabolic rate is correlated to growth rate in birds.